"bag wheels was not fitting in"

✅ Trip Verified | Thessaloniki to Stansted. Its ridiculous how small is the cabin bag size allowed. I had to pay 25€ because my bag wheels was not fitting in. This is my last time traveling with this company.
1/10

"the entire experience was disgraceful"

✅ Trip Verified | London Stansted to Warsaw with Ryanair. Charged extra because bag had wheels despite being in wight limit, employee rolled eyes and said "It's Ryanair you have to pay for everything". The plane was horrible and the entire experience was disgraceful.
1/10

Not Verified | Copenhagen to Dublin. Normal flight. However penny pinching by Ryanair. Lucky I travel with nothing but my passport and wallet. Otherwise with the “extras” I would have paid double my fare. An atrocious airline which I would dissuade anyone from traveling with. A disgusting display in the broader EU market of flight fare. I’ve flown cheaper from England via a transfer than I have direct from Dublin. An absolute disgrace to call this an Irish service as a proud wexford man.
9/10

Not Verified | After a slight delay in departure and an incredibly long day of frustration after frustration, we finally boarded the plane. My heart sank when I saw my phone battery at 10%. I searched for a charging port at the seat, unfortunately nothing (drawback of having such well priced tickets). I asked a flight attendant if there was a charger at the back but he told me there wasn’t any. However, he came back a minute later to offer me his personal charger. That’s what I consider going above and beyond. He had no reason to offer his personal belongings to a customer but he did it anyway. Ryanair, keep up the good work and take care of your incredible staff! Couldn’t be more happy!
1/10

Not Verified | I have booked my flight that was not a direct one. I booked on an intermediary website. I see on my ticket that I can take to the cabin a 9kg luggage. Two hours before my flight I was finally able to download my boarding pass, that’s when I discover I don’t have a carry on and should pay 25€ for it and with a transit this means 50€ which was the price of the ticket. I had no choice and the staff are the worst ever, the plane is noisy with staff passing by selling stuff constantly. They forced me to leave my luggage aside at the boarding gate and couldn’t take it with me in the cabin. I couldn’t edit my reservation on the ryanair app and make it a "priority" one because they were asking for the email address and I booked through a website. Why couldn’t I just enter my last name with the reservation number? Worst treatment for its customers by far, worst ever. Plus they charge people big amounts of money if they show up at the gate with no boarding pass. A few years back I had a different story with them and still forgave them and booked from them, never again.
1/10

✅ Trip Verified | Krakow to Edinburgh. Money making company. Not only do you pay expensive flight fairs you also have to pay for the bare minimum such as sitting next to someone on the flight. It is a kick in the teeth to see there are many seats left next to each other yet you've still got to pay an extra £13 to sit beside each other. It is quite clear they treat non-priority customers very different, staff were rude telling customers to get out of the priority line and 'stand over there', another staff member inspecting all the small bags. I will never fly with this company ever again. 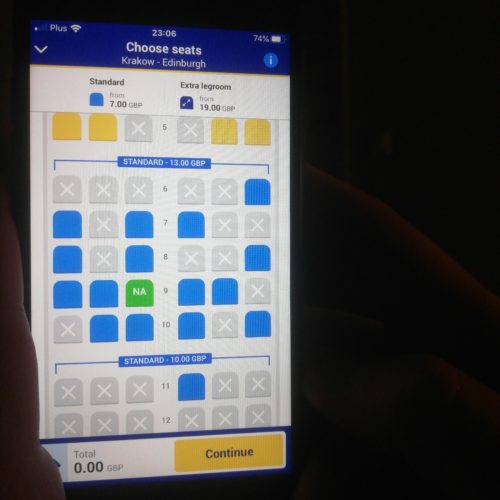 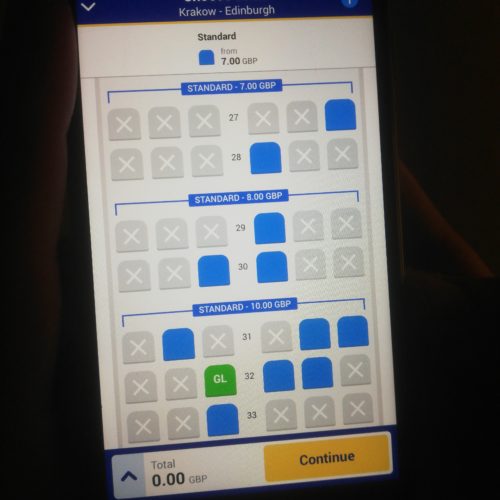 "not care about its customers"

✅ Trip Verified | I arrived to the airport in Rome, Ciampino and stood in line for the check in 1.5 hours before the boarding time. I was supposed to check in my luggage since I had also a small backpack and Ryanair policies do not allow the carry on of two pieces of luggage on board (the check in of this second bag was included in the ticket that I bought). While I was waiting in line (there were 50 people before me) the check in for Eindhoven suddenly closed without any announcements and I was not able to check in my extra luggage. The Ryanair lady at the counter told me that there was nothing that could be done, she told me to try and go directly to the gate and ask to make an exception so that I can bring my luggage onboard since it was a hand luggage and the check in closed without any warnings or announcements. When I arrived to the gate, another Ryanair lady told me that exceptions can not be made since internal policies obligate you to check in extra pieces of hand luggage. I tried to told her what happened but I had to pay a fee of EUR 25,00 and was not able to take the baggage on board. I was forced to hand it in before entering the plane and that was the last time I saw it being placed into the airplane hold without any damage, being perfectly intact. When I arrived to Eindhoven my luggage was returned through the luggage belt, and it was completely torn apart. I went to the damaged luggage counter to ask how to proceed since Ryanair was responsible for destroying my luggage! The lady at the counter told me that I had to fill in a complaint and then go to the Ryanair website and ask for a refund. I did everything as needed, including going to the police bureau at the airport in Eindhoven. Ryanair told me that they could not do anything about what happened except refunding me with EUR 20,00. The reason why they could not do anything about it was that, since I could not hand in the receipt of my luggage - bought some years ago - they could not make sure how much the luggage was worth, why and how on earth should one keep the receipt of a luggage that was bought years before? Ryanair does not care about its customers, neither did they in the past, nor will they in the future! If you book with Ryanair you basically pay to be treated like a beast in a cattle truck.
10/10

✅ Trip Verified | Cork to Malaga. Everything went smoothly and perfectly. Lovely professional and courteous staff. Kind, helpful, friendly and beautifully presented. Fantastic flight, no delays and smoothest landing ever. Price of flight was brilliant too - cheaper than the taxi fare from airport.
2/10

"do not make even a single mistake"

Not Verified | Berlin to Kerry. Ryanair has some good deals, to be sure. But do not make even a single mistake or you will pay through the nose for it. The worst, in my opinion, is if you add a child later to your booking. You cannot simply add the child, as this would be logical. Instead, you have to book a separate adult far, all the "pay per minute" line to speak to someone, then pay an extra 30 euro "link fee." The only other option is to discard your original tickets and start from scratch. Don't let your carry ons be even a millimeter over the size limit or you'll be hit by a hefty fee. I get this is their business model, but it's a model that leave fliers hating the airline.
9/10

✅ Trip Verified | The only way to get from Krakow to Venice or close by is to fly with Ryanair, which is usually not my first choice, but I have to be honest that this time, maybe by going with no expectations I was very satisfied. E flew out on time and the aircraft was very clean and spacious, it was a B737-900, I think not -800 or at least it was renewed. We took the bus until the plane and boarded from back door. There´s not a lot comment more about the flight as basically this 2h flight I didn´t consume any type of food or beverage’s products and neither bought anything from the in-flight duty free. Overall, by not having expectations the flight went definitely very well.
11 to 20 of 1880 Reviews