"effortless to pass through"

✅ Trip Verified | This is a really nice airport and effortless to pass through - had we known we wouldn't have arrived so early for out departure! The airport is very small, smaller than most regional city aiports in the UK, but clearly has had a lot of money spent on it's development by Stobart Aviation. Security was painless and friendly, and the ground staff very helpful - my partner left a gift he bought in duty-free in the terminal after boarding the aircraft, the ground team in cooperation with easyJet crew very helpfully found it and retrieved it for him - this would have never have been done in Stansted or Gatwick! Although admittedly they are a lot bigger with more flights. If there was a criticism it would three points. Firstly that there isn't much to do once airside as it is that small - only really two food options owned by the same people and a WHSmith, if we used it again we wouldn't arrive so early. Secondly the lack of air-bridges also detract from the boarding experience as you are kettled in small caged holding area which is exposed to the wind before having to board in the open air. Lastly whilst it was easy to get to the airport as it took a mere 45 minutes and only £5 for a ticket (much cheaper Stansted and quicker), on the way back there was engineering works and we found the lack of flexibility in using our tickets during these unusual operations on the part of the train operator extremely frustrating! It would be great if the airport could create a better experience in co-ordination with the train operators during periods like this - it can be done after all they did privately build the station themselves to serve the airport!
10/10

❎ Not Verified | Excellent airport. Everything was straightforward and without hassle going and returning. On the way out security checked an item in my bag which got left behind. Lost property were easy to contact and responded relatively quickly. They did not have the item at the time of contact but they liaised with the other departments and were able to fully recover my items. A big thank you to security and lost property for their kind assistance in ensuring my items got to me safely. I would recommend flying from Southend Airport.
2/10

"nobody was available to assist her"

✅ Verified Review | We had booked special assistance for my 85 year old mother who flew out from Southend this morning to Murcia. She arrived at the airport for her flight and went to the special assistance desk, to be told by the male assistant that nobody was available to assist her. She then had to find her own way through customs and board the plane despite having breathing problems that must have been obvious to staff around her, as she had to keep stopping on the stairs to lift her luggage up. I assumed incorrectly that the airport had a duty to assist customers who had booked for special assistance. Absolutely disgusted.
9/10

"Southend is a great little airport"

✅ Verified Review | Southend is a great little airport. We parked in Long Stay 2, which was an easy 5 minute walk from the check in area. Bag drop was very quick and easy. Security clearance was efficient and adequate staff on duty. Departures area is quite small but ok for the number of flights the airport supports. A small duty free selection and magazine shop together with a couple of eating options. You walk from the terminal to the plane, so this could be a disadvantage in poor weather. Our arrival experience was also good, we were travelling with a young child and the stroller was delivered as you get off the plane. Immigration was very good with plenty of staff on duty. We had collected our bags and left the airport in 20 minutes from touchdown.
5/10

"Not a pleasant experience"

❎ Unverified | Normally use other locations but for convenience on this occasion I chose to use Southend. Seemed like a good little airport to be honest was simple, modern and pretty easy to navigate. However the toilets in the main atrium area were horrendous. I would say no attendant had visited since at least the night before and this was at 9am. Toilet roll was all over the floor in every cubicle and every single pan I tried to use was decorated with excrement. Not a pleasant experience for anyone to have to endure. 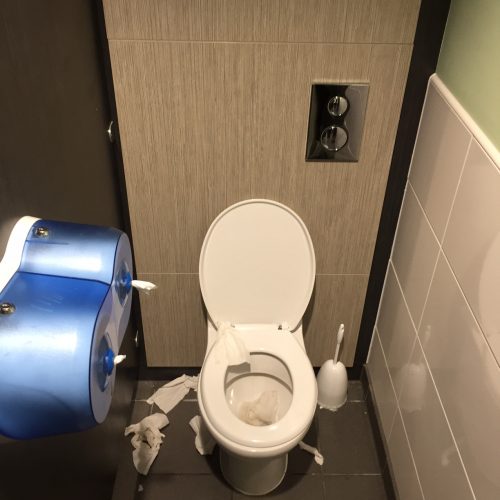 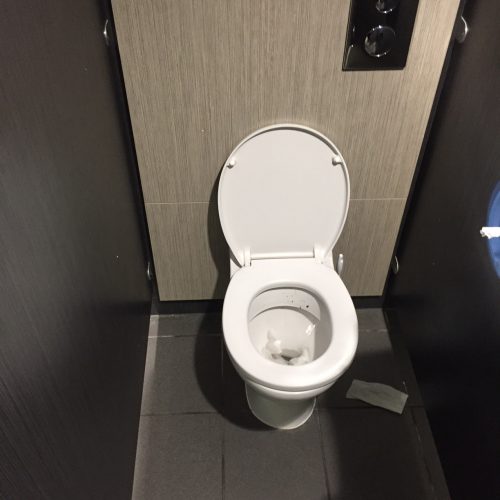 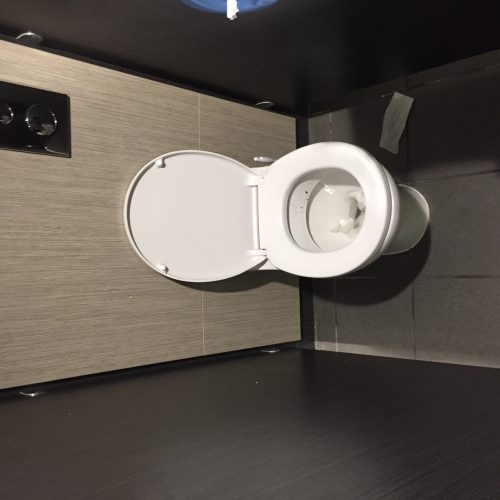 "not a professional airport"

Really terrible - complete shambles, not a professional airport. I definitely wouldn't choose this if I had the option of another more established London airport, especially not business travel or if you want to be somewhere on time. Should be the absolute last option. Awful customer service, hardly anyone about to help.
4/10

"worst airport ever regarding connections"

✅ Verified Review | Worst airport ever regarding connections! Their website doesn't mention opening hours and I found out from another website that it's closed during the night. I was planning to wait for my flight at the airport which was first thing in the morning and a few hours before I left my house I figured out it would be a nightmare so I changed my flight and the airport obviously. Trains take 53 mins only during day time and not always. Also you have to change most times to take a bus or walk to the next station. The most annoying thing though is that they don't mention the opening hours in their website. Also London southend airport? Please call it Southend airport. Which London airport would close during the night?
5/10

"staffing levels have been reduced"

My wife is disabled and we have always received excellent 'special assistance' at Southend which we use about 6 times a year. We had a problem in January when she was abandoned in the baggage hall whilst the ground staff went to deal with some lost luggage. We were later told by a manager at Southend that staff have to 'multi-task' in carrying out a range of duties but that staff training would reinforce the need to give priority to people and not luggage. But things were even worse on our return from Palma this Saturday. There was only a single member of ground staff to help three special assistance passengers, two of who (including my wife) needed a wheelchair. She directed us to the Customs hall to collect these chairs and then very reluctantly took us through Customs to the baggage carousel. There we were very abruptly told that that was a far as she was required to help and left us with no chair and nowhere to sit. A border agency officer saw our plight and gave us some assistance. These two incidents suggest that staffing levels have been reduced to such an extent that the assistance for passengers is at a bare minimum. This does appear to be to be the case for those arriving - our experiences at departure could not be more different - plenty of helpful and happy staff.
6/10

"we waited and waited"

Late evening arrival on EZY. A short walk from aircraft to the corridor virtually direct to passport control. The usual time-wasting snaking to and fro across the room before we arrived at desks. Immigration was fast and easy. Then off to baggage claim. Where we waited. And waited. Eventually after all Stobart employees had beaten a retreat a message to the irritated and tired passengers to tell us that bags were being examined and would be coming out one by one. Triumph for Border Force. How to really irritate people and for what?
7/10