✅ Trip Verified | Thai Smile Airways have copied the European-style ghastly business class, that's just an economy seat with the middle seat blocked. At least Thai Smile instead of calling it 'business class', branded it 'Thai Smile Plus' - Premium Economy. My flights from Bangkok to Chiang Rai and from Chiang Mai to Bangkok however were pleasant enough to give it a thumbs up. There was a separate check-in desk for premium economy passengers, and my boarding passes gave me access to the Royal Silk Lounges. Priority boarding was not announced, instead, a small placard was held up high for those in Premium Economy to board first. And boarding on both flights was very smoothly handled and the outbound flight actually departed 15 minutes early. Interestingly, at Bangkok Airport, the runway from the air jetty was incredibly close, so much so that we taxied for just one minute and then took off. On board, the cabin crew, in their bright orange attire, greeted me politely with a 'sawadee ka' greeting, and despite their face masks, I could see a smile. The premium cabin with just 12 seats was in the usual Thai Airways colours. The seat pitch was an inch or so more than economy, and for an hours flight, it was fine. Before departure, a flight crew member took the meal order from each passenger, with a choice of two items - rice or noodles. On the outbound flight, I chose the chicken with rice, which came piping hot, so much so that the vegetables were in fact overcooked! On the return flight, it was noodles with shrimp. Small potions, but tasted delicious. No alcohol is served on domestic flights. Both flights were uneventful, on time, with nothing to complain about, and were a very enjoyable experience. 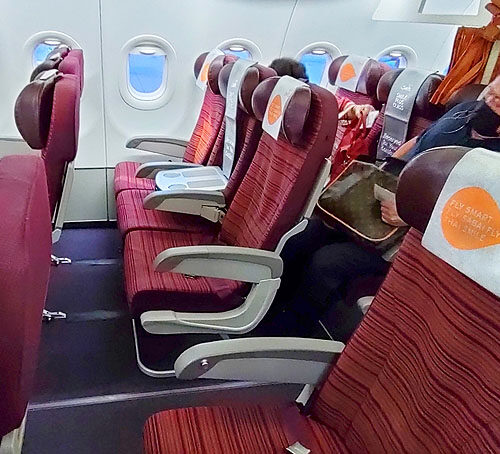 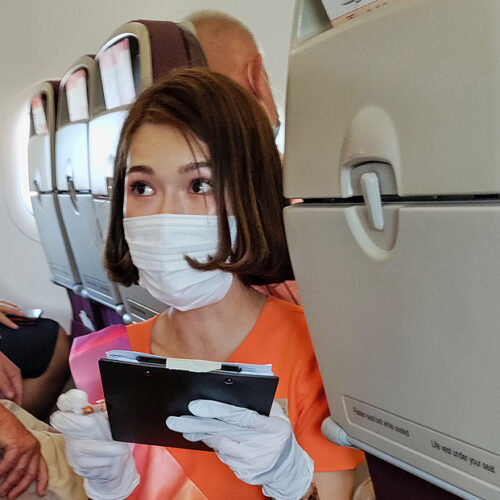 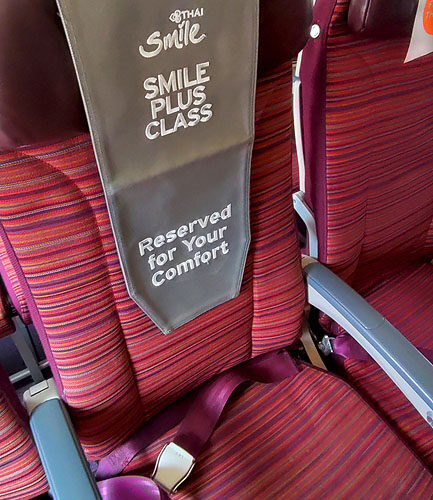 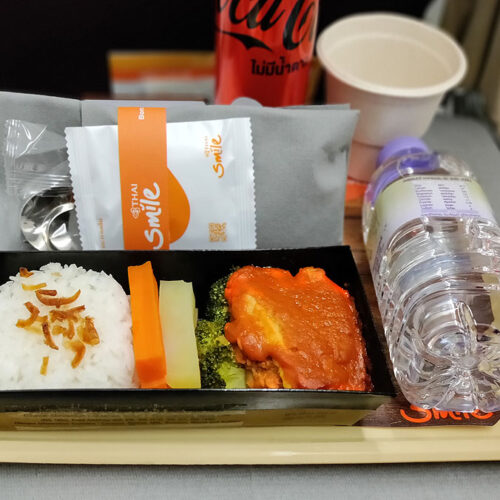 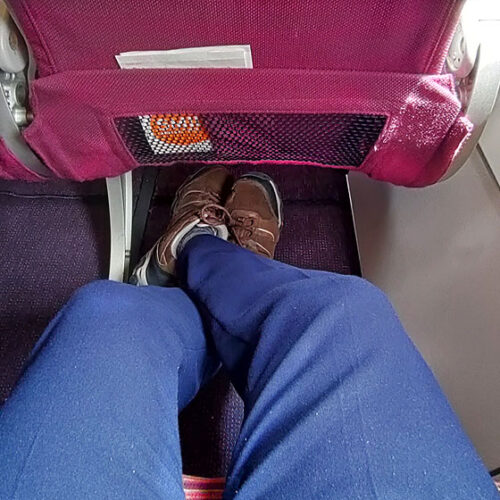 "a very safe and pleasant flight"

✅ Trip Verified | Thai Smile as always before, was a pleasure to fly with. I can only recommend this airline to everybody. On time, if it lies in their hands! Reliable airplanes. Perfect Covid measures. All together a very safe and pleasant flight. And calculating the 20Kg luggage included, a very reasonable option.
10/10

Not Verified | Good airline and service, clean, comfort, standard and punctual. I’ll choose this airline for the next time again and will suggest to others as well.
9/10

✅ Trip Verified | Appreciated for Good service and Politeness of all ground staff and cabin crew. Good arrangement for passenger who need to transfer to next flight during flight delay circumstance due to heavy rain before take off. Good safety and clean aircraft
9/10

✅ Trip Verified | First time flying Thai Smile and all went very smoothly. Flight was on time, and we landed a bit early. A nice light meal was served on board. Deplaning was fast and transportation from the plane on the bus was quick. Flight attendants were efficient and nice.
10/10 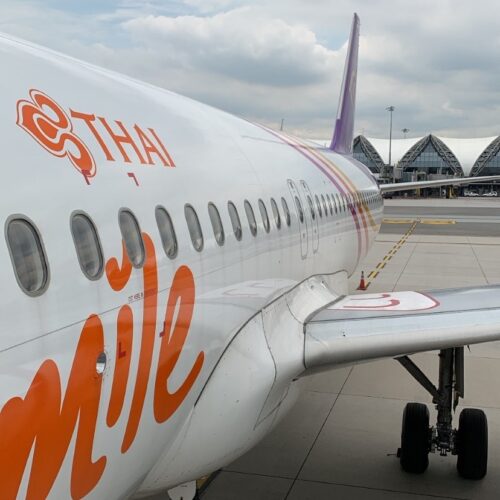 "service on the plane is quite complete"

✅ Trip Verified | Everything was on time and quite comfortable. But in the lounge there will be a lot of users that make me feel uncomfortable. But the service on the plane is quite complete and worth the price.
8/10

"The service is excellent"

✅ Trip Verified | Bangkok to Chiang Mai. Very good and reliable airline. The service is excellent. My flight was enjoyable. Overall, I like it. I will fly Thai smile again in the future.
1 to 10 of 187 Reviews