✅ Trip Verified | Thai Smile is the worst airline in terms of customer service. I landed in Phenom Penh for vacation and after waiting for 30min I had to go to lost and found desk just to know my luggage along with other passengers who flew from Bangkok is missing. Their was no one from airline to help or compensate customers. Reaching their customer care is a next level challenge all together. The airport authorities sitting at lost and found counter will never respond or reach out to confirm the status. God bless people who travel via Thai Smile airline who makes sure their customers never leave smiling.
8/10

"I liked the ground handling"

✅ Trip Verified | I liked the ground handling for this airline. I was expecting an on-time departure, but the flight departed and arrived late. One thing that is going good for them is the legroom situation and the meals they provide for a short 1 hour flight. Boarding was chaotic, but I don't mind. In-flight entertainment is limited to a few monitors showing some Thai Smile commercials. This was understandable as it was a short domestic flight. I would fly with them again if the fare is reasonable, but another full-service domestic/regional carrier that flies the same route but with more benefits might be a better option. Its just that the flight time for this route fits my schedule for Thai Smile. 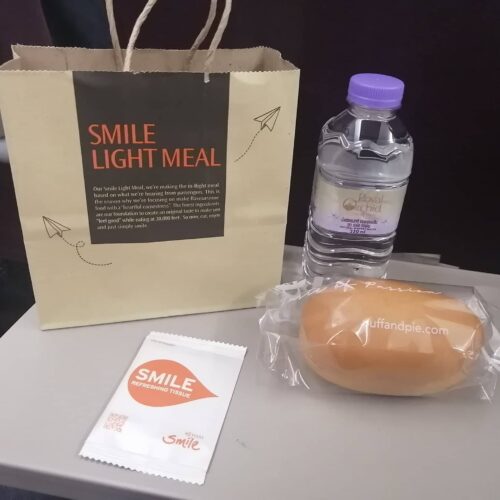 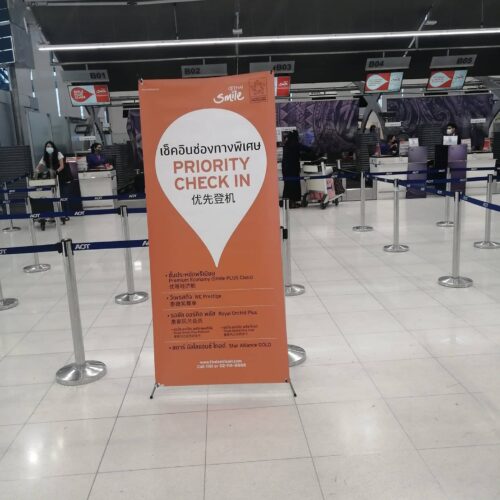 "not clear whether it's just poor service"

Not Verified | while generally a very good budget airline, the check in and ticketing procedure out of Suvarnibhumi is appalling - it's not clear whether it's just poor service or a deliberate strategy to extract more money from passengers
1/10

✅ Trip Verified | Probably the worst experience for a so called premium airlines. No gold card lane, no access to lounge, (while told otherwise), and no counting for miles. So please, stop using star alliance branding to fool your customers into flying with you.
1/10

"waiting for the luggage more than 3 hours"

✅ Trip Verified | The stupid service waiting for the luggage more than 3 hours, and still not have any staff come out to solve and give the reason. This is terrible service, since we have to fly again at next day 9am, waste our time for take rest.
3/10

"Thai Smiles however does not respond at all"

Not Verified | We flew a code shared flight from Austrian Airlines. It was operated by Thai Smiles. The flight itself was okay. We came from Amsterdam (via Vienna and Bangkok) and discovered at arrival in SGN that one of our bags was damaged. We got to the baggage desk and had to fill in a form. They took photo's. After returning from holiday I wrote an email to Austrian Airlines who pointed me to Thai Smiles. Thai Smiles however does not respond at all.
9/10

"The airplane was clean"

✅ Trip Verified | It was easy to book the ticket and change flight online. The counter check in was convenient. The flight was on time. The airplane was clean. Appropriate price, cozy, not too crowded. The air hostesses were very polite.
10/10

"The service is excellent"

✅ Trip Verified | I made a reservation in April 2022, but there was a reason to postpone the ticket to July, causing me to pay 500 baht for the tax, but I don't have any problems with this because I understand the airline system. The service is excellent, including the ability to load 20 kg of luggage. When I got off the plane, I received a small snack from the airline that impressed me. On the way back, I was surprised because I was seated in a premium seat (I still don't know why I got the premium seat). Before getting off the plane, I got a box of late night food which impressed me. Thank you very much for giving me the experience of boarding this plane and all the staff are very good and attentive to customers. I will always remember this experience and will return to use the airline in the future. 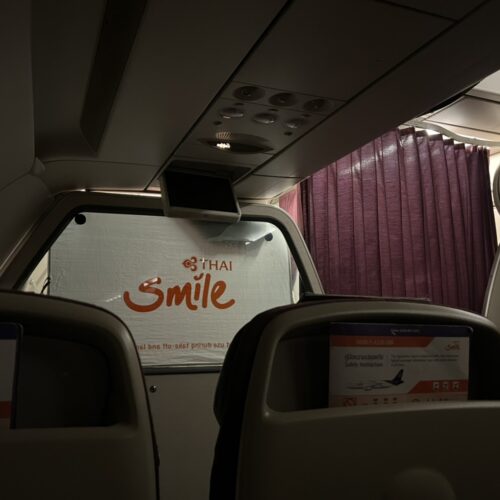 ✅ Trip Verified | Flight TG337 from Bangkok to Chennai. Since the beginning, before the take off, I discovered that my monitor and audio didn’t work properly. I asked the hostess for assistance, she told me that I had to wait 1 minute. Than she sit down for the take off that happened many minutes later. After take off nothing happened, I asked again and she said 1 minute again. After a few minutes I asked and she said 10 minutes. After 10-20 minutes nothing happened, then I decided to move to the empty seat in front of me. After a few time I was told that I had to come back because I didn’t pay for the extra space of the seat (that was the one beside the emergency exit). I explained that my video and audio were not working and I was told told they were fixed. Then I moved back to my original seat and the systems were not working at all! Then I moved again to the place close to the emergency exit, I had dinner, and I was told more times that I had to come back to my place. I was treated as I was trying to get an upgrade without paying but actually I was the one who payed for a service that was not working properly. I asked to double check again because I wanted to be sure that I was moving seat for the last time and they confirmed. Then I moved one more time, at first the system was ok then it started again to jump the audio and video making impossible to watch the movie. I’m very disappointed by the total lack of professionalism and politeness that I expect from hostess and mainly from a crew supervisor. At the end of the flight I was tired, frustrated and I could not watch the movie due to the frequent interruption by the crew and system not working. I’m a frequent traveler for both business and tourism reasons and this is the first time I get so disappointed from a so weak and rude service. I won’t travel Thai anymore and I’ll suggest my company and everybody I’ll speak with to avoid such a bad service.
10/10

✅ Trip Verified | Absolute best experience I’ve had flying. ThaiSmile was a positive environment, staff were very helpful, and we were even given a full meal even though the flight was less than 2 hours. They said the goal was to have us smiling the whole trip — they definitely succeeded.
11 to 20 of 186 Reviews