✅ Trip Verified | Flew with this airline because of it’s reputation, but felt very disappointed. The seats felt crammed in and narrow aisles, it was very hot on the flight and my food was disgusting.
10/10

"air crew were friendly and professional"

✅ Trip Verified | Singapore to Amsterdam. Fantastic airline with great food. The plane was quiet and the Skybed came to good use as I slept more than 8 hours. In business class, we are greeted by name and the air crew were friendly and professional. Upon arrival, I even got a friendly Happy New Year hug from a land crew that I got to know through flying SQ all the time. Big hearts to Singapore Airlines - will fly again.
3/10

"given a very generic meal"

✅ Trip Verified | Los Angeles to Colombo via Singapore business class. Left on Jan 27 2020 from LAX and returned Feb 21 2020. At their website we were told one can pre-book meals called 'book the cook' which was a joke, no none of the cabin crew knew anything about it. We were given a very generic meal which was nothing to rave about. I complained to the crew and they promised I would have my choice on the return flight - that did not happen either. Their website also bragged about free wifi at cruising altitude, I was able to connect for 10 mins ,after which there was no way to connect for free. Same thing happened when I logged -in under my wife's name - the cabin crew was helpless and could not help. I was told to pay to get wifi , which of-course I did not. The cabin crew were fantastic and did their best to make us feel happy but there was only so much they could do. I travelled frequently on Singapore airline about 10 yrs ago and then I switched to another airline through Hong Kong , regrettably I could not book with them due to the Corona scare in China. My seat on the A350 could not be reclined 180 degrees and my feet hit the front seat and I had to curve my body to fit the space. There was a bed of course -the flight attendant had to lower the vertical back section and fold it down to make a bed, but the hardness and the need to curve the spine made it hard to sleep on this 18 hrs from LAX and 15hrs to LAX. Sorry Singapore airlines you are no longer the top 'dog' in the business. I will think twice before going with you again.
9/10

✅ Trip Verified | Flew Singapore Airlines Jakarta to Singapore and back. It’s still a great airline to fly. Seats was still 9 abreast on 777. Food was great. Entertainment was great, but it’s limited compared to Emirates or Qatar Airways but still acceptable. Price was expensive a bit but still worth it. Return flight in the A350 was more greater than this flight. Overall a great flight with SQ and will fly with them again.
1/10

"refused give me refund"

✅ Trip Verified | Melbourne to Singapore. The check in experience is the worst. I request for aisle seat and I got the window seat. I cancel my Russia Holiday with Singapore Airlines they refused give me refund.
1/10

"my seat had a broken table"

✅ Trip Verified | Siem Reap to Kolkata via Singapore. We chose Singapore as we had heard lots of wonderful things about the airline. Our experience was worse than any bucket-shop airlines and we thought Singapore was a world standard airline. On the Siem Reap to Singapore Route my seat had a broken table which I was informed only on the way to the boarding the flight when I was suddenly being pressurised by their ground staff. Although I was waiting at the airport near the gate for over an hour none of your ground staff bothered to discuss this matter with me. Furthermore the table was only secured with sticky tape which kept falling on my lap and on a couple of occasions fell on my watch! We then received further shoddy service from ground staff at Singapore on the Kolkata flight. Having paid USD 700+ for our one-way ticket from REP to CCU I was shocked to be downgraded to an airline with filthy seats, no TV, no leg space and in general badly in need of an uplift. To cap it all the cabin staff offered me gifts worth SGD 75 on the plane. This offer got progressively downgraded to a few miles on their airline. 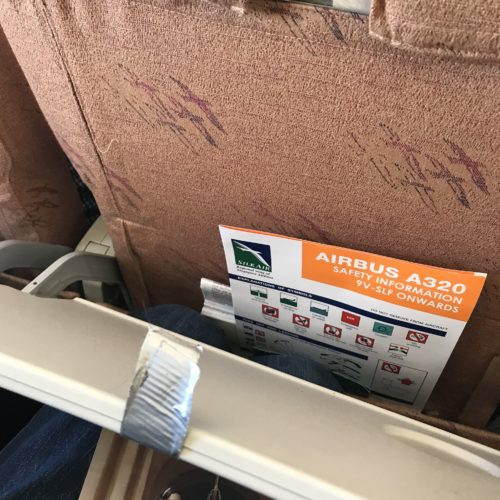 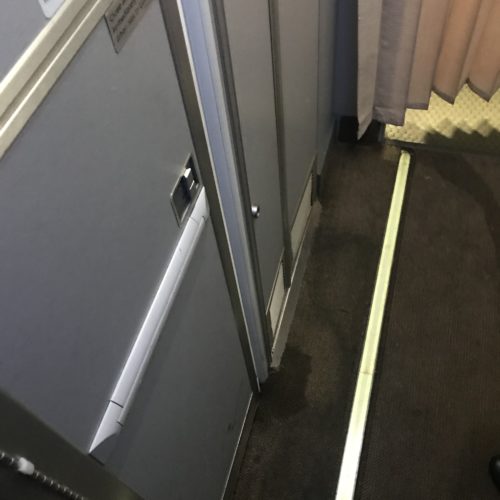 Not Verified | Manila to London via Singapore. The usual Singapore airlines efficient boarding process using boarding groups on both flights. The seats on the 777 are more comfortable than those on the (refitted) A380. A pity because seat comfort is a priority on a thirteen and a half hour flight. To be honest, the old A380 seats were more comfortable than the new but the new look better. Wonderful attentive service from the FAs on both flights. The food served was good on both flights, in fact the "supper" (chicken thigh, mashed potato and steamed veg with gravy) on the A380 was exceptionally good for economy class. Sadly the breakfasts remain poor. They continue to serve these awful chicken sausages instead of a decent pork sausage (the ONLY thing BA does better than SQ) and the eggs are failures; either a rubbery omelette or scrambled egg that is sloppy and lacks flavour. I did notice some cost saving measures that I had not previously seen on SQ. No amenity kits, which I did not miss but no longer serving sachets of salt and pepper with the meals is a mistake. Airline meals generally lack flavour so I did miss the black pepper. There was also a smaller selection of snacks in the galley. In my view, they still beat the competition, mainly down to their superior customer service so I will continue to use them. The transit experience at Changi is also a big positive.
3/10

✅ Trip Verified | Brisbane to Ho Chi Minh via Singapore. I personally prefer to look for a ticket with Singapore Airlines first before any other airlines unless it's a direct flight. there is no direct service between Brisbane and Ho Chi Minh so I was excited about my flight home with Singapore Airlines. Very friendly and efficient ground service. Cabin crew is the among the nicest. Always up for your request. Food quality has gone down as compared to the past. However, drink game is up from offering cocktails and liquor for economy class. I thought I would enjoy the A350-900 more but turned out I like the Boeing 787-10 better. Too bad that the flight with 787-10 was too short. Overall, Singapore Airlines will still remain my top choice if I have to book a flight.
3/10

✅ Trip Verified | Copenhagen to Denpasar via Singapore. I had looked forward to where I could go with the new Airbus 350 and Singapore Airlines with their excellent quality reputation. However, the entertainment consisted of very few new movies. A menu card was handed out, I ordered chicken with Thai curry. The meat was full of cartilage and the rice was dried up. This was accompanied by a cold soft sugar tasting roll. Singapore Airline offer maybe the cheapest red wine I have tasted. Fortunately they offered Tiger beer. Although the crew carried sparkling wine on the wagon, you had not right to this since "it was not in the menu card" I was told. Very strange. On the return flight to Copenhagen the entertainment was slightly better but the food and beverage was far below the standard you get elsewhere like Qatar Airlines. The experience with Singapore Airlines was the biggest disappointment I have had since very long.
31 to 40 of 1269 Reviews