✅ Trip Verified | Melbourne to Hong Kong via Bandar Seri Begawan. Great service at check in at Tullamarine then a bit of a search for what was a pretty basic lounge. Boarding was easy and the crew to BSB were fantastic. Meal was good and if you wanted anything they were there very quickly. We were staying overnight in BSB and were not told that we had to pay $5 each for a visa but at least we got a nice stamp in our passport. Flight from BSB was on an A320 and again very comfortable and great service. On return from Hong Kong to BSB the lounge at HK was excellent as was the business lounge at BSB. Crew on this flight also very good. Then again only 4 of us in business class. Boarding the 787 to Melbourne was a bit clumsy at the gate. Told by a passenger next to me who had been on the flight from London that my seat was broken and would not go flat. Found this to be true but in the end 3 crew members jumped all over it and got it sorted. The meals were good. Didn’t miss the grog. While the crew seem to disappear they do respond quickly if you buzz them and nothing is too much trouble. Would definitely fly with them again. 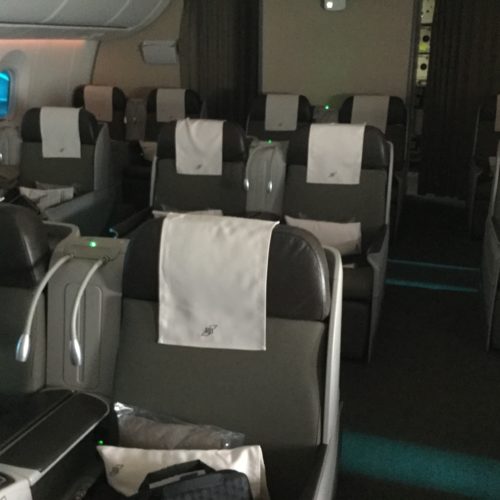 ✅ Trip Verified | London to Dubai. I checked my luggage in at around in between 3pm to 4pm my flight was leaving at 5pm, my case was over by 3 kilos and staff informed that I must go and take the extra out which I did. I went back to her, and staff stated that I was 1kg over and if I wanted the extra kilo I would need to pay. Staff on the other side called me and told me to put my case for her to weigh which I did and the weight was 27 kilos. Because of the discussions about the weight of my case I was unable to buy any duty free because of the hold up. I have flown with this airline many times, and have never encountered a problem before. After this experience I will never fly this airline again. I like the people from Brunei and the cabin staffon the flight.
6/10

"crew were warm and welcoming"

✅ Trip Verified | Bangkok to Melbourne via Brunei. For this journey, Royal Brunei offered an all inclusive fare (seat allocation, meals, bag) at a great price. This review relates to the return Bangkok - Melbourne. The first leg from Bangkok to Brunei on an older A320 was OK. Then three hours in Brunei, made quite pleasant by the newly renovated airport which feels airy and spacious, if a little sombre. I find the lack of alcohol on the planes and at the airport in Brunei quite refreshing, so this wasn't a concern for me. Seats on the 787 overnight flight to Melbourne were comfortable, even for a taller person, made better by the fact that the plane was only around half full, and the fact that the very considerate person in front of me never reclined her seat. I have never travelled on a full 787, so cannot comment on how comfortable the 9 across format would be on a full plane. My special meal was very nicely prepared, and the crew were warm and welcoming, doing water/juice runs, as well as a snack run (sweet or savoury) towards the end of the flight. I spent most of the nights watching movies from a reasonable selection of US and foreign language films. Only major problem - at no time did I see any member of crew cleaning the toilets, and more than an hour before landing the floor of the nearest toilet was disgusting - a deal breaker for me.
10/10

✅ Trip Verified | Melbourne to Ho Chi Minh City via Bandar seri Begawan. Royal Brunei Airlines provided comfortable travel experience, the services are excellent and you get a chance to stop over to visit Brunei with friendly people and explore the natural wonders of the island.
10/10

"staff were so polite and pro-active"

✅ Trip Verified | London to Bandar seri Begawan via Dubai. I was so pleased but the service and hospitality being given to us. The cabin staff were so polite and pro-active to provide service and help. Foods and drinks were supplied adequately. I strongly recommend travellers to take an experience of flying from it.
5/10

✅ Trip Verified | Bangkok to Melbourne via Bandar Seri Bagawan. You’d swear this was a different airline. It started ok though. Check in was quick and we had an express pass through security and immigration which was a blessing. We had a pass given to us for the Air France lounge, Oh my trying to find this was a huge challenge, they really need better signage in this massively large busy airport. Fortunately the lounge wasn’t far from the gate, The flight to Bandar Seri Bagawan was unremarkable, nice food and comfortable, On arrival in BSB we walked to transfers to be met and told our plane was in the UK with a cracked windscreen and that our Melbourne flight was postponed. The staff were very good and had pre filled immigration forms for us, walked us through there and put us in a taxi to a hotel for the night with a voucher for a meal there. The same taxi driver met us in the morning and took us back to the airport. Went to the lounge for breakfast and eventually a plane arrived, we heard it came from Jeddah. The flight home however was disappointing, there were only nine of us in business yet staff were hard to find, they seemed to run to the back a lot, We were told brusquely - get your trays ready, meals will come soon. We got the first and second course then nothing. Pillows were distributed, no duvet. Entertainment was extremely limited, It felt like a different airline to our outgoing experience. I did ring the call bell for a tea later on. Nothing was ever offered during the flight. The lack of consistency was disappointing overall. We arrived finally, our bags were not long to arrive.
9/10

✅ Trip Verified | Melbourne to Ho Chi Minh cCty via BandarSeri Bagawan. Delightful experience overall. Checking in was quick and easy with express passes for departure, lounge access at Cathay Pacific lounge in Melbourne and pass for the lounge in Brunei. We were permitted 40kg which apparently can be spread over multiple bags. Boarding was confusing as they call up families and business at once so you are in a line boarding as many families were travelling it seemed. Our seat on the plane was very spacious but we couldn’t have any bags stowed near us, all had to be put in the locker. We were offered juices/water prior to take off. Menus were distributed and the staff during this first leg were fabulous. Very friendly, they referred to us by name. The entertainment selection was very good. The food was superb, the steak ordered was very tender and the quantity of food ensured we were well and truly satisfied yet there were snacks available also. We had to go through security again to board our next flight. The flight from Bandar Seri Bagawan was on a smaller plane and it was late arriving thus late leaving. The staff were not as friendly on this section but we still got fed a sizeable main meal. All in all it was a positive experience and one I would love to do again. 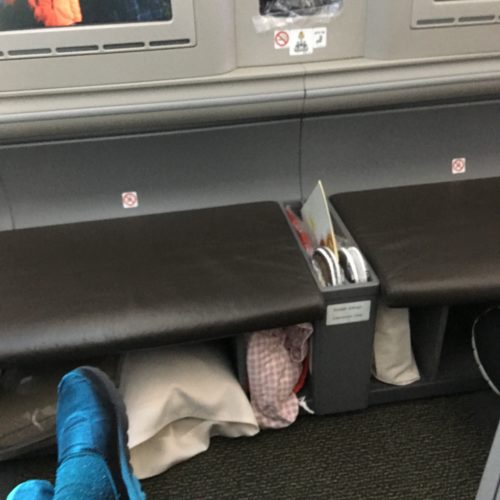 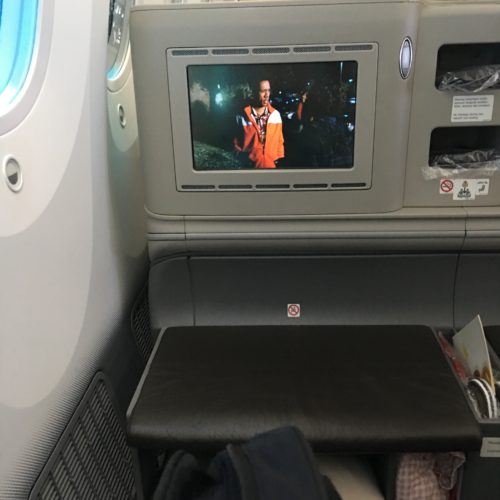 "all for a reasonable price"

✅ Trip Verified | Melbourne to London via Dubai. Royal Brunei were brilliant. For economy I didn’t expect a lot but seats were comfy, in flight entertainment was great, food was good, staff fantastic, and all for a reasonable price. Allowed 30kg for luggage which was more than enough I only had 14kg on me which meant I had plenty of room. I will be flying with Royal Brueni again I couldn’t find another airline with a better price or deal for the long haul.
10/10

✅ Trip Verified | Jakarta to Bandar seri Begawan. My first trip with this airline i really enjoyed in cabin, even though the flight was delayed 4 hours. Best ground staff and very good for handling a delayed flight. they treated passengers in good service. Cabin crew nice and polite and meals on board fantastic
9/10

✅ Verified Review | Melbourne to Bangkok return. This Royal Brunei Airlines flight is through Brunei and Melbourne to Brunei is on the Boeing 787 and then an Airbus from Brunei to Bangkok. All flights left on time or were early on arrival. My luggage was amongst the first off and I was given a Priority Pass for leaving Melbourne and for arrival and departure from Bangkok. Between Melbourne and Brunei and for the return sector the Business Cabin was full. Very good food for all meals with reasonable sized portions. I would have preferred earlier serving of the meal on the Brunei - Melbourne sector so that I could have had more sleep. The cabin attendants were helpful and efficient. The seats were comfortable and the B787 was a flat bed. On the shorter sector it was a reclining seat with a reasonable recline and good space for my legs. IFE was a bit limited and there should have been more choice in the array of films that were offered. I regularly fly from Melbourne to Bangkok and nearly always fly with Royal Brunei - they do not serve alcohol (Brunei is an Islamic country) but the level of service and the value for money is very good.
31 to 40 of 349 Reviews