This was our first time in first class and the experience was horrific! We flew to Montego Bay from Killeen Tx and when we arrived, our luggage did not. It would've been ok if they were courteous and respectful but they were horrible. We arrived at Montego Bay at 3.55pm and didn't get to speak with anyone about our luggage until 6.15 pm because the person who was suppose to be at our counter (AA) was "busy assisting someone else" as they kept telling us. When we did speak with someone, they informed me that our luggage was still in Dallas but will arrive first thing in the morning. We were excited to hear that and continued on to our resort. First thing in the morning came and went, afternoon came and went, evening came and went. We had the hotel call the airport (we tried calling ourselves but the room phone wouldn't properly dial out the 800 number) they were told the luggage would be here soon. Our luggage came at 11 pm the second night we were there. Our vacation was only for 6 days, two days have already passed when we received it. No one knows why we didn't get it until and when the resort called they kept lying (AA representative) and said it was already on its way and would be here in two hours. We heard two hours for two days. Fast forward 8 days. We used AA once again for our trip to Aruba which was 8 days after this first disaster. When we go to check in (again first class/business class) the airline double booked us and had us flying to multiple locations. AA rep informed us we would have to check in at counter. We went to check in at the counter and it took us TWO hours, yes two hours to fix our reservations. I am traveling with my SO who is a disabled veteran (we both are veterans) who was told he had to stand those two hours because they didn't have a wheelchair available for him. It takes AA two hours to issue us tickets and then they change our flights making our stay in Aruba airport 4 hours. When I expressed how disappointed we were the AA rep informed me that this is the norm for AA. He said we shouldn't be complaining about only waiting two hours to get our tickets printed. He was rude along with the manager who kept talking in Spanish. We fly often, very often using American Airlines and we are embarrassed for you guys treating customers this way.
3/10

My 3.5 hour flight was scheduled to depart at 5am going to Dallas. Ground crew announced the flight was overbooked. Many passengers were on standby which caused some problems. Boarding was chaotic and unorganized but fortunately managed to close the doors on time. The aircraft was their new A321. Cabin was clean, seats are ok with IFE and legroom is spacious. Take off was smooth. To my horror we had to pay in order for us to watch a movie and even use the wifi. For the whole flight nobody served drinks to passengers. A lot of the passengers were complaining. Flight attendants were at the back chatting. 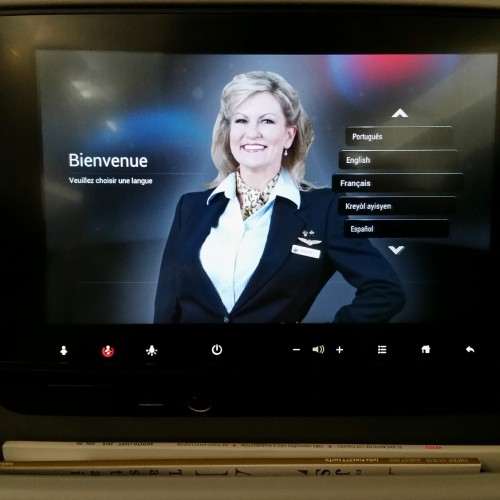 US Airways now merged into American Airlines does not seem to have made much effort into improving service! Despite a good aircraft and a well extended network, with an IFE not functioning on my seat and a crew with a "it's just a job" attitude, the experience was unpleasant! 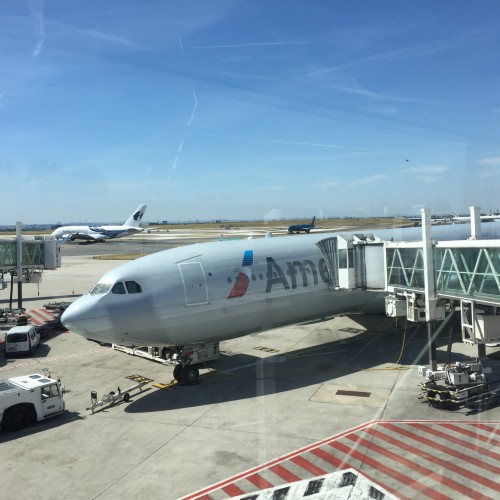 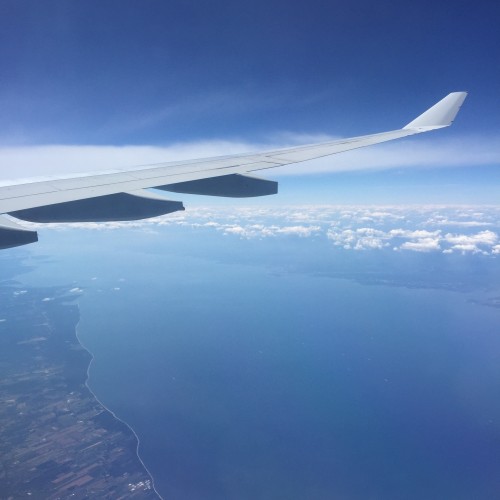 We were delayed 2.5 hours in the airport. Then when we do board we sit in the airplane for another hour with no updates as to what was going on. Finally the captain tells us the flight crew "timed out" and we have to return to the terminal. We waited another 20 minutes to get in to the terminal and were told to go to the help desk to reschedule. We returned to the line containing about 4 separate flights worth of people. They would only put us on AA flights so we were very limited. We received no compensation or food vouchers and were forced to sleep at the airport. The next day we caught our flights and though we were told our baggage would be in Philadelphia to meet us, it was not. We had to wait in another long line to give our information to have it delivered. 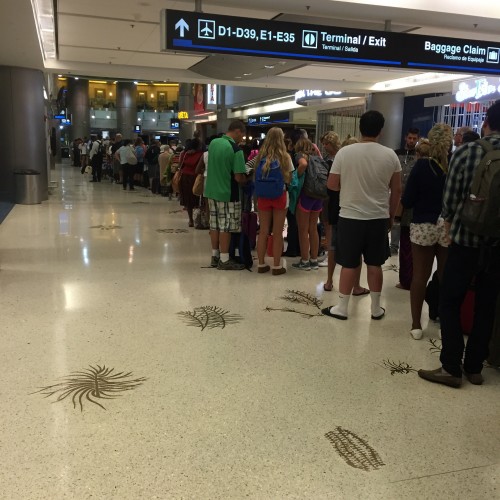 Every single one of my flights was either delayed or canceled. It took me over 10 hours past my flight time just to get out of Boston. I was promised another connecting flight since American made me miss my original flight because they didn't have a document giving them flight clearance (it took them over 2 hours just to get a piece of paper that said we could take off faxed over). I get in to Chicago and I'm told that I can't get on the connecting flight (over booked of course). They put me on a plane that leaves 14 hours later. I am refused a hotel voucher even though it was Americans's fault I missed my flight. I had to sleep in a cold airport terminal by myself and wasn't even offered a food voucher or given an apology.
1/10

Our flight from MAN to JFK was cancelled due to engine issues which resulted in us having to rebook and we ended up flying via LHR. Our rebooked flight was with British Airways which was much better as they offered individual inflight entertainment systems unlike American who are still on an old system of overhead TVs. Our flight back from JFK was delayed and when we eventually got on board the aeroplane was quite possibly the oldest plane I have been on with a cabin crew to match. After 10 minutes the pilot informed us that a member of American Airlines staff had attempted to open the cabin door when it had already been locked which resulted in the life raft falling off the plane! We had to all disembark and after an hours wait we were told our flight was cancelled and we would need to rebook. We were put on flight the next day via Dublin which resulted us being over 24 hours late home. Appalling service and we will never travel with them again.
3/10

We flew from Boston, MA to St. Thomas U.S.V.I. on July 14th 2015. Flight #1619 from Boston to Miami was our first leg of the trip and that went smoothly. Then we got onto flight #2421 from Miami to St. Thomas. It was delayed a half hour. We landed in St. Thomas still being able to make our ferry to Tortola. However, it took 1 hour and 45 minutes for all of our luggage to be deplaned. During this time three other planes landed, all of their luggage was sorted out and the passengers from those planes left the terminal. We found one of our pieces of luggage was still in Miami. Our flight came in at 3.30pm, originally supposed to land at 2.57pm. It is well know that ferries stop running from Charlotte Amalie at 4.30pm. American should have done everything in its power to get people on their way. At least one third of the passengers were in the same situation as us. Four others lost baggage. My son spent the next morning trying to reconnect with his luggage and were told we would have to make a trip to the ferry terminal to pick it up. Now on to our flight home, July 25th 2015, we arrive at the airport three hours before our flight. The six of us were flying from St. Thomas to Philadelphia, PA on flight 837 leaving at 3.05pm. We arrived at the airport at 11.45am. We went to the kiosk and got our plane tickets and then joined the extremely long line (1.5 hours), at the ticket counter, just to get our luggage tags.
8/10

Long detour to get from GRU to LAX but gave me the chance to experience their J flagship product both in the international (B777-300) and domestic (A321) products. The individual reverse herringbone seats on the 777 are second to none. Privacy and sleeping space are guaranteed. The entertainment is good enough and the flight crew professional and even friendly to some extent. The one downside was the food, which was not only below what one would expect for J and not very tasty either. In the transcon similar experience. The full lie flat in J is a nice touch, and even getting over the other passenger is not a problem at all. The only major difference was the crew, who were a bit more standoffish.
1/10

Be well warned that if you cross the Atlantic with American Airlines, they are likely to put you on a small 3x3 plane with absolutely no entertainment system. I was charged $85 for a few pounds luggage overweight where practically any other airline crossing the Atlantic would have let me pass through with it.
10/10

Business class was excellent, plenty of food choices, generous servings and good food quality. Avoid the bulkhead seats in Business Class or the seats in the last row of Business Class. The variety of inflight movies is excellent as is the sound quality.
3661 to 3670 of 4276 Reviews