"We are so grateful"

Not Verified | Seattle to Vegas. We accidentally reserved our flights wrong and Deanna and Adrian helped us out tremendously. We are so grateful they were amazing and truly blessings. Thank you guys so much
1/10

"I had to cancel that ticket"

✅ Trip Verified | Alaska airline has to take the crown for worst customer service , had a flight from Seattle to Dallas got to the gate 3 minutes late (it was my fault ) lady at the gate was so rude and uncouth kept saying you can’t go even if the plane is still outside I said okay fine. I gotta be at work please put me on another flight or a connecting one she kept saying there’s none at (6am in the morning I was at the airport ) she said till the next day that unless I went to find another flight. I said it’s 6am at least there should be one connecting flight she said no. I had to cancel that ticket that was expensive and had to book a new one on Priceline immediately and I got stupid Alaska airline again same day, the same flight that customer service said wasn’t running that day.
1/10

"they wouldn’t work with us"

Not Verified | Las Vegas to San Francisco. They charged us a change fee that basically more then our ticket. We just need to move up our flight and they wouldn’t work with us what so ever. This is so ridiculous and the recent cases of coronavirus should be taken in to account of changed flights or medical emergencies.
2/10

"I called for a refund"

✅ Trip Verified | I am scheduled to fly to SeaTac next week. Due to the Corona Virus outbreak I called for a refund. Alaska Air will not refund my ticket despite my not being able to travel because of an "underlying compromised immune system issue". They said the CDC said people can travel safely. I pointed out that the CDC statement was unless you have a compromised immune system. Rather than refund $300+, they put a credit in my account and waived the change fee. How big of them! My travel is into Seattle right in the heart of the breakout, an area that has been declared a national disaster state. I can appreciate the airlines losing money.
1/10

Not Verified | Columbus to Seattle. Made an error on my phone that accidentally canceled my booking which was still 10 days in the future. Called customer service a couple times, and they refused to help. No consideration, nothing. They mocked me by saying you are welcome to buy a new ticket. Really? Does this a few hundred dollars out of customer's mistake really can help the business? Very disappointed, and Alaska airline just lost another customer.
1/10

"I give up on you Alaska"

Not Verified | Orlando to Seattle. I have been traveling globally my entire life and being from Seattle have always loved all things Alaska Air. I often try to fly premium economy for comfort reasons but today I am forced to fly economy due to availability at the time of purchase for my business travel. The distance that Alaska has pushed the seat rows to is ridiculous! I am 5’6 and my knees are hitting the seat in front of me and that was before the passenger ahead of me reclined. I have a 6-hour flight crunched so tight this cannot be medically responsible. I am not flying Alaska in the future. I never have written a review before but it seems appropriate considering the liberty you have taken in your lack of consideration for the even mild comfort of your passengers. As a general public, I suppose we are forced to tolerate this profit only focused attitude. Fortunately, I do have choices and I’m sad to say I give up on you Alaska. 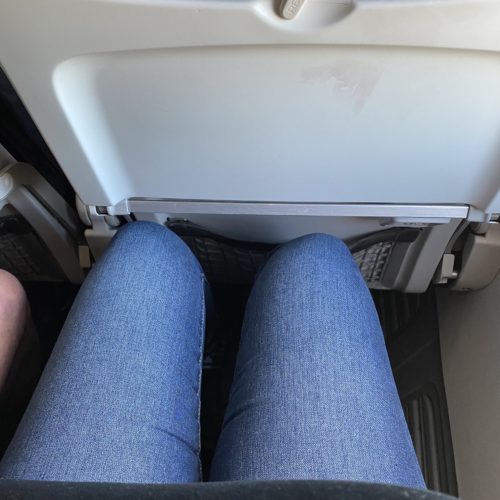 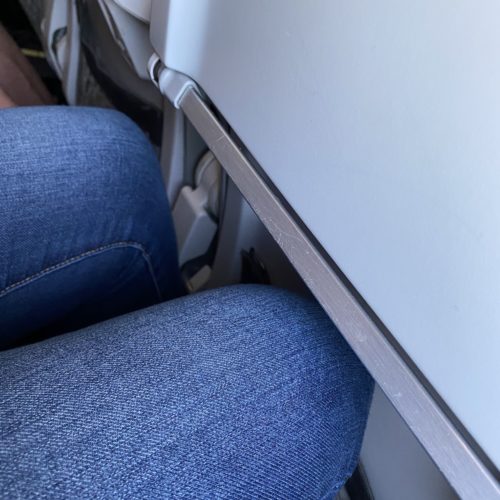 ✅ Trip Verified | Seattle to San Jose. Horrendous service. They did not even attempt to seat my husband and I together. Absolutely rude, unprofessional and lazy. If I have the choice I will not fly with them again.
1/10

"had a mix up with my flight"

Not Verified | Seattle to Sacramento. Worst experience I’ve ever had! I had a mix up with my flight and the customer service did nothing to help me. Nor did they offer to compromise with me. So unprofessional and inconsiderate. Lost thousands of dollars due to their unwillingness to help. Very disappointed in Alaska airlines and will definitely be flying with another airline when traveling.
4/10

✅ Trip Verified | Seattle to Santa Barbara. Used to be my favorite airline, but has gone downhill in the last few years. Previously, I've always been able to reserve my seat when I purchase a ticket for no extra charge. Now, like other major airlines, Alaska has jumped on the "charge for anything that makes flying slightly less miserable" train. If you purchase a base fair, you can select a seat, but the fine print says you are not guaranteed it. Which means they give it away to someone with more money, and you now have to wait for an agent at the gate and get assigned a seat. The gate agents show up about 10 minutes before you're supposed to board, and you are always put in the very last row. Most likely the middle seat. If they weren't the only airline that flies direct, I'd ditch them and go with one of the other ones that's at least up front about these charges.
4/10

"lack of compassion and professionalism"

✅ Trip Verified | I am truly outraged at the lack of compassion and professionalism during my flight home on February 2, 2020 from Phoenix to Anchorage. When my husband booked our flights he called Alaska Airlines and followed their directions of booking us together on all flights and booking a different flight when he advised he would have to fly to Dallas from Phoenix. When we checked in, about three hours early and had the attention of the counter agent, who we advised my husband was not flying with me on our companion airfare. The agent said, “That was not a problem as we had paid for both seats.” As I was in boot casts on both feet, and having to use crutches to walk, the agent gave my husband a boarding pass telling him that way he could escort me to the gate helping with my carry-on. he also gave my husband directions to board Spirit Airlines which was located in a different terminal. After boarding the flight, which was quite a challenge being in the condition I was in, and the doors closed and ready for takeoff, I was approached and made to feel like I was some kind of thief and forced to leave the flight. I was told that because I was not the primary flyer on the companion airfare I could not continue on the flight as my husband was not with me. I explained that the companion airfare was from the same credit card I was an account holder on. I was told I was going to have to buy a full fare ticket, to which I asked to buy the seat I was sitting in and not be removed from the flight. I was told that was not going to happen and I had to get up and leave this flight and I would not be flying on this plane. I was forced to de-board in Phoenix, from a direct flight to Anchorage, with a long layover with no offer of assistance. I cannot explain how vulnerable, alone, and at risk I felt during that six hours before I could board another flight, which I paid for with the same credit card the companion airfare was purchased on. Then I had to deboard and navigate the Seattle airport for a long layover, on crutches, with a heavy carry-on, with no offer of assistance to or from the gate. I was told on flight 115, before I was forced to deboard, that I had to be the primary flyer, and since been told the same. Why didn’t the individual my husband talked to when he called and booked the flights tell him the same, why didn’t the agent advise the change when we checked in? Why was I not allowed to purchase my seat on flight 115? My husband booked his return flight to Anchorage from Dallas on Alaska Airlines, and he just purchased tickets in March to Phoenix on Alaska Airlines. Alaska Airlines has almost exclusively been our airline of choice as noted by the almost 600K airlines miles we have on our credit card. So many opportunities for Alaska Airlines to be compassionate and to have put yourself in my shoes and help, but the agent that removed me from the flight was very short with me, rude in how she spoke with me, and would not listen or work with me at all. Please tell me this is out of the ordinary situation and this is not the level of customer service at Alaska Airlines.
21 to 30 of 693 Reviews