"there are no available flights until 2 days from now"

Not Verified | I purchased a ticket 1 month in advance and after spending over 1 grand in hotels, ubers and so on while about 40+ people including myself were at the airport waiting to board they tell us the flight was canceled and there are no available flights until 2 days from now! I lost a lot of money on this trip, horrible experience, will never fly Alaska Airlines again.
1/10

"The customer service has been horrific"

Not Verified | I do not plan to fly Alaska again. The customer service has been horrific. How is this the only industry where “customer service” employees are (as a norm) allowed to treat the customer horrible for no reason? As a business owner, I would be horrified by how the employees treat paying customers. They should hire secret shoppers to evaluate how they are treating people. I used to love flying but I have hated the past few flights this year. The mask nazis at the Seattle gate yelled at me for having my nose showing while I was speaking to another one at the desk. After I complied (I said nothing, just pulled it up), the lady got on the loud speaker and made an announcement while glaring at me while she said it. In addition to that, we were notified at 11.30pm last night that our flight was rerouted 2 hours the opposite direction of where we were going. It was not an easy morning finding that message at 3am when we woke up to leave. At the rerouted airport (Seattle) we were moved from our premium seats to the very last seats on the plane. Also, there are no options to purchase alcohol in the non-premium seats that we already paid for. It’s going to be a horrible 4 hour flight squeezed in a tiny seat next to a stranger (I was supposed to be next to my husband) who is overflowing their seat without a cocktail to chill out. And the mask Nazi’s on the plane keep coming around whenever it slips below my nose.
2/10

"They are not a great company"

Not Verified | They cancelled my flight an hour before departure and did not even send me an email at least before I get to the airport. This caused me to miss my international flight and had to pay for hotel and meals out of pocket and ruin my anniversary celebration and my daughter's graduation. They are not a great company. Do not waste your money or energy on them. If I could give them negative stars, I would have.
3/10

"This has happened to me twice within 6 months time frame"

✅ Trip Verified | Alaskan Airlines offer direct flights from east-to-west coasts, but then, will completely eliminate these flights with 1-2 months ahead of time. They re-book you on a flight that takes twice as long (5 vs 10 hours in length), as the plane travels through 3 corners of the country. This has happened to me twice within 6 months time frame. As the notification of flight changes occur so close to the travel date, it is impossible to find a decent flight elsewhere. Most other airlines no longer have direct flights and the available 1-stop flights are expensive due to late booking. They offer to refund your money, but the time/effort/expense to book another flight is not accounted for. Covid has changed the way airlines do business, but this practice has caused me to re-consider ever flying with them again, despite the fact that I have been a loyal customer for years, and use their credit card for mileage points.
8/10

"a good flight with Alaska"

✅ Trip Verified | It was a good flight with Alaska, although Drinks came near the end of the flight and my ears were hurting during landing. The flight seemed quick, mainly because I was watching Netflix on my device. I will go with Alaska Airlines again.
1/10

"they decided to cram economy class together"

Not Verified | Completely empty flight but they decided to cram economy class together in the back of the plane. I’m canceling my Alaska card and will never fly with them again. 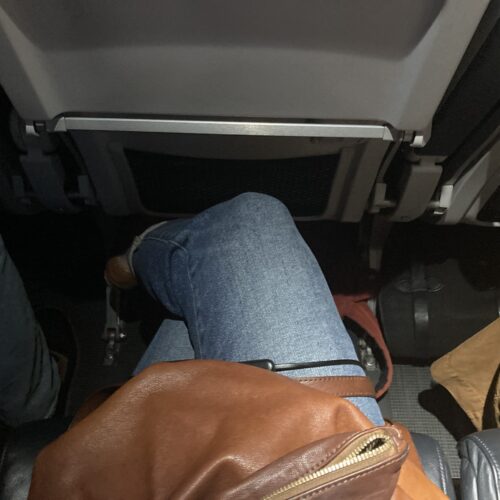 "said that the markings were wrong"

Not Verified | On Monday morning (05/03/21) I checked my baggage in at Spokane International airport. Alaska Airlines (ASA) accepted my checked baggage and TSA screened and accepted my baggage for airline transportation. One of these items was a box of factory sealed ammunition that weighed approximately 25 pounds. My baggage was transferred to another ASA airplane in Seattle and transported to Juneau where I had a three hour layover after which I would board another ASA flight to my final destination in Sitka. During the boarding process in Sitka, I was called to the ASA customer service desk in the departure lounge. Once at the customer service desk a rather rude customer service agent informed me that my ammunition would not be allowed to travel to Sitka. When I asked why, she stated that the box (baggage) "had the wrong markings on it". When I inquired as to what the wrong markings were, she couldn't give me an answer, stating only that an airline baggage handler had said that the markings were wrong. I then assured her that I was well aware of FAA, TSA, and ASA regulations regarding the transportation of ammunition and that my baggage met all of those requirements. About that time she started to become very rude and, with a raised voice, informed me that my baggage didn't meet the requirements. I then asked her to explain to me how it was that both the TSA agents and the ASA customer service agents in Spokane cleared my ammunition for transportation on ASA earlier the same day. She defiantly stated that the people in Spokane were wrong. Following that comment, she stated that I needed to pull my face mask up over my nose, which had slipped down during our conversation. Since the municipality of Juneau owns the airport, it really wasn't her place to try and assert authority over my mask. When questioned further, she stated that I was welcome to exit security, repackage my ammunition and then check it in again for transportation with ASA. I stated that since the flight was already boarding and there was only one flight a day to my residence, that was not a feasible option. After I boarded the plane I placed a call to someone in Juneau to attempt to pick up my ammunition so at least the ASA baggage handler wouldn't get to keep it. The most logical conclusion I can come to is that someone at ASA in Juneau wanted my ammunition and timed the notification to me that it wouldn't be allowed on the flight so that I wouldn't have time to deal with retrieving it. It would be nice if Alaska Air would compensate me for my troubles and $1,000 loss but I won't hold my breath. If they don't I will go out of my way to give my business to small regional airlines and other major airlines, even if they cost more!
1/10

"I'll never use you again"

✅ Trip Verified | I used to like Alaska, but after last weekend I'll never use it again! I flew on orders to serve my country and what I've got from Alaska is beyond any level of acceptance! I came to the airport 37 min before my flight (cut off for check in suppose to be 40) and they didn't let me in on my flight (I was flying with my toddler). They told me no and somehow that felt very personal and that I have to wait 3 hrs for the next flight! I told them I have to work the next morning, my kid was exhausted and they just mistreated me like I was nothing. Thank you for your service Alaska, I'll never use you again and I fly a lot!
5/10

✅ Trip Verified | They offer no food, unless you prepay for fruit and cheese 8.50, allergic to cheese, so not much of a choice. Then only 1 offer of beverage, no alcohol served unless in first class, isn't this discrimination against those that can't afford first class. Alaska has gone downhill, flight attendants seem a bit crabby and not overly pleasant to have their jobs. Will be looking for other airlines to fly in future! Paid 20.00 for wifi and was not that great, rip off!
4/10

"I will fly other airlines from now on"

✅ Trip Verified | After flying from DC to Spokane with a layover in Seattle I was on my way back home to DC. After flying from Spokane to Seattle I had a horrible experience at gate N20 while waiting to board my final flight to DC. I had a employee who was working the gate tell me that my mask was unacceptable and she handed me a typical blue one. I put it on but mentioned to her that I had worn my mask from DC to Seattle to Spokane and then back to Seattle. She looked at me and asked "are you going to comply or not?". I said, pointing to my face "I already put the mask you gave me on". She raised her voice and asked again "are you going to comply or not?". I said again, "I already have the mask you gave me on" while I pointed to my face. This time she yelled, "are you going to comply or not, yes or no? I said "yes". I just wish you had a standard policy at all your counters and airports. Then she went and called a supervisor. Luckily, the supervisor had an ounce of common sense and left when she saw I was already wearing the mask that they had provided me. I have never had an employee at any establishment work so hard to start a fight. I will fly other airlines from now on.
1 to 10 of 747 Reviews