"customer service has been very unhelpful"

Not Verified | Used to be a frequent flyer - will no longer travel with the RAM. They kept my refund for nearly two years now! During COVID time, one of my flights had an issue and I had to cancel the flight in May 2021. RAM policy was to issue a voucher for one year and if the voucher was not used, to issue a refund at the end of the one year period. In May 2022, I immediately applied for a refund of the voucher. We are now in January 2023 (20 months later) and I have yet to receive my refund, nearly two years later. RAM customer service has been very unhelpful. Every call I have been told that I must be patient and nothing could be done as they receive a large number of request. Withholding money from a customer for nearly two years is unacceptable and completely took away my trust in the ethic of the company. I will never travel again with RAM.
1/10

✅ Trip Verified | Worst airline experience I have had in a long time. No orderly boarding in Montreal or Casablanca, no use of the zones on the boarding passes, no clear announcements, no communication when flight delayed. So people formed their own line, a mile long, and stood there for an hour waiting. No guidance whatsoever from boarding crew. The cabin was spartan - no seatback entertainment. In fact, they didn't even use their own aircraft on the transatlantic flight, but a budget Spanish aircraft. The free hotel in Casablanca was a bad joke. The flight arrived late in the first place; we waited in the airport for hours to get transported all the way into the city (another hour). There were about 75 of us, all herded like cattle, all made to wait at each step of the way for all the other passengers to be processed. Upon arrival at the hotel, we waited another hour in the lobby while they processed us one by one. By the time we reached our room, it was 6 hours after the original landing time. On the return flight, boarding in Casablanca, it was raining heavily in Casablanca. Nevertheless, they herded us onto buses, then opened the bus doors in the pouring rain with no provision for cover. The first passengers who were foolish enough to try to board were completely drenched, because they reached the steps, and then the line moved so slowly to enter the aircraft and most had to stand in the pouring rain for 15 minutes until the finally reached the door. Completely soaked, half of the passengers. No cover, no guidance, no assistance, no staff anywhere in sight. The smart ones (me) waited in the bus for 15 minutes until the line disappeared, then ran onto the plane. Terrible treatment. The only reason I would ever fly RAM again is if the ticket is thousands of dollars cheaper than the alternatives.
1/10

"loss of our luggage"

✅ Trip Verified | Had a terrible experience with loss of our luggage on this airline. We checked 5 bags and only received one on 12/26/2022. The other four bags are missing and the airline is incapable or unwilling to locate them. They have been unresponsive and incompetent in handling our claim. Do not recommend flying this airline.
1/10

"they lost part of our luggage"

✅ Trip Verified | On the trip into Marrakech, they lost part of our luggage and we had to keep making trips to airport because no one picked up the phone. On the way back, we had a 7 hr layover with a chance at a hotel but security at the airport told us we couldn’t go through international transit (flight got in at 11pm with connections at 7am). When we got to the RAM office, they told us only the international transit desk could provide the hotel. Then security wouldn’t let us into the terminal until 5am which was a real joy with a 4 yr old and a 6yr old. The man in the domestic accommodation office offered nothing at all and was completely dismissive. We were told we should have stayed in the terminal by numerous RAM personnel while airport security provided continuous conflicting information.
2/10

"lack of any sense of customer service"

✅ Trip Verified | Scheduled departure 11:25 am, fully boarded 10 mins ahead of time and then we sat for a full two hours without so much as a single acknowledgment or announcement from the crew, no one walking around with water or any amenities and the attitude of the crew when asked is to merely shrug. The lack of any sense of customer service is truly appalling. Never going to come anywhere near this airline again.
1/10

"connecting flight had left without us"

Not Verified | Our destination was Freetown via Casablanca travelling with my daughter. The flight was 4 hours delayed in London. Arrived in Casablanca, connecting flight had left without us. The staff were very unhelpful with our options and places us in a place called "the Lounge" it was little worse than a prison and stank. There were limited beds and I shared a sofa bed with my daughter. The toilet facilities were very poor. In the morning we were not taken to the airport due to lack of space on the plane, we then had to wait the whole day until midnight for a plane to take us to Sierra Leone. I would plead with anyone who wants to retain their sanity and their self worth not to travel with RAM.
1/10

✅ Trip Verified | Been the worst travel experience, our flight was supposed to take off 11am Qatar time, we flew until 6pm with no regards to our schedule, no communication from the company, the flight, seats, staff, everything was horrible. We landed early morning on the next day, to find out that our luggage was left behind in Doha and no explanation provided at the airport in Casablanca by staff. The best of all is that they tried to blame Qatar authorities for that, no ownership taken, came back next day on my cost and had no clothes to wear, had to buy new personal care stuff early morning to refresh myself, and drive again back to Casablanca from Rabat, just to find that both my suitcases arrived broken,. Tried to file a complaint and up till now no replies by email and been trying to call same way no answers. 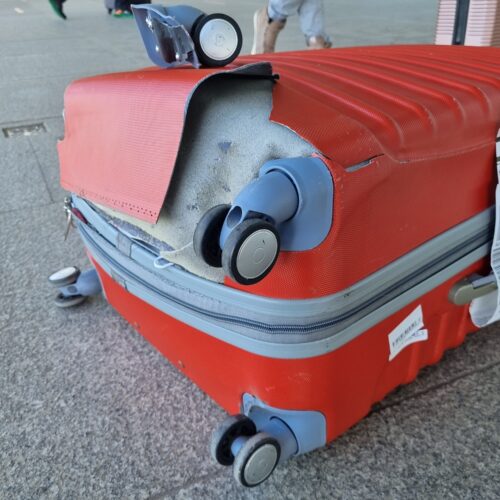 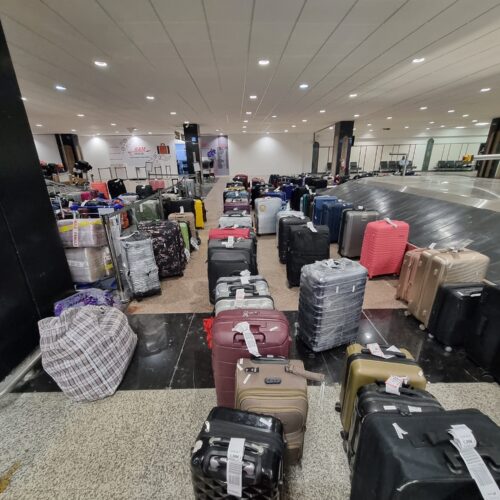 "nobody gave us an explanation"

Not Verified | Disappointing service, flight was delayed 3 hours and nobody gave us an explanation at all, just sit there and wait, no meal or drinks were provided in the meantime, Ground staff are very unwelcoming and grumpy. Cabin crew are quite alright
10/10

"staff were very polite and caring"

✅ Trip Verified | I had a first time flight with Royal Air Moroc on the 6 November and I wanted to express gratitude for such a comfortable flight. Pillows, blanket, interesting selection of films without advertising and there was a very tasty tea. The staff were very polite and caring, thank you so much, they did great work. 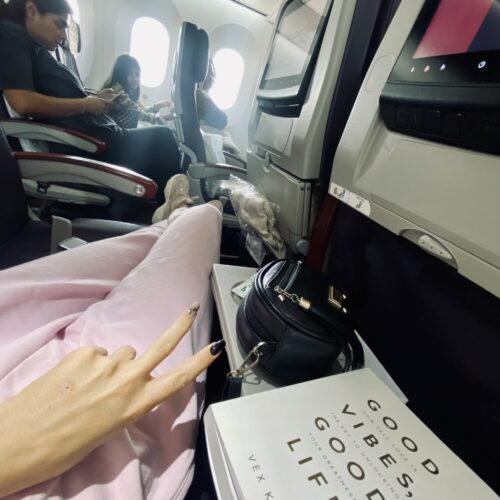 "I would recommend this airline"

✅ Trip Verified | This review relates to the second Royal Air Maroc flight I took, on a Boeing 737-800 from Casablanca to Paris Orly Airport. The gate staff were rather bureaucratic and unfriendly and I saw one staff member walk away from an elderly woman who needed and asked for assistance. Boarding was fairly orderly and one gained the impression of a very clean and nicely set out interior reflecting Moroccan designs and culture. The crew were a little cold but very correct in terms of their service. It was great to see a proper breakfast served to the passengers. My concern was that a clearly very sick woman was allowed to board the flight. She hardly stopped coughing for the entire duration of the flight and did not use a face mask at all. The captain did not give much information and announcements were made only in Arabic and French. Disembarkation was via a bridge and there were some uniformed RAM staff waiting to assist needy passengers. Overall this was a good experience and I would recommend this airline without hesitation!
1 to 10 of 318 Reviews