✅ Trip Verified | Merida to Mexico City. Horrible service. The airline employee took my carry-on bag against my wishes and arguments. They claimed it was overweight, but it still ended up on the airplane as checked baggage. Now I have to get it from baggage against my will, which will probably make me miss my next flight. They also only serve sugary soda (no water or coffee) as drinks out of single-use bottles.
1/10

"Don't waste your time or money"

✅ Trip Verified | Vancouver to Mexico City. Don't waste your time or money with Interjet. They changed my flight time a few days before my trip which would not allow me to make my connection in Mexico City. I contacted them and was offered a refund. That was 6 months ago. I have been contacting them weekly to follow up on the progress and I keep getting the same answer from any CSR that I speak with; "We will expedite the refund for you, you should receive it in 5 business days." "No there is no supervisor you may speak with" "wow I cant believe they have not refunded you yet" Guess I will be contacting them daily to see if I ever see my money again.
7/10

✅ Trip Verified | Bogota to Mexico City. The check-in process is painfully slow but the airport staff was very friendly. I have never seen so much care in applying the baggage tags. I think there were 5 tags in total per bag. The flight was on time and uneventful. The plane was quite new (4 years) but had no entertainment system, apart from some scattered displays - they do show the takeoff and landing which is kind of cool for a plane this size. The legroom was above average and quite comfortable. The service included a small bag of snacks and a drink. Overall better than expected - I would fly again.
1/10

"This airline is a joke"

✅ Trip Verified | Mexico City to Los Angeles. This airline is a joke, staff are untrained and incompetent, they lose luggage. If you book on a different website, they will double charge you for seat selection and baggage. Note if you book on Interjet, they may double charge your credit card and take 5 months to return it. It is about 100-150$ more to fly with a different airline. Sometimes even the same price. Save yourself from buying tickets the spending countless money on getting you things where you need them to go. Also any connection in Mexico City with them, give yourself an extra 3-4 hours for layover time. Or you will miss your flight, they don’t care how long the customs line is when you try to change flights.
2/10

✅ Trip Verified | The most boneheaded experience I've ever had on an airline. Flying from Miami to Guadalajara via Mexico City. Arriving in Mexico City it proved impossible to discover the gate associated with my connecting flight. Not present in the airport departures listing. A random Interjet gate agent urged me to 'wait 20 minutes'. 20 minutes later urged me to 'go upstairs and ask at the Interjet desk'. Visit the desk and am told, 'Gate T'. Go to Gate T and find Tampico passengers being boarded. Return to the Interjet desk, told Guadalajara boarding after Tampico. Return to Gate T and a lengthy wait until I am sitting at a deserted gate. Return to the Interjet desk. Oh, that flight has departed. WTF! From where because it didn't leave from the gate you sent me to. Go downstairs and see my supervisor and she will book you on another flight. Supervisor insists that the gate information was sent to the airport and 'not our fault' that it wasn't displayed. Of course not, who would have the audacity to blame Interjet for this mess up. And thanks for the heartfelt sympathy. So now my 9PM connection is a 6AM connection and I am enjoying the night at an airport gate. If I wanted to fly for 20 hours I would have booked a flight to Asia. Interjet is the airline that can't shoot straight.
1/10

"I do not recommend it"

Not Verified | First the flight was delayed for 3 hours then we got on the plane we never took off we were told that an engine did not start and we waited at least another 3 hours we arrived at CDMX at approximately 6 o'clock our flight from CDMX to Villahermosa left at 4 almost 5 (we lost it ) They told us that the other flight was at 6:45 after no longer that now at 8:30 we arrived to ask for our tickets and they told us that there was no longer space that the only flight was until the next day at 5: 30 in the morning and we had to be there at 3 in the morning. We had not eaten (nor had lunch or dinner) We were tired and apart they tell us that at 3 in the morning we have to be at the airport And adding that they did not even know what gate we had on the next day. Terrible airline. I do not recommend it at all. Disorganized, irresponsible. Primero se retraso el vuelo por 3 horas luego nos subimos al avión nunca despegamos nos dijeron que un motor no arancaba y esperamos mínimo otras 3 horas llegamos a CDMX aproximadamente a las 6 nuestro vuelo de CDMX a Villahermosa salía a las 4 casi 5 (lo perdimos) nos dijeron que el otro vuelo era a las 6:45 luego que ya no que ahora a las 8:30 llegamos a pedir nuestros boletos y nos dijeron que ya no había espacio que el único vuelo era hasta el siguiente día a las 5:30 de la mañana y teníamos que estar ahí a las 3 de la madrugada. No habíamos comido ( ni almorzado ni cenado) Estábamos cansadas y aparte nos dicen que a las 3 de la madrugada tenemos que estar en el aeropuerto Y agregándole ni siquiera sabían que gate nos tocaba al siguiente día Pésima aerolínea no la recomiendo para nada. Desorganizados, irresponsables. 0 estrellas.
1/10

✅ Trip Verified | El Salvador to Mexico City. I flew with Interjet a week ago. I had some luggage vandalised and destroyed with a sharp object. I reported the incident immediately at airport. A report was taken. When I contacted staff of interjet, not a single person wanted to help. On the phone they hung up. At the airport they sent me to another city to report. On email they only say automated polite response. They stop responding and never helped. This is the worst airline. No customer service. No support. Do not fly with them. Worst experience. The flights were cancelled. They had no airplane for us. Had to wait an entire day. Cannot be trusted. 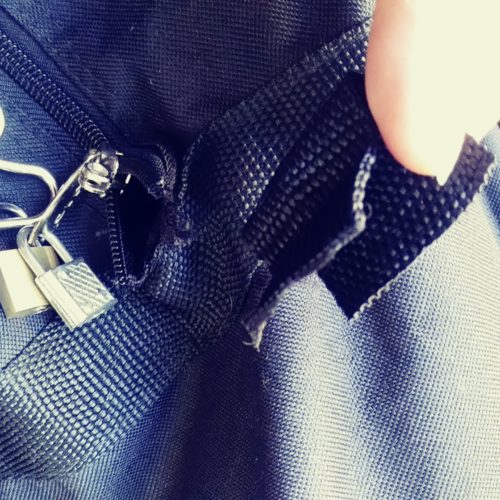 Not Verified | Las Vegas to Monterrey. Just made reservations for 4 one way flights with Interjet. One one leg, I made a mistake of choosing a afternoon flight instead of a morning flight from Mexico City to Guadalajara. After realizing my mistake, I called Interjet customer service (within 15 minutes) I was told that there will be a $35 charge to make the change. Are you serious Interjet?? I just spent over $900.00 on 4 flights and you are going to charge me another $35 for a change that shouldn't take more than 2 minutes to make?? Shame on you. I will never fly with your airline again.
1/10

"my first and last time flying with them"

✅ Trip Verified | Mexico City to Dallas with Interjet. This is probably my first and last time flying with them, even though the ticket is slightly cheaper the check-in process took 2 hours and I already checked in online. Luckily I arrived 3 hours before my flight.
1/10

"never be using them again"

✅ Trip Verified | Cancun to San Antonio via Mexico City. I went to Cancun to celebrate one of my dear friend's marriage. On the way back from Cancun to San Antonio, we had a connecting flight in Mexico City. We get from Cancun to Mexico City just fine, although we did not leave until 45 minutes after the scheduled departure, which was never mentioned by the Interjet staff. Luckily, our layover in Mexico City was long enough that a 45 minute delay would not make us miss our flight home. Boy, do I wish a 45 minute delay was the worst of our worries. We finally board the plane in Mexico City when we are told that it is too foggy in San Antonio to land the plane safely. They told us we would wait 30 minutes for another weather report. 30 minutes later, it is still too foggy. They told us to wait another 45 minutes for another report. After waiting on the tarmac for a total of 2 hours, they cancel our flight. Keep in mind that it had been foggy in San Antonio all day that day.. so why did we even board the plane?? They tell us to wait for our individual names to be called to obtain our immigration papers and exit the plane. We were the last few people off the plane and when we were finally off, nobody from Interjet was instructing us on where to go or what to do. We stood in the immigration line for about 45 minutes, then went to baggage claim because that's just where the crowd lead us.. After 1 hour of asking multiple staff members where to go to get another flight home, we finally were instructed to go to the Interjet ticketing line. Waited in that line for 2 more hours just for them to tell us that they could not accommodate us what so ever because it was a weather issue. The best they could do for us was get us on a flight the next day (over 24 hours later). No hotel accommodations. There was only 1 supervisor on duty and conveniently, the only staff member who spoke English. Other passengers were calling the San Antonio airport to check on the status of incoming flights. The San Antonio airport reported that many flights were landing without a problem that night. I am out $500 because I had to buy a hotel room and a flight on a different airline to get home sooner. I missed another full day of work because of Interjet. Interjet is the absolute WORST airline I have flown, and I will never be using them again. You shouldn't either. Don't even consider it!
1 to 10 of 158 Reviews