"don't waste your time or money"

❎ Unverified | Dallas to Guatemala via Mexico City. Interjet cancelled our flight less than 24 hours before departing and didn't have replacement flights until mid February. We called several times to get a reimbursement for our tickets and every time we called, they asked the same banking information all over again. Customer service was rude and not helpful at all. We have been waiting for almost 2 months and they are atill saying the disbursement didn't go through after asking banking info again. Don't waste your time or money with them.
1/10

✅ Verified Review | Never fly Interjet. I am a frequent traveller and this is the worst experience I had flying. Initially they changed the time of my flight with a 2 hours delay from Cancun to Miami, then the flight was cancelled and we had to fly through Mexico City. The flight to Mexico city was also delayed, then we had to wait for another flight to Miami which again, has been delayed. Instead of a direct 1h40 min flight to Miami it took us 22h. This airline is so disorganised, unprofessional and ruined all our nice memories from this vacation. Trust me whatever is your motivation do not take Interjet.
1/10

✅ Verified Review | Tijuana to Mexico City. I am a usual Interjet customer and starting 2017, I will quit flying with them. It seems like they have been over estimating their poor ability to organize themselves on time. I have been flying on Interjet for last 3 years almost monthly base, and their punctuality gets worse to the point of being not acceptable.
3/10

✅ Verified Review | Tijuana to Mexico City. Flight 2403, Scheduled to depart at 5:30 PM on December 23, but it was delayed 3 hrs, and we waited until 8:40 for the plane to depart. After arrival to Mexico City again we waited 2 hours for luggage. While waiting there, we found out another flight from Interjet had already waited almost 5 hours for there luggage, Outrageous and unacceptable! 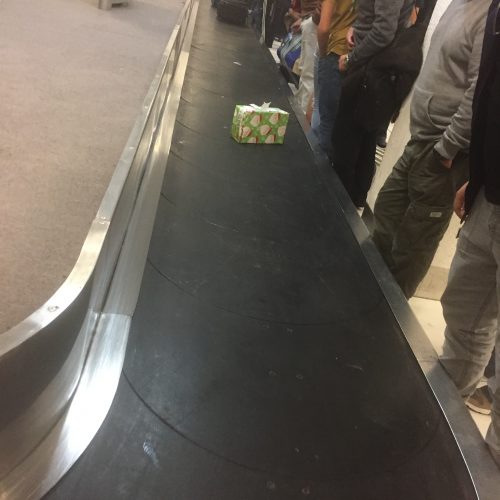 ✅ Verified Review | Houston to México. Initially because of airport delays (or so they told us) Interjet canceled our 8pm flight. They had no notice on the screen from where will the flight depart and poor passenger info. The gate was a mess even though there were at least 4 Interjet people, no English info either. On our way to the plane they stoped us and informed some of us the flight was canceled, no microphone info, or English version again, highlighting their poor organization. Last minute we had to find a hotel and cancel early work meetings. They booked us next day at 8pm again! We refused and finally they found seats at 9:40am but we almost didn't make it. Next morning The company created an atmosphere of stress calling for people's names (among which were ours) to check in ASAP (almost 2h before flight) we were in an initial cue and to get quicker attention we moved to the line they instructed. People were aggressive and rude because of the stress and confusing instructions. Finally at the desk, the Interjet staff was rude. Finally at the gate they called in for checking documents of around 30 people, work that could have been done at check in, this of course delayed the flight once more. Interjet doesn't use their resources intelligently and make their passengers suffer a painful disorganized system. If you can avoid it don't use this company.
10/10

"seats were so spacious"

✅ Verified Review | On an Iberia flight to Cancun from Madrid with stopover in Mexico City, we got to fly the last leg with Interjet which has codeshare partnerships with many oneworld airlines. The seats were so spacious and they all looked like they were for business class (armchairs with kind of leader). The crew were very friendly and apologised for the small delays we had. Everything looked very professional and they were very attentive with the passengers. A small snack and some non-alcoholic drinks were served. The airline is new and seems like it wants to make a good impression and if it keeps the standard like this they can become a oneworld member soon.
9/10

New York JFK to Cancun. The flight was smooth no issues, website is a little antiquated as far as being able to have E-Boarding passes, picking own seats. Otherwise staff both on and off the plane were both courteous, attentive and professional. Snack options on the flight was very good a sandwich chips and drink of choice and you get the entire bottle. Evening though the website shows the flight is book there were plenty of seats available to move about and stretch out if desired.
7/10

✅ Verified Review | Mexico City to Tuxtla and first time flying Interjet - I was very impressed. Not complex in booking (unlike some other Mexican discount airlines) because the features you need are included in your fare. Good service, timely departure and arrival. Comfortable plane. I'm a guy, but was still impressed that Interjet keeps one washroom reserved for women only. I would fly them again - and have, several times. Of three subsequent flights with Interjet, two had delays (approx 2 hours) - but delays on planes leaving MEX are common and Interjet announcements and information on status of the flights met expectations.
1/10

✅ Verified Review | Monterrey to Mexico City with Interjet, and the worst experience ever. The flight was delayed by couple hours. Original departure time was 20:40 - I did not arrive at Mexico City until 01:45 AM. The entire flight was on hold waiting a gate for over 20 minutes. Once the gate was set we were dropped-off in the ground level to wait for bus to transport us to the main terminal. It was raining and I felt in dangerous walking down the escalator, the stairs were wet and slippery. Once the bus finally arrived we went inside to find out the bus had the AC blasting cold. I immediately got sick. Like the plane had the heater blasting and we step out to a freezing-cold bus in the middle of the rain. I don't think I will fly interjet again.
1/10

Cancun to Zihuatanejo via Mexico City with Interjet. The flight from CUN-MEX was delayed by over an hour, with my layover being 1.5 hours. There were 3 people on my flight who were supposed to be on that connecting flight to ZIH, and although we only landed in Mexico City 15 minutes after the ZIH flight took off, Interjet did not feel the need to hold the plane. Understandable if they had another MEX-ZIH flight going out that day, but they did not. When I got off the plane I was told by an Interjet representative that if I booked through a different airline I would get a refund for the new ticket. The representative said he would meet us after we get our bags. I ended up waiting over an hour for Interjet to find my bag and the representative that said they would meet us by baggage claim never showed up. After 2 hours without any real answers about the refund, I was able to buy a ticket through Aeromexico. As I had booked a flight from ZIH-MEX through Interjet, I had to deal with them again. When I checked in for the ZIH-MEX flight I asked the Interjet employee for a phone number I could call to pursue my refund. He gave me a number for a line that asked me to take a survey so that I could win a vacation. Worst customer service and I will never fly Interjet again.
191 to 200 of 214 Reviews