✅ Trip Verified | Not only is their app garbage but so is the airline. The customer service is non existent. App does not let you pay for your carry on or check bags half the time which means they charge you $50 at the gate. Forget reaching out to customer service as well. You can't get ahold of a real person and when you email them you barely get a response. I've received one email in 5 days. Was also promised a $20 credit via email from Breeze for a delay I suffered & they never actually applied it to my account. Do not recommend unless you do not plan on using the app or plan on paying $50 for a carry on.
1/10

"It's clearly a bait and switch operation"

✅ Trip Verified | They switched at the last 2nd to a company called global X crossings. This company has planes that are well over 16 years old. They also do not have a first class. The staff at Breeze admitted during check in that they didn't have any planes they just rented out some planes. It's clearly a bait and switch operation which I would call fraudulent. There is no phone number to contact Breeze personnel personnel and they take forever to respond to emails. This airline is not worth taking even a second of your time to consider flying with. Take a look at the "1st class" seating in the pictures I supplied with this review. 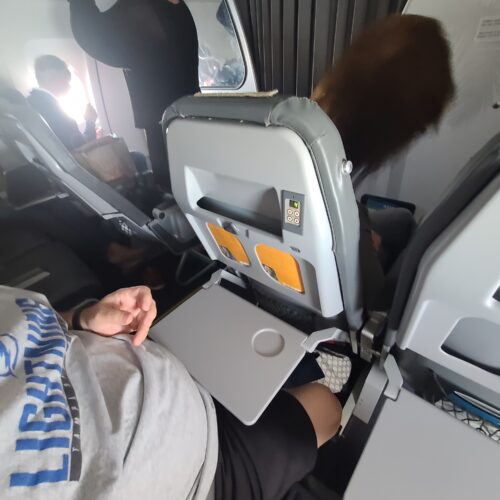 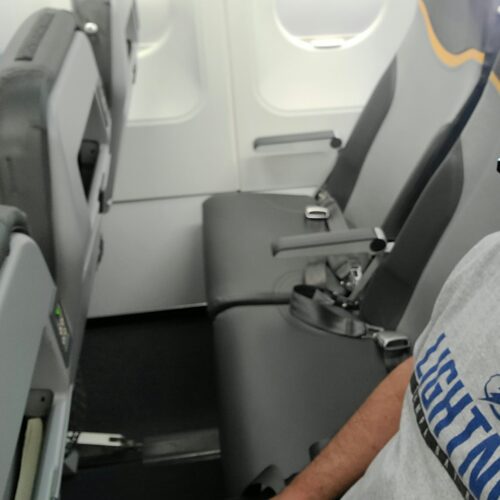 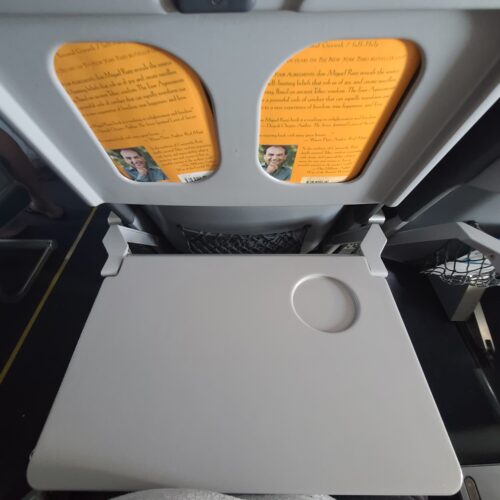 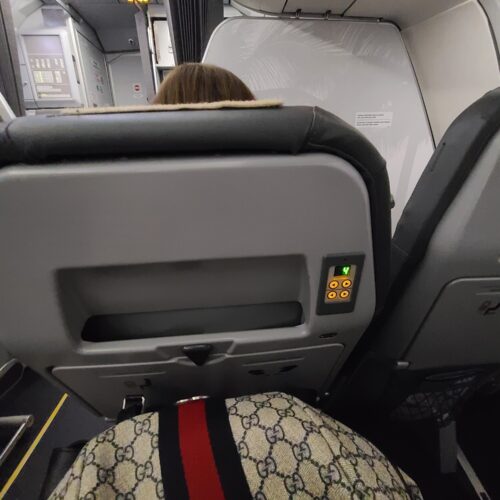 "They are non-existent with customer service"

✅ Trip Verified | If I could enter a negative number, I would - seriously. This is the worst airline I have ever dealt with. They are non-existent with customer service and they stole from me by refusing to refund my card after they canceled my flight. They offered me Breeze points towards a future flight, although all flights out of LA are now canceled or terminated through 2023. I am in process of disputing this but would highly encourage anyone to not do business with Breeze. They are a scam and impossible to contact. Please consider other airline alternatives. Their business should be shut down.
1/10

"I cannot recommend this airline"

✅ Trip Verified | After an eight hour wait in Charleston, our flight was finally cancelled. We rented a car and drove to Tampa. Then when we were checking on our return flight, it disappeared from the App. No notification that it was cancelled. No email, no text. Nothing. Tried every way possible to reach their customer service. I'm not sure they have customer service. Certainly not a phone number! DM to Breeze on twitter. They told us to use email, text, or Facebook instant messenger. Tried all three. No response (it has been over four days). Showed up at the Tampa airport on the day of our flight, and was told that our round trip booking was completely cancelled. After about two or three hours of standing at the ticketing counter, they finally agreed to reinstate our return flight for the original cost. They initially wanted to charge us twice the price! I cannot recommend this airline for anyone!
1/10

"not reliable or trustworthy"

Not Verified | They canceled my trip 3 weeks before. Now it would cost me an arm and a leg to fly with another carrier. I’ll now be driving. They are not reliable or trustworthy. Pass them up.
1/10

"worst airline experience I've ever had"

✅ Trip Verified | This airline is nightmarish. I flew with them once with delays but overall the experience wasn't terrible; however, when I booked my second and third trips with them it became apparent how inept they are. Five days before my trip they canceled my flight out of nowhere with no explanation. The only offered choices for resolution were to rebook the flight within fourteen days of the original departure date or get a refund of $160 for the canceled roundtrip flight. There were three snags with this: firstly, I needed the specific dates scheduled as I had booked over $1,200 worth of stays and activities at my destination which were non-movable (due to it being a holiday weekend) and non-refundable. Secondly, no other flights to and from my destination were even available within the allotted fourteen day window, so even if I hypothetically wished to take advantage of that resolution path it would have been entirely moot. Thirdly, because they waited until five days before the flight to cancel it, I had to pay $400 to rebook with a different airline, far more than my initial $160. When I went to their customer support page to get help with the myriad issues they created, I found out there is no way to call them for assistance. Instead, you must text message them. I text messaged them within five minutes of being notified my flight was canceled. The automated response said it would take "several hours" for a response. It took more than a day and half. When they did respond, they offered less than zero help. They offered the same two options given online with zero empathy, explanation or apology for their actions. They basically said "screw you, we don't care." They did not care about the extra expenses I incurred, would not assist even one iota with those expenses when asked, and did not seem to care that they had created a nightmare scenario through their own ineptitude. Because I had one more trip booked with them for later this year and I no longer trust them to honor their agreements, I requested a refund for that trip. Their bot-like agent offered me "breeze points" in lieu of a refund. Despite multiple appeals to empathy, common sense, and functionally begging for any leniency, decency or kindness, they merely stated "this is our final business decision." Their customer support is non-existent. They are happy to take your money, but will not honor their commitments to their customers; worse, when asked for accommodation and assistance due to their ineptitude, they refuse to issue even the mildest of apologies, proffer any explanation for their despicable behavior. Thank goodness I booked these trips on my Amex Platinum, so getting the refund through them was much easier. Unlike Breeze "Airways" (I can barely deign to call them an airline as they don't deserve the name) Amex actually cares about its customers and was happy to assist me inside of fifteen minutes and resolve my issues inside of another ten minutes on the phone. Breeze could learn heaps from them. This was the most irritating, least productive, and worst airline experience I've ever had and I've flown to twenty countries and thirty-eight states. I'd give zero stars if possible; avoid at all costs!
1/10

"my flight was cancelled"

✅ Trip Verified | Earlier this spring, I purchased three tickets for my family Los Angeles to Norfolk on 07JUL22 on Breeze. Saturday, 25 June I received an email from Breeze telling me my flight was cancelled, and I could rebook or cancel for a refund. The link to rebook did not work, so I tried to reach out to Breeze. There is no one to call, one can only text or reach out via facebook. I sent a text at 9:50 that morning, and at 10:32 p.m. Pacific time (over 12 hours later) I received a two-word response, "Hi Michael." I was subsequently told that there would be no re-booking options for this flight. I get it that cancellations happen. But it is ridiculous that passengers are informed less than two weeks prior to departure that the airline won't be flying this route until February (if then). Now I get to pay a last-minute fare for a connecting flight for three of us. Buyer beware.
1/10

"I will never fly this airline again"

Not Verified | This airline completely ruined our summer. Me, my husband, and my 2 kids were flying from LAX to Norfolk when our flights were cancelled yesterday. We were already packing, as the trip was only a few days away. We were all disappointed, my kids especially. I will make sure to never fly this airline again. This airline seemed great because of the cheap prices, but no wonder its cheap, they cancel everyones flights. I tried to rebook, but the next flight flying out of LAX was in February 2023. So I would not use this airline if you want to go somewhere because chances are, your flight will be cancelled. This would have been my first time flying with this airline, but I will never fly this airline again.
1/10

"not worth the savings"

✅ Trip Verified | Unfortunately I never got to make this trip. All flights on this route cancelled until February 2023. No email about cancellation, I found out by randomly going to the website and saw my flight cancelled. Not a professional way to run a business. I flew with them to Norfolk VA last October and that was pleasant. But after this incident I will not be flying them again, not worth the savings when you have to make last minute changes at additional cost.
2/10

"all of my fights were delayed"

Not Verified | Their system can’t handle known traveler number! I asked at the check in desk and they couldn’t find it. I keep a copy of the TSA letter with me and they still couldn’t find it. Had to go through the long line. Lost a day of vacation due to no flight staff. Additionally, all of my fights were delayed (some several times)
1 to 10 of 17 Reviews