"not too bad a service"

✅ Trip Verified | Flew Batik Air from Sorong to Jakarta on November 23rd. The flight took off on time and landed in Jakarta on schedule. The business class seats are comfortable, however there is very limited services onboard. however the cabin crew were helpful. Baggage arrived within 15 minutes of landing. Overall not too bad a service.
7/10

"IFE good but the choice is limited"

✅ Verified Review | Jakarta to Surabaya. Flew with Batik Air in the peak of holiday traffic. Taking 20 minutes for check in, but I can accept that due to holiday season. Because this is a short distance flying - the meal is only bread and water. The bread is very dry, and have no desire to eat that. The IFE is good but the choice is limited - the seat is quite good. Smooth take off and landing.
8/10

✅ Verified Review | Flew Jakarta to Batam with Batik Air in Business Class. I'm was the only passenger in business class on this flight. They use Terminal 1 Soekarna Hatta to check in - but business class passengers get a small lounge in Terminal 1 C for Batik Business Class only. The flight was good. Take off was smooth, but landing was not due to bad weather in Hang Nadim Batam. The flight attendant was attentive since I was the only one in the business cabin. The meal they served was good, but a little bit salty for me. Overall its good - their price for business class is very competitive. 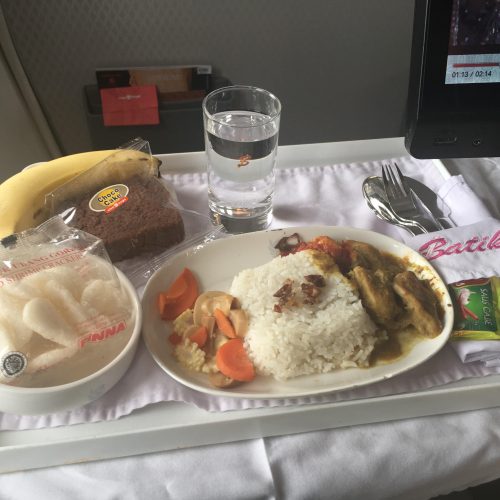 ✅ Verified Review | Flew Jakarta to Semarang on ID6352, operated by a brand new A320. Ground service started out well, boarding was announced nearly ten minutes early - remarkable in the midst of busy CGK operations at 7pm. The flight itself, though, was unremarkable. Crew were okay - they get their job done well, but didn't seem polished. Sitting in the very last row of the A320, the seat had no recline, although pitch was perfectly acceptable for a short flight - 31 inches. However, what stood out was the IFE - or the lack thereof - which were offered on older aircraft but not this one. However, the return flight, ID6341, on a BSI-equipped 737, was a completely different story. We pushed back fifteen minutes before our scheduled departure time. Pitch was impressive for a 737, at 32 inches, giving enough legroom to stretch out all the way. The seat remained largely the same as on the departure flight, leather-clad, good, but not great. IFE was offered this time on a high-resolutiion 9 inch screen, although the screen flickered occasionally throughout the flight. However, the crew especially shone on this flight - they approached those of the world's most prestigious airlines, being professional, attentive and friendly. Meals on both flights were the exact same - a piece of bread - just adequate for a shorthaul hop. Overall, two satisfying experiences, after which I will strongly consider them for future domestic flights within Indonesia.
6/10

"The food was horrible"

✅ Verified Review | Semarang to Jakarta. Batik Air have IFE on most of their fleet, which was good and the screen was responsive. The FA were okay although not as nice as the other Indonesian full service airline (they aren't as rude as Lion or Wings in the same group). The food was horrible, I know it was hust a short flight. I got a piece of strawberry jam filled bread and a mineral water, no additional drink that we can choose. The seat pitch was really good.
10/10

✅ Verified Review | Jakarta to Manado, the flight was on time. Flight attendants provide good service. during the trip, the media presented quite well. The food served is also varied, with characteristic flavor. All passengers are well served even though the ticket price is not too expensive.
2/10

"Disaster begin at check in"

✅ Verified Review | Denpasar to Kuala Lumpur. I took Malindo Air flight which was on Batik Air aircraft. Both airlines belong to Lion group. Disaster begin at check in. I can describe it as chaotic and highly inefficient. Served by Lion staff at Denpasar Airport, Batik open 4 counters. However only 1 check in staff was available for first 90 min. It took ages to do check in. Slow, incompetent, rude and unhelpful staff. Total mess. Information about code share was not displayed on screen so many pad we're confused. Flight supposed to start board on 10.20 pm. Question on 11pm what time boarding will start - answer - we don't know, check in is not over yet. Delayed departure for almost an hour. Food on board limited, enedible. Drinks - water and carbonated drinks. No water in lavatory, FA provide bottle of water to flush toilet after use. 6 movies in entertainment system available in Engish. Never again.
7/10

✅ Verified Review | Jayapura to Jakarta via Makassar. I arrived in Sentani Airport on 21 Aug 2017 at 2.45 pm with no ticket. Approached ticketing service area and found a man sitting on Lion/Batik Air desk in front of a computer. I asked for available ticket to Jakarta for Batik Air flight at 5pm. The man said I need to go inside the check in area and pass through security and scanning and he told me to tell that no one is attending me here so I need to go inside. I thought, so weird. When inside, I went to their ticketing service and a lady who attend my request was very quick and professional and I got my ticket there after I need to go out again to go to ATM to pay her in cash because she can only accept one particular bank card. The plane was late to arrive in Sentani for about 20 minutes. The boarding process was smooth. The cabin looks new, nice leather seat, and I think a bit more spacious then Lion Air. The inflight entertainment screen was wide with responsive touch screen and easy to use. Short range of movie selection, lot more of Hindi/Tamil movie than I would have expected, and no music selection. Meal service is fine. The food is average to low. Only water, tea, or coffee. Landing and arrival was smooth. They took us on a bus to arrival Terminal 1C in Soekarno-Hatta Intl Airport. I was in confused that no sign of my flight in Baggage Claim Area. So I need to ask to one of the ground staff just to receive a non-caring answer as she just pass my question by calling out to another ground staff which apparently more knowledgeable of the baggage claim situation. I went to the designated carousel and it took ages for the carousel to start to get my luggage. I would recommend Batik Air but Lion Air group until now is still my last option for my flight.
2/10

✅ Verified Review | Terrible customer service with Batik Air both at check in and during the flight from Makassar to Merauke. Food served during the flight was terrible, full of cholesterol and calories. Seats were filthy. It looked like a fairly new airplane, but inflight the screen was not working properly, and inflight entertainment was terrible.
6/10

✅ Verified Review | Jakarta to Bali. I only got tea, a slice of cake, and unfresh hotdog for my dinner on this 2 hour flight. Flight entertainment needs to improve. And we got hard landing when arrived at Bali. 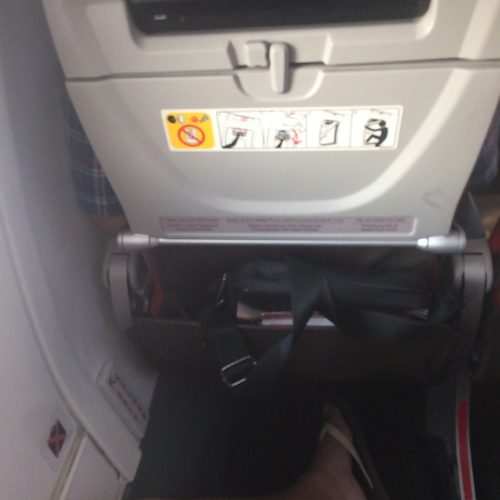 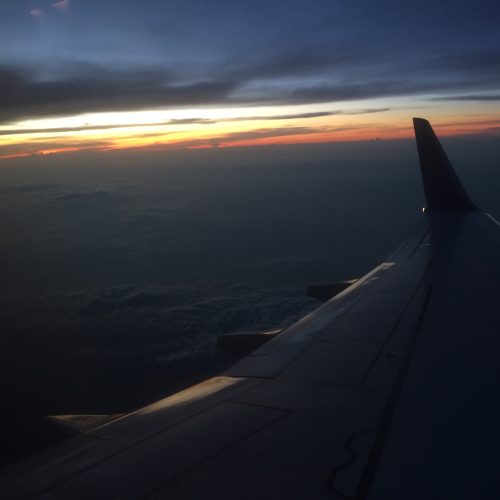