"cabin crew were kind and helpful"

✅ Trip Verified | I flew with Malindo Air / Batik Air twice during my trip in Malaysia: - one in a domestic flight between Malacca and Penang (the airplane was an ATR) - one from Kuala Lumpur to Tokyo (the airplane was a Boeing 737-800). In both cases, everything went perfectly well: there was almost no queue for checking-in and dropping my checked luggage (it's worth noting that a checked luggage is included even in the cheapest prices, BTW), the airplanes were in perfect condition (they actually looked almost new), the space for legs was OK (even during the domestic flight, it was definitely wider than in the Air Asia domestic I also took during that trip). Almost all of the cabin crew were kind and helpful (and also elegant), and during the long haul flight there was even an individual screen (which is not the case on Scoot, for instance). Also, their prices were very competitive, even when booking hardly a few days before departure. The only negative things I noticed are: - their onboard menu was very limited, both for food and for drinks. It would be great to have more choices, - they didn't offer a Wifi option (even on long haul flights). Based on the other reviews I can read here, things can be hectic if there is any problem (rescheduled flight or canceled flight...), but if it's not the case then flying with them is a breeze and the price / quality ratio is great.
1/10

"Worst airline I have flown"

✅ Trip Verified | Worst airline I have flown in 40 years. This experience taught me a massive lesson in the pitfalls of saving a few bucks on a budget airline. Only about half the app functions worked. There was no notification given that we would have to pre-purchase meals 24 hours in advance. And they would not even give us free water - we had to pay for bottles. Then half way through the food “service”, their eftpos machine broke and they would only accept cash. At one stage, they said they couldn’t provide change. The check in process was a mess, and took over an hour. The whole time we were waiting to check in, there was another customer screaming at the (I use this term loosely) “customer service” staff about his lost booking. Staff were standoffish, vague and at times rude. Pathetic excuse for an airline.
1/10

"airline needs to change many things"

✅ Trip Verified | When traveling with such airlines you know you cannot expect much. No high-quality service but at least the standard. Well...not with Batik I guess! To begin with, online check-in was not functional but that is not an issue. The check-in process in the counter was smooth. By the way, the airport in Bali is top class! When boarded the plane, it took literally 1.5 hour to complete boarding! They boarded people in groups every now and then. No announcements, no information, only some rumours from the flight attendants that the check-in system was broken. After departing with a 90 minute delay, and while there was no reference from the pilot and not even a typical apology, the flight service was also a delight. No surprise, you had to pay for everything on the plane but at least they should be accepting cards. It seems that Batik is an old fashioned merchant who asks only for cash and gives no receipts. The entertainment system is just typical. A collection of 10-20 movies, most of which were Indonesian, the rest mainly from Bollywood and a couple of Hollywood movies which I have never heard of. If you attempt to read the airline magazine you need to know how to read in Indonesian. No English. The same with many signs and guidelines in the aircraft. Very few were in both languages. The crew was not rude, but not polite either. It was always that awkward situation where they go only by the book when announcing things or when taking actions. When we finally landed, we were asked to stay in the aircraft for another 30 minutes for no obvious reason. Overall, the airline needs to change many things to become at least a standard service provider. I should mention here that the ticket from Bali to Perth (one way) was not at all cheap.
2/10

✅ Trip Verified | I never write a review for any product or service but feel forced to this time around. I was massively dehydrated asked for water 3 to 4 times but was never served water by the attendant. After 2 hours or so, I was served water by another attendant. I had to pay to get a blanket and the attendant never returned me the change despite requesting twice. Only when the flight was about to land is when I reminded her again and that's when I got the 45 dollars I was owed. It didn't look like she was planning on giving me the change had I not reminded her again. The attendant kept ignoring my requests and constantly asked me to wait.
1/10

"Worst flight and crew ever"

✅ Trip Verified | Worst flight and crew ever. We booked flight from Semarang to Jakarta at 4.30 pm and we try to check in via web a day before. But we couldn't and pop up message show there is an error in our booking. We also try to reach the Customer Service but there is no response. Later on we got the info from our colleague that our flight was moved to another flight which 5 hour earlier than our booking, without notice. We have to rushed our check out from hotel so we could catch up the flight. But what happened later more surprisingly, we got the information that our flight was delayed about an hour. What else, after we board, we knew that our cabin wasn't available because already full with another passenger luggage. And what the crew do? Nothing, they just moved our luggage into baggage without confirmation. This is the last time we used Batik Air and also another airline from Lion Group.
10/10

✅ Trip Verified | Best part was the leg space between seats, planes were new & clean. Airline ground staff at Lahore airport was very courteous & professional, went out of the way to accommodate family with kids. Air hostesses were smiling & helpful. Food quality was up to the mark, served hot. Journey was pleasant.
3/10

"surprised to see that are flight was cancelled"

Not Verified | I had a fine experience with Batik Air when going to Labuan Bajo, the landing wasn't the best but it was okay. When finishing are weekend and going to the airport on Sunday evening was it our surprised to see that are flight was cancelled. I got no mail or message from them telling me that my flight was cancelled. I can confirm that they had my Indonesian number and email address since they send my on both a message to confirm my flight and check in time on Thursday. So they had all my information, but now they are telling me that they have another number and e-mail address which is why I got no information. I get no compensation or no help to find a hotel around. Their system was wrong by sending the mail and message to the wrong message but they are making me believe that it is mine. Don’t trust Batik Air and always check your flight because they easily cancelled their flight!
1/10

✅ Trip Verified | This is my 1st time using Batik Air with Business Class. From Jakarta to Perth, transit at Bali. Really bad Service. At Jakarta the Lounge was so disappointed, the food is bland and cold, the soup pot lid were broken and they use like aluminum foil cover with tape, and the toilet was so dirty. Arrived at Bali the thing getting worse, they take Economy Class passenger at the Business Class counter, me and another 2 passenger end up standing about 45 minutes, until the passenger behind me go to complain and finally we can get our turn. Next, there's no Batik Air Lounge at Bali Airport, you gotta be kidding me!!! 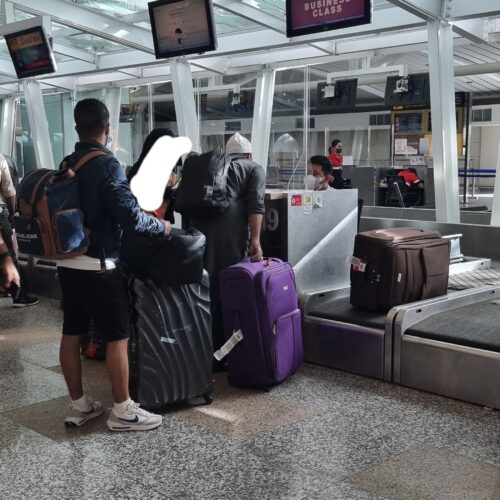 ✅ Trip Verified | My flight OD178 from MEL to DPS was cancelled because of technical issues with the plane when all passengers were waiting at the gate for boarding. The agent at Melbourne airport promised that I will be reimbursed for all costs that result from this, including hotel, meals and transfer and that I would automatically be booked on a flight the next day and that information will follow via email. For this reason, I decided not to go for the option of claiming a refund and booking a different flight. Well, I did not receive any information that day about when I would be flying. Also the service hotline was not picking my call until I gave up after more than 2 hours waiting on the line. I just went to the airport again the next morning and ended up flying with the same plane I was supposed to be on the morning before. I arrived at my destination 24 hours late. Costs for another night in Melbourne etc. resulted and I handed in all invoices to the Customer Care service email address that was mentioned on the flight cancellation letter I got at the airport. And now they are telling me that their terms and conditions state "Malindo Air reserves the right to cancel or change the planned departure, schedule, route, aircraft or stopping places of any flight for which fares have been paid, at any time and from time to time, for any reason, without notice to any Passengers affected thereby and, in connection therewith, the Carrier shall not be liable to any Passenger in respect of such cancellation or change, whether or not resulting from an Event of Force Majeure which includes but not limited to bad weather and Acts of God." If their agent on the airport would not have lied to me, I could at least have saved a few hundred bucks!!!! Customer Service only replies within more than a week not being a help at all. I'll probably end up loosing 500 Euros. Do yourself a favor and don't book a flight with Malindo Air or Batik Air or whatever they will call themselves in future.
3/10

"I haven’t received my bag"

✅ Trip Verified | I had bought extra 15kg bag when I bought my ticket. However, in Melbourne they couldn’t check in my bags so they did manual checked in from Kuala Lumpur to Kathmandu. I haven’t received my bag and it’s been 4 days. I am never flying with this airline. I keep on calling airport but no help till yet. This has just ruined my start of holidays.
1 to 10 of 99 Reviews