Not Verified | Grand Rapids to California. The way Allegiant mistreats its customers is unacceptable. I had a flight today scheduled for 6:30 am from Grand Rapids, Michigan to Los Angeles, California. 4 hours before the flight Allegiant cancels the flight without explanation. They send you a text and an email at 2:00 am saying "sorry, your flight has been canceled". It is a total lack of respect for the customer. Allegiant does not care if we have to pay one more day for a hotel, car rental, food and having to buy another flight at the last minute with how expensive the tickets are. Allegiant has to take responsibility and refund every penny we had to spend for the last minute cancellation. It is a disgrace that they mistreat their clients this way. 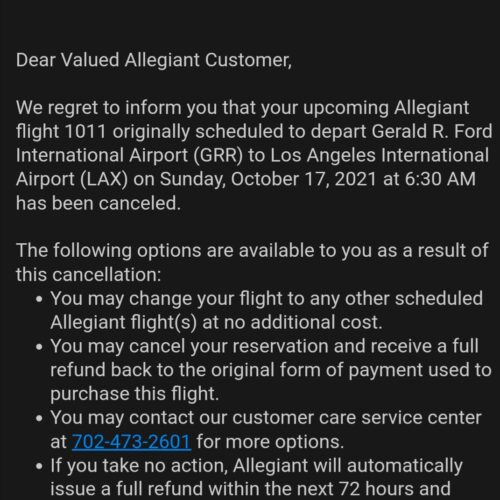 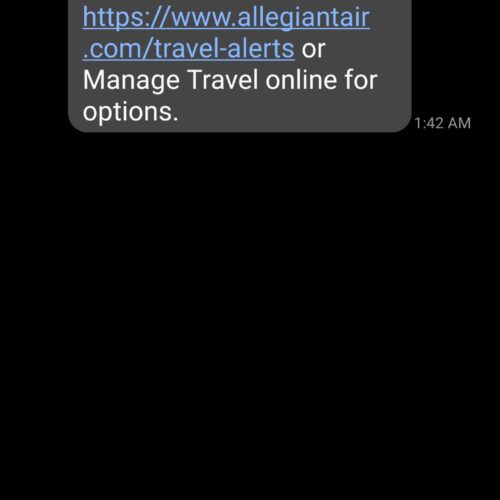 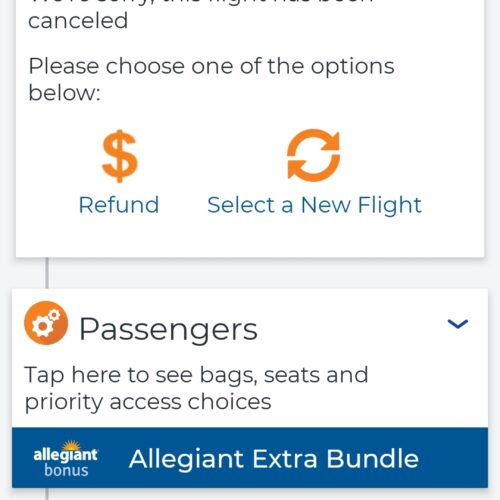 Not Verified | St. Petersburg to Newburgh. First time having family fly from St Pete airport. Outstanding customer service. Very polite and friendly service. Excellent assistance with two wheel chairs and allowing me to get a pass to go with them until boarding time. The entire staff and security was friendly and always smiling. Will continue to fly from here. Airport was clean and very organized.
1/10

"would not recommend this airline"

✅ Trip Verified | I would not recommend this airline. We had been in the air until we were supposed to be landing and then they announced there was no power At the airport so we had to divert to Sarasota. Not Tampa or St. Pete which are in the same area. I am not clear on why we couldn’t circle until they figured out the issue. Then they wouldn’t let us off the plane in Sarasota as we sat on the tarmac because we couldn’t go to a gate and we needed fuel to get back to Clearwater where we were supposed to land originally. I’m out the money I spent to book a car at the airport and now not sure if I can get one to get home.
1/10

"more stressful than any other flight"

✅ Trip Verified | My fiancé is a transplant patient and now waiting for another transplant. She has a designated medical service dog, not an emotionally support dog, and actual trained, doctor prescribed (UofU transplant team) service dog who detects and warns of blood sugar levels. Normal airlines allow at time of check in to allow verification of service dog. I called before the flight and waited on hold for 90mins to speak with a customer service agent who explained since it was within 48hrs of the flight I would need to bring her verification letter to the desk check in. We arrived early and was told abruptly by the gate check in that she needs prior approval and wouldn't even listen or talk to us as other people were on the flight and wouldn't discuss it, she just kept saying "it's not my choice it's not my problem". We waited for the line to go down and then I showed her on their own website that at the gate the gate agent can accept the paperwork. She refused. She then called customer service herself and told me on the phone that there was nothing that could he done. He said he had no record of me calling, he told me there was nothing to be done and then because I got upset and angry that if I didn't let him finish telling me how it was all my fault he would cancel our tickets with no refund. I asked what we could do then he said "find somewhere to put your pet". I then asked if I could just take her on as a regular pet, of course I could, for $50! But then complained that the bag she was in was not compliant (service dogs don't have to be in regular bags, she has a designated bag). After arguing again with the service gate agent she finally accepted my money but with condition it was non refundable but the air stewards could still refuse the bag. We rush to the plane where the air stewards at first refused, then when we explained she was a service dog and showed her service vest still resisted. The stewardess than says "oh the vest doesn't mean anything you can just buy that online" I then showed them the written doctors note and she simply said fine and wouldn't look at us. It's a 1hr 45min flight and has been more stressful than any other flight I've been on. The staff are rude, won't accept responsibility and all they want is to nickel and dime your money. Even if it seems cheaper, never fly this airline.
2/10

"I do not recommend this airline"

Not Verified | I do not recommend this airline. Our family was looking forward to a trip to Florida for two years. There was also a very important event that we were planning to attend there. Our youngest (5 years old) was excited as this trip would supposedly be her first time on an airplane. Imagine our disappointment when we were told that our flight would be delayed by 45 minutes due to a problem. And then 2 hours. And finally, after waiting for two and a half hours, it was announced that our flight was canceled. There was no possible way for us to get to our destination. The man who announced this (a crew member) seemed very impatient and annoyed with the crowd. We had booked two hotels for out stay. We were forced to call those two hotels and request a refund from each. One hotel was not able to provide us with a refund but the other was able to give us a refund for one day. Logically, we would also be unable to attend the race, which the kids were also looking forward to. The kids were extremely disappointed and we drove home in low spirits. In total, we wasted around five hours waiting in the airport.
1/10

"Last time we will fly Allegiant"

Not Verified | This is 3 for 3 since last March. Long delay for the 1st blunder causing us to miss our connection. 7 hour wait for a new connection. 2nd blunder. Woke up early and checked status of flight only to find it was canceled. No bad weather, no explanation, just canceled. 3rd blunder. Bad weather caused inability to land at Key West. Took us to Punta Gorda and dropped us off. Told if we got off in Punta Gorda we were on our own, only other choice was to fly back to Cincinnati. Last time we will fly Allegiant.
1/10

"This airline needs to shut down"

Not Verified | I will never use this airline ever again! I do not recommend anyone to use it! Our flight was for 8:30 PM departure and they started sending us msg delaying out flight early in the AM! All day they couldn’t decide what time we were departing. They told us the flight was departing at 11PM and as soon as we got there it changed to 2:30AM, after almost 5 hrs waiting, the plane got there and they changed the departure to 3:30AM, and guess what happened? They cancelled our flight due to flight attendants not being able to work for the rest of the night. this flight had at least 50 kids ready to go to Disney, kids sleeping on the floor! No food available at the airport, no one to help! This airline needs to shut down.
1/10

Not Verified | This might be the worst airline I’ve ever taken. I would never recommend taking this airline. It’s terrible, flights get delayed, you don’t get what you are promised, it’s all in all awful airline. Even if it’s cheaper, allegiant is not worth it in the slightest. You can almost guarantee you flight is delayed or canceled and you don’t get what you paid for. The best part is that they had every opportunity to fix their mistake and they never do.
1/10

"No empathy, just a sad sorry"

Not Verified | Twice burned! I should have known better. Cancelled 3 flights on me, 2 in one day - what's worse, they had no alternative and I was going to a funeral. No empathy, just a sad "sorry". I am now sitting in an airport 2 hours from home missing the funeral and no help with my getting home. This also happened on a flight with my dear brother who was going of cancer. After going to airport, waiting through 3 delays, they cancelled the flight. Had to drive my brother back home another 2 hour drive.
1/10

"on hold with customer service for 2 hours"

✅ Trip Verified | They delayed my flight twice then cancelled. Nobody will answer the phones or online chat I have been on hold with customer service for 2 hours. They will not give us a reason why they cancelled the flight and only want to give us a credit for all the money spent. They didn’t even give us a notification that it was delayed / cancelled until we were getting ready to leave so all the money we spent on rental car and hotel stay just went down the drain because the check in date has passed so it’s now non refundable. they don’t make any effort to get you on a different flight they expect you to figure it out on your own and “hope for the best”.
21 to 30 of 1558 Reviews