Not Verified | Terrible airline. Terrible experience. Pilot showed up late past the time for boarding start time. Then they have no one to load luggage so we sat on the tarmac in a full plane for an hour. This airline ruined our plans with others, ruined our next connection and destroyed a day of vacation. Terrible mismanagement and incompetence. I’ll never fly with them again.
7/10

"The crew was very professional"

"could not care less about customers"

✅ Trip Verified | They simply could not care less about customers. 4 people who had checked in early were denied seats because airline switched to a smaller aircraft. 4 suitcases lost and not delivered for 5 days. Zero chance to contact anybody and no communication at all from the airline. On return check in one counter for 150+ passengers. Upon asking why there are no more counters open it was suggested "if you want to you can complain". Return trip - luggage lost again. 80 mile delivery takes 3 days +
9/10

✅ Trip Verified | Munich to Amsterdam. A shorthaul flight which is not much different than a regular Lufthansa flight. Level of cabin service is about the same but certainly good enough. Flight attendants were friendly and attentive. They've an inflight wifi system which offers games, newspapers etc. All in all, a great experience.
10/10

✅ Trip Verified | Frankfurt to Verona. The plane had very nice livery and very nice design inside. Air Dolomiti colors are very nice. There was very clean inside. After boarding cabin crew gave out refreshing towels in business and economy class. The crew was very friendly and helpful. Air Dolomiti has very nice in-flight service, you can choose between cold drinks, hot drinks, beer and very good wines served in real glasses in economy and business class. There are also some biscuits and sandwiches, but it depends on the flight. IFE was also very good for such a short journey, every passenger can connect their phones to Air Dolomiti WiFi - there are information about the current aircraft position and some videos about Italy. Every travel with Air Dolomiti is travel in Italian Style. I highly recommend!
8/10

✅ Trip Verified | Catania to Munich. Overall a great flight experience. The cabin crew is very attentive and the plane equipped with an excellent entertainment system that can be used with the on-board wifi on your smartphone, all included in the ticket price. Pleasant flight and great meal. 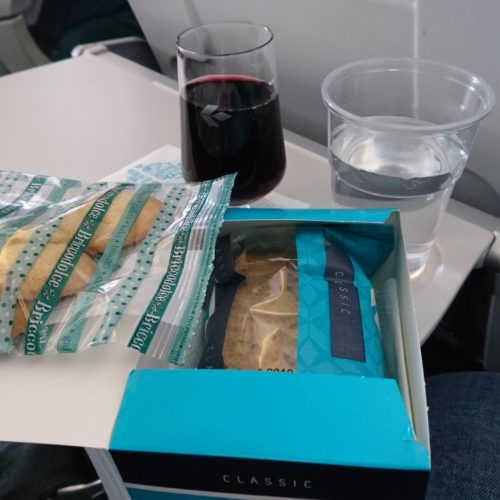 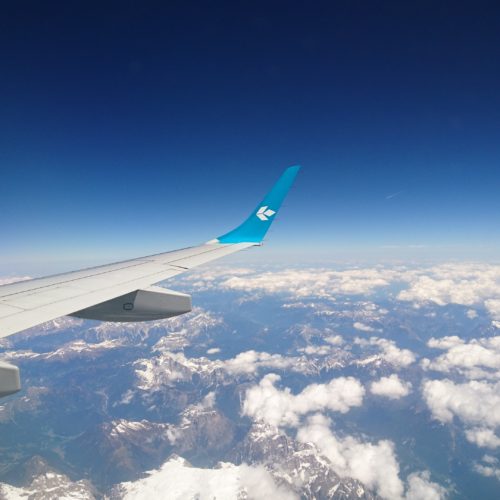 "Air Dolomiti worked OK for us"

✅ Trip Verified | Munich to Bologna and Pisa to Munich, both on an Embraer 195, economy. Both flights handled efficiently; southbound on time, northbound delayed by about 25 mins on departure due to to late arrival of incoming flight (there had been thick fog at MUC early that morning which had sent things adrift for much of the morning). However, support given to those with tight connections. Modest in-flight service - snacks and drinks - wine came in proper glasses. Other reviewers seem to have had a hard time, but Air Dolomiti worked OK for us.
1/10

✅ Trip Verified | Munich to Pisa. Unorganized, incompetent company, huge disappointment. We were flying to Pisa for a vacation and first our flight got cancelled. We lost $150 on a hotel reservation. Then our rescheduled flight was one hour delayed because their crew hasn’t arrived. The company must be extremely mismanaged because as we were sitting in Munich we saw that other flights were also delayed for the same reason. And all this hassle after we paid $350 for the ticket. Huge disappointment!
4/10

"situation we found ourselves in was a scary one"

✅ Trip Verified | Lufthansa flight from EWR to Munich was 10 minutes late, we were a group of 22 and we all raced panic stricken through the unfamiliar airport and customs to make this connecting flight (leaving at 11.15) only to be told at the gate (11.11) that the flight had already left! The Air Dolomiti employee began issuing new boarding passes for a 2.25 flight, but seemed overwhelmed when the rest of our group caught up and sent them all to customer service which is a long way back where they had just come from. A few people got lunch vouchers, most did not, why? At least we all were able to get tickets for next flight, which was delayed twice (why couldn't they have delayed our original flight? we were only minutes late) We finally took off at 4.00. The situation we found ourselves in was a scary one. Anyone who has had a connecting flight knows how stressful it is when one flight lands later than anticipated. It would have saved a dangerous run through the airport if a representative had met us or a message relayed over the loud speaker for all of us to go directly to customer service to be issued new boarding passes for a later flight! Not all of us are Olympic track stars!
1/10

✅ Trip Verified | Well I'd read reviews about this airline and thought no surely not but after a long stopover at Munich and with not long to boarding my flight was cancelled, no explanation. In the queue there were so many not singing the praises of this airline because they had had this before so instead of getting to my partner who I was meeting there for holiday and not being able due to ill health to stop for 36 hours for next flight Lufthansa flew me home. I would never again go anywhere if Air Dolomiti was choice of travel connection.
1 to 10 of 64 Reviews