Air New Zealand 777-300 is the best plane, but unfortunately they gave us the 777-200 for the long haul from Auckland to Vancouver, with 3x4x3 layout. Worst leg room I've had on a long haul flight. Narrow aisles, narrow seats, but worst is the leg room. Entertainment, service, etc are fine as usual for Air New Zealand, but I won't be flying Air New Zealand for long haul ever again.
9/10

"Premium Economy worth it"

I flew Premium Economy for the first time on an Air New Zealand Boeing 787 a few days ago from Auckland to Tokyo Narita. For a few hundred dollars on top of the economy fare, it was worth it. The seat and service were basically the same as business class back when Air NZ had First, Business and Economy many years ago. Cabin staff addressed passengers by name and the food and drink were similar to that in business class. Several days earlier, I flew over in economy on the same plane, and the economy class seat leaves a lot to be desired! 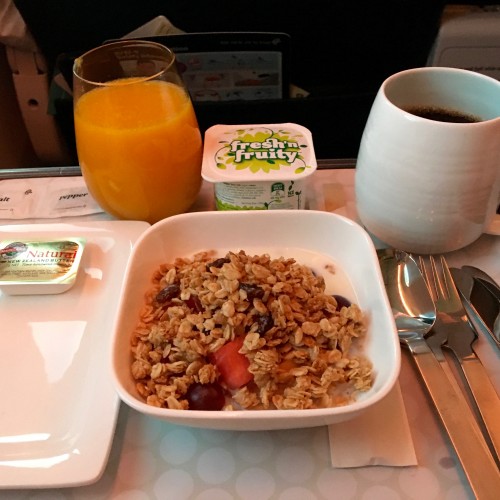 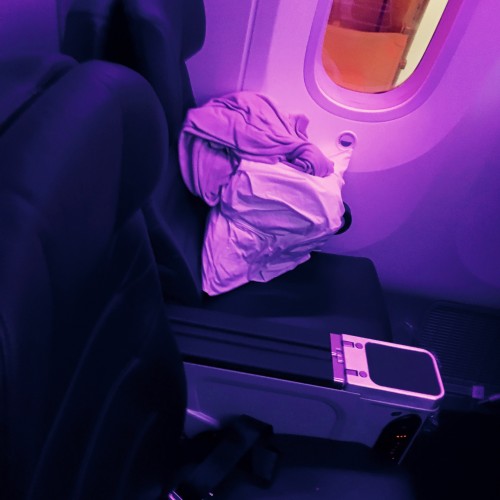 The plane interior felt a little worn but this made up for in the menu and service. The tray table and screen in the arm rests were annoying but excellent leg room, recline and movie choices made up for it. I liked that I could plug my laptop in and charge my usb devices.
4/10

Air New Zealand really jam you in at the back of the plane. Economy is very tight. The seats are narrow because of the 3x4x3 layout and the aisles are so narrow most people seemed to have to walk sideways. You've got to wonder about safety if the plane had to be evacuated quickly. Service is quite good and the entertainment system has a good selection but overall the lasting memory is the lack of personal space. If you're of above average size you'll really understand how a sardine feels.
1/10

Air New Zealand new seating arrangement 3x4x3 is a complete fail. Aisles are not wide enough for anybody of average size which includes there stewardesses. I was siting in an aisle seat and was bumped continuously for 13+ hours. My size is below average and it was impossible to to keep my shoulders in enough. Seat is narrow but I managed. Seat was uncomfortable but I always bring inflatable seat cushion for these long flights so not an issue. Food was terrible and if I every have to fly with them again, which I will avoid, I will be bringing my own food. All of this wouldn't bother me if the price reflected the service but it doesn't. This is a budget airline with full price tickets. NZ tourism will undoubtably suffer do the mismanagement of the countries national airline.
6/10

Beware of Air New Zealand’s “Equipment Change Policy”! We paid $100 extra for a pair of 2-across rather than the normal 3 seats. We boarded and found a longer plane had been substituted. Our corresponding seats had been re-sold to somebody else. Somebody at ANZ wrote: “The refund will revert to the original form of payment used in the ticket purchase and take approximately 2-3 weeks to process. I hope this gesture will demonstrate that we do value your custom and support.“ If we only wanted our money back, we’d have kept the $100 in the first place! ANZ: “in situations when an aircraft change is required, we would look to identify a comparable seat for our customers.” Clearly, nobody bothered to “look” for such seats until it was too late. Next: “the comparability of seats is open to interpretation.” Even a computer, and certainly a person, could have found “comparable seats” - they are obviously the two-across seats at the back of the plane, the seats for which there is an extra $100 charge! If you pay for such seats, don’t trust Air New Zealand. Once you are onboard and somebody else is sitting in the comparable seats, it’s too late.
8/10

"not sure it's worth the extra cash"

Booked the Air New Zealand sky couch as an experiment on an overnight flight to try for some sleep due to a planned long-drive after landing. While the leg room on the Air New Zealand Boeing 777-300 seemed reasonable, the 3x4x3 layout means the seats are very narrow and the aisles even narrower. The sky couch option is offered in one section of the three seat layout and really, you should think of it as buying the third seat for extra room. The couch works by a section of each of the three seats hinging upwards to fill in the gap between your seat and the back of those in front. Note that this feature means that when you’re not using the sky couch set-up, the seat design means the seat has no gap behind your calves so you can’t tuck your legs in. Also when you hinge the seats back down, then anything on the floor (like your shoes) is pushed below your seat and you can’t get to them! Going back to the use of the couch there are two main problems. The first we expected, in that if you’re over about 5 feet tall, you need to bend your legs to fit into the space you’re got. However the second was not really advertised, in that there’s simply not enough space for two people to lie down side by side. The problem is at your hips – we’re in our early fifties and I’d say normal sized adults by modern standards. However the very limited space means you really are crammed together – there’s no chance at all of moving around if one of you gets uncomfortable and there’s a real scramble to get up for a toilet visit – and it’s nearly impossible to get your temperature right. Add to that you’re lying across three seats (even with the thin mattress they give you) then there are bits sticking in you meaning two people have almost no chance of getting a long period of sleep. We actually had a little more success with one of us sitting up and the other using the two seat space. A previous reviewer commented that if the seat in front reclines then it really affects the space you have – we found this wasn’t really an issue if you also reclined your seats – effectively everything cancelled out. So at an extra cost of £299 to buy the spare seat to convert to a sky couch (on this flight – I assume it varies) then I’m not sure that it’s worth the extra cash, but it does buy you a spare seat for extra room.
3/10

"body persuades me to look elsewhere"

I like the clarity of the PTV touch screen, and that you can plug in your own headphones or charge from the USB port. But from then on it's all down hill. I'm 185cm (6'1'') tall, and not fat. I don't think I have ever been so uncomfortable in a seat. I found it impossible to get anything more than fitful sleep, and at the expense of a numb backside. As other reviewers have noted the price of choosing an aisle seat was to be constantly bumped by passing staff and passengers (I wasn't lolling out of the seat into the aisle; it's just that the seat is so narrow). I was half prepared to put the extreme discomfort down to getting older (I've just turned 50), but without any prompting the woman in the seat behind me said at the end of the flight that it was the most uncomfortable plane seat she had ever sat in. I've always preferred Air NZ, both out of a sense of loyalty to the national carrier, and because I had convinced myself that its long haul flights was more comfortable. However, my aching body now persuades me to look elsewhere.
4/10

"couldn't wait to get off"

We flew London to Los Angeles in Air New Zealand economy. I can say so far it rates as the 2nd worst flight, with Monarch being the first. 12 hrs flying, cramped seats where the person next to you was sitting in you. Each time the person in front of you reclined back, you lost your drink on the tray. At one point the entertainment system went down, they rebooted it 4 times and finally after an hour and a whole plane system reboot we had something to watch. Padding in the butt seat was non existent, all I can say is that 2 hours in my butt went to sleep, I only wished the rest of the body followed as I couldn't wait to get off.
10/10

Flying from Auckland to LA in the spaceseat, Air New Zealand gave incredible service. The spaceseats were great and for the first time I was able to sleep for several hours on a flight (never done this before). Unfortunately I discovered I get airsick if I have a drink then sleep for a while, once again the team were very helpful. Only watched 1 movie, slept for a good chunk of time.
21 to 30 of 74 Reviews