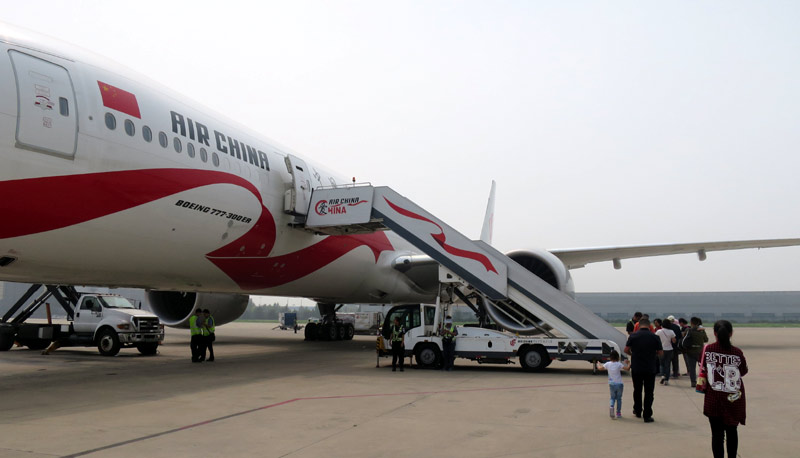 
Chinese passengers have faced long delays as the air travel market expands, with China is forecast to become the world’s biggest passenger market by 2034.

But long delays have accompanied growth, prompting some passengers to take matters into their own hands. “We have come up with our own list already. It includes those who beat up our staff, refuse to get on the plane or block the exit,” said Zhang Wuan, Spring Air’s marketing chief.

Such incidents have long made headlines in China and the region.

Last year, authorities in Thailand detained about 30 Chinese tourists who vented their frustration after their flight was delayed for more than 10 hours by singing the Chinese national anthem and refusing to board the aircraft.

In July, operations were suspended at an airport in eastern China after a man set fire to curtains and newspapers in the first class cabin of a plane.

And in 2014, an Air Asia flight to Nanjing was forced to return to Bangkok when a passenger hurled scalding noodles over a flight attendant after being told she could not sit next to the people she was travelling with.

The China National Tourism Administration said the incident had “badly damaged the overall image of the Chinese people”.

In the first five months of last year, they dealt with 12 incidents in which Chinese passengers had tried to open emergency exit doors while their aircraft was on the tarmac. The reasons included wanting fresh air or to smoke a cigarette, the South China Morning Post reported.