"the most unusable airport in the world"

✅ Trip Verified | T2 Dreadful place. As an older person who has stopped running marathons years ago, T2 is by far the most unusable airport in the world for people who are not "disabled" but have some mobility issues. I understand the theory of having to wind your way through duty free after the undermanned under resourced security area and the miles of cattle fencing for check-in. I was told off for not using it even when it was empty. (we are forced to check in mega early for these reasons). We wont mention the bars full of drunks first thing in a morning. After leaving the Aspire or Escape lounges which themselves are pretty poor compared to the rest of the world. The walk to the gates is several hundred yards at least, too much for families and the elderly and as yet the walkway has never been working. (its only short anyway) I have been there when the lifts were not working either. So unless you set off to the gate the instant is shows on the screens you will be late and incur the wrath of rude ground staff. The sit down on the aircraft is most welcomed IF you don't have to wind round steps and up steps to the aircraft. This is too much for some people and very definitely a security risk, that is another story. Don't mention special assistance, it takes forever, no staff, no chairs, wrong size etc, etc. plus it precludes you from having an extra legroom seat, and we are the people in most need of the legroom. Coming back is something to be feared, it is over 1 kilometer from the gate to the pick-up point and even for able bodied people dragging cases and children is a very long way. Landed at 14.05 today and it was over 1 hour 40 minutes before we were on our way and most of that was walking, blistered feet exhausted. It is an extra 30 minutes by car to Liverpool for us so we would have been home before we even left Manchester airport. I travel very regularly and have been to 73 countries in my life so I have some airport knowledge. Never again, the architects need shooting. I understand the available footprint and the budget constraints but the most terrible place in the world to travel from/to.
6/10

"somewhere I would prefer to avoid"

✅ Trip Verified | We were due to fly from Liverpool to Mallorca until easyJet cancelled their January flights, but we were able to transfer to flights via Manchester. We weren't thrilled at the prospect, having avoided Manchester for some years now on the basis of its size and overcrowding. In the event, things were much better than expected, mainly because both flights were at quiet times of day. Passage through security took only a few minutes and, though both of us had our hand luggage selected for separate inspection, the security staff were very pleasant and in no way officious. On our return, we were quickly through the electronic passport gates and actually back to our car in JetPark 1 within 20 minutes or so of landing. So, as far as the basic function of transit from car park to plane and back again was concerned, we had no problems at all. I would still say, however, that Manchester airport is somewhere I would prefer to avoid: some of the signage is confusing, many of the seats in the main central area of Terminal One were ripped and in need of replacement and the route from plane to terminal exit seemed to involve several staircases up or down. The sight of the extensive chicanes at security and passport control, not in use when we transited, was also a clear indication of what the airport must be like at peak times. As for finding one's way around the exterior of the airport, I can only be glad that all we needed was to access JetPark 1 and let the transfer bus drivers do the rest! All in all, though we actually got off very lightly, our enforced return to Manchester made us appreciate Liverpool airport all the more.
1/10

✅ Trip Verified | The queue was very short at security and my bags went through the scanner but I was delayed as I was patted down by a female security guard. The zip on my top had set off the machine. That was not an issue. The issue was with the security guard who when through my bag. He completely emptied my bag opened my medicine bag and removed all my medication, reading each label and was shaking it about. When I told him my medication was personal. He told me medication had to be declared as part of the liquids bag which is untrue. He then held me up for 20 mins as he swapped by bag 3 times! And put it through the machine 3 times just to delay me. I stood there laughing at the unprofessional approach he choose to take. Very poorly trained arrogant staff in this airport the machines are oversensitive. That week I had travelled from Dublin to London, Exeter to Manchester, Manchester to Exeter and tomorrow I will be flying back to Dublin. The only place I had an issue or was been patted down is Manchester. I suppose the have to justify their job.
2/10

Not Verified | Probably the most depressing, tired, dirty and uninspired airport I have come across. The seating areas are miserable, limited and uncomfortable. The selection of food is limited, carb heavy and it usually necessitates a long wait for a sit down meal. The shops are a basic high street selection. What a missed opportunity. If this was an advert for Manchester you would skip a visit. The security area (unless you pay) is in a dingy basement and painfully slow. Want a luggage trolley? You pay for that. Want wifi for a little longer? You pay for that. Want to get picked up? You pay for that. Until recently, they even charged for those little security bags. Money-grabbing. Passport control, if you hit it at the wrong time, is woefully under staffed and the electronic gates seem like first gen. Even the layout is adhoc, you will be climbing and descending stairs trying to get to your gate. There is really no need for it. It handles around 27m passengers, less than Copenhagen which is far superior. If you can go somewhere else, do so.
2/10

"T3 is an absolute disaster"

Not Verified | Far and away the worst airport in the UK. T3 is an absolute disaster! Starting with departures security, the queues are beyond long caused without doubt by the condescending personnel who are downright rude to everyone, without exception. I know this is a serious job, but other airports manage it with far more humility. After this torture you then pass into a both dated and limited (facilities) departures area, again queues for anything and everything. On return a 1 hour wait for in line for UK/EU immigration, just embarrassing.
1/10

"The security is the worst"

Not Verified | The security is the worst I have ever experienced. What is the meaning of fast track? The airline is paying the Airport (abt 20 pounds) for facilitating passengers using the Airport. How an earth can they arrange fast track and expect passengers to pay again? They are paid for a smooth and properly organised security check! Dropping off fee. Do they really expect passengers to haul their Luggage into a bus and drag it out at the actual entrance? Picking up at T3 An absolute disaster. Having to walk in rain and cold to the parking lot. Then pay £4.50 for two minutes?
1/10

"What a nightmare airport!"

Not Verified | What a nightmare airport! Manchester is getting worse and worse as the management continue their programme of monetising every single use of the miserable place. Just about the only part still free is the scruffy toilets. Now they have messed up the short term parking at T3 by leaving plastic separators where you used to be able to nip in, park, meet your visitors and be on your way quickly. Nobody objected to paying for that but now they force you to drive round and round their car park and to add insult to injury they have removed the pay stations from the meeting area in T3. This leaves visitors feeling stressed, aggrieved and ripped off. For half an hour of parking in this national embarrassment we paid seven pounds! The staff who run this place ought to take some of their loot and jump on a plane to visit the beautiful, clean, spacious, well-run airports at Johannesburg, Cape Town and Durban for some lessons in how an airport can be a pleasant place to visit. As a frequent business traveller I can also say that Security at Manchester is a horrible experience as the staff are rude, bolshy jobsworths. Any South African airport or Schiphol will show them how Security should be done. I despair, I really despair. What hope is there for the fabled Northern Powerhouse with this level of greed and incompetence at this important airport.
1/10

Not Verified | Manchester T-2 parking is worst for people with disabilities. The parking area has no wheelchairs or trolley. I asked for wheelchair assistance through a call and no one came for me for 40 minutes, I felt cold and my husband was getting vexed and upset as he is a wheelchair user too. By walking my daughter counted it to 480 steps from door to parking area and to check-in 540 steps. This is horrific and inconsiderate of Manchester airport. The parking attendants wheelchair facility is shambles. After check-in, my husband and I waited for 1 hour to be taken for security. 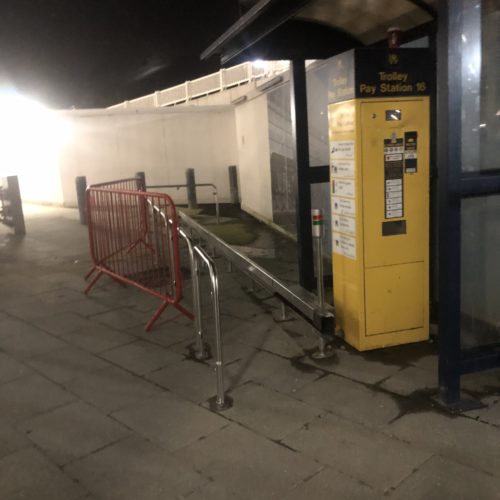 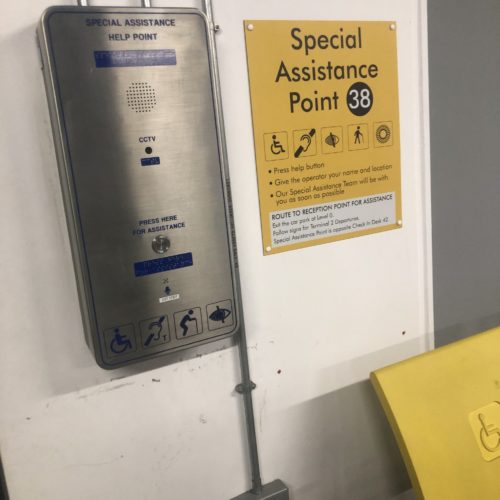 "It is by far the worst ever"

Not Verified | Twice in the past weeks have I had what I would rate as the worst airport. The moment you arrive you are harried and barked at by staff entering Security, after managing to pass on fast track I was trying to sort out my Plastic bags to the Regulation 20 x 20 there was noboby else in fast track but the lady 'Marshal' was harassing me at 6am! Then you are treated as a child I have travelled internationally for more than 30 years and will actively look for alternatives if possible, even now I am dreading the assault course I shall face on wednesday on my return and the size of the passport queue. How many of the 6 auto machines will be broken, got into the US last month faster than returning to UK! It is by far the worst ever.
1/10

"filthy and the toilets stink"

Not Verified | This is my local airport and I use it at least 4 times per month for a mix of business and pleasure. There is no element of the arrival or departure experience that is delivered with competence. T2 parking is miles from actual building, use public transport- even further away. Security staff surly and rude and call out items that are not a problem at any other airport. Every part of the building is filthy and the toilets stink. Shopping worst in any major airport. The main terminals dont have seating- do have plenty of places to ply you with beer. Food quality is shocking.
1 to 10 of 1216 Reviews