"not very complicated to navigate"

Not Verified | I've used Doha airport during my recent trip. This airport is very big but not very complicated to navigate as all the flights operated in one terminal divided into at least 5 piers or concourses that are reachable be a walking distance and some by in terminal train. There could be a long walking distance to reach some gates, fortunately my flights were all departing from the same pier. There was some lines at security check point for connecting flights and at some transfer desks. There's a teddy bear lamp located in the central area which is the landmark of this airport. The duty free has a wide selection of items often more expensive than other airports. There's also some fancy branded stores, restaurants and coffee places. There's some quiet areas spread around the airport where you can take a rest, specially when having an overnight connection but announcements about covid-19 can be annoying. The terminal is well designed and not bad but I found it a bit dark. The Qatar Airways staff at the transfers desks is good and helpful. Overall Doha airport is better than some other international hubs.
7/10

"All areas are clean"

✅ Trip Verified | The airport hotel costs you over 300 dollars a night. Not enough places to lie down, few reclining seats. There are good quiet lounges but not enough. The free WiFi is excellent. The transit tourism offers are excellent so if you are delayed check them out. Staff are very friendly and helpful. All areas are clean.
10/10

"Loved every moment of my visit"

✅ Trip Verified | Most beautiful airport built from a reclaimed land. Awesome is the rating, in terms of the facilities, guidelines, shopping and what not. Loved every moment of my visit.

✅ Trip Verified | It's very clean and beautiful airport, facilities were clean and accessible, lot of shopping options and Restaurants. Wheelchair were available for older people and information desk was accessible to answer any questions for new visitors. I booked my flight as a Economy passenger but wanted to upgrade to business class as I had a long flight ahead of me. There was only one booth with only 2 representative available in the whole airport, line was long and was taking the agents quite a few minutes to handle each passengers upgrade, waited 45 min to upgrade.
2/10

"Hamad International airport had nothing to do"

✅ Trip Verified | Unfortunately, I had to spend 16hr in Doha airport as I missed my connection due to a delayed Qatar Airways flight. They had no rooms at the airport hotel, and refused the request to go to city hotels. So I had to spend 16hr, and I have managed to explore the airport. Well, Hamad International airport had nothing to do, the most boring airport I had to spend a transit. There were only two food courts, despite 4 terminals. One was quite busy, and the other was at the end of the airport, only with 4 restaurants. The food was not exciting but was okay. Everything was in the 25-40 range. There was no place to take shower, and the sleeping area cost $50 per hour! There were very few quiet sleeping areas were available for free, but they were all full. There were more or the same number of prayer rooms as toilets. But toilets were clean and well attended. There were no water fountains available to fill bottles of water. The only option was to buy them. There were secure baggage lock areas, but they were not functional, and only worked with a transponder. But there was no information on where to get them. Duty-free shopping was ordinary, and the huge gold store was available. Some constructions were going on. I would not recommend spending time at Hamad International!
1/10

"At Sydney airport, the staff took my pram"

✅ Trip Verified | I flew from Sydney to London via Doha on Qatar Airways travelling with a 7-month-old infant. I specifically bought a pram that I could take on the flight with me as I was travelling on my own, I tried to be as organised as possible and minimise the stress for this trip. At Sydney airport, the staff took my pram and loaded it as baggage which I had researched prior to buying the ticket that that wouldn't happen so I was a little confused when they took it away. When I arrived at Doha I asked for a pram during transit. I was told that due to Covid they weren't allowed to provide me with a pram. I was on my own with an infant that I had to carry in my arms for three hours during transit. I was tired, struggling with the little one and had been holding her for ages when I asked for help form the ground staff who told me to improvise. I tried to get hot water to disinfect the baby bottles and once again doing everything one-handed holding a tired and cranky/hungry baby was near impossible.
9/10

"HIA is the best airport I’ve travelled from"

✅ Trip Verified | I am a regular flyer to and from Hamad International Airport. As I partially live in the UK & Qatar. My latest arrival was on 19th December from London and within 20 mins I was outside. Smooth and great service and the ground staff are also very helpful. On the 27th I departed for Medina. It was a morning flight so a bit more traffic. But again the service was tip top. HIA is the best airport I’ve travelled from. 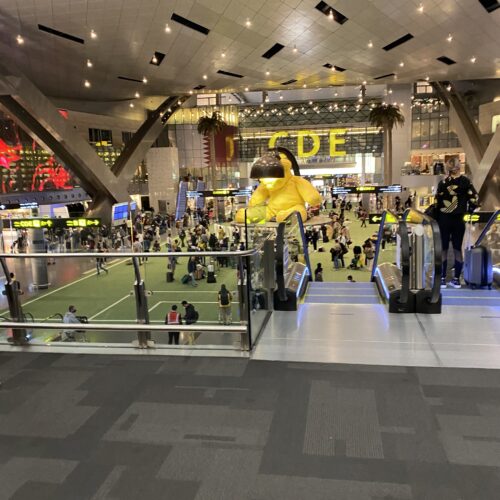 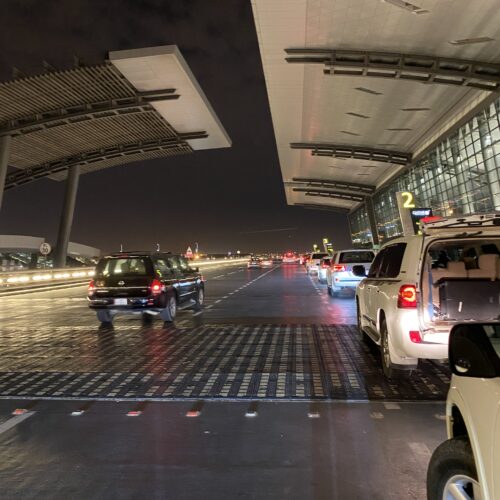 ✅ Trip Verified | A disappointing experience. Only one lounge open and that was full for the next two hours. No voucher system or compensation. Some Restaurants also full. Toilets not very clean WiFi not working (I’ve used it several times before on previous visits).
3/10

Not Verified | I happened to go through Hamad International airport for transit twice. The flights were delayed, ended up doing a layover for 6-7 hours. This is the last time I use Hamad airport. Though it is luxurious, this does not outweigh poor customer service performance.
10/10

✅ Trip Verified | The Hamad International Airport has all the amenities of a world-class airport. The Duty-Free shops are aplenty and very enticing. This is a great place to shop for jewelries.
1 to 10 of 217 Reviews