✅ Trip Verified | The domestic terminal is better than the international, seemingly having been refurbished during Covid. Both have adequate food options. Plenty of seating. Clean. Domestic departures. At security beware the overzealous and brusque female personnel with their metal detector wands. A small coin inadvertently left in a pocket will immediately incur their wrath. Perhaps their rigorous practical training could also include occasional use of the words 'please' and 'thank you'. Polite manners to avoid confrontations are as important when dealing with foreigners as they are with the locals. International departures: leave plenty of time for passport control and security which is efficient but there can be long queues. At last, the the BTS runs out to Don Muang and the station is not too far away - making the old taxi lottery system a thing of the past.
9/10

"Don Muang is much more beautiful than before"

Not Verified | I think Don Muang is much more beautiful than before including terminal 1 and I only walked quite a short way to gate, I want AOT to increase the other pier or expand the old pier (increase gate), especially the bus gate. Arrival: when I landed I just walked a short way but I think the walkway looked like a dimensional tunnel. Queuing was so long and bus gate was cramped.
10/10

✅ Trip Verified | On the 4th of March, I was flying back to Bangkok from Tokyo. At the end of an 8 hour flight with N95 masks, I was exhausted, and didn't do the usual "always look back the trolley" search that I normally would. I didn’t realize it until I was getting ready the next morning, that I have lost my expensive skincare that I bought for mom as a gift. Brand new and properly packed in the duty free bag. I panicked and thought there was no hope that I would find the goods. I called the airport just to try our luck. The airport staff told me to describe the items that we lost and would contact us after checking with the lost and found department. Only a few moments later, the airport called me that they found my items at the lost and found. A janitor had turned them in. We can arrange to collect the items anytime. It all seemed crazy to me because the items were in perfect condition. I was so grateful and could not believe that my stuff would be able to be found. The airport staff were extremely helpful and nice. It made my day and I still feel so thankful even until today. 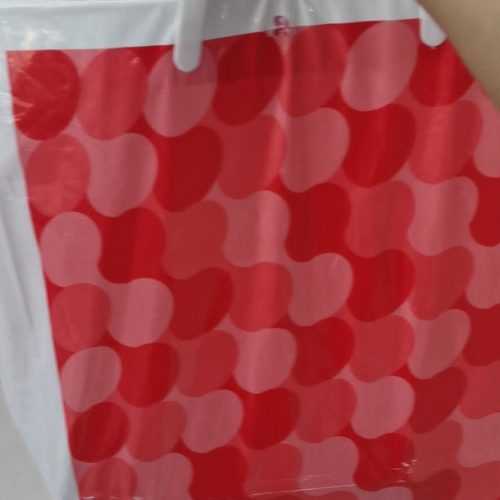 ✅ Trip Verified | Absolute trash customer service. Accidentally packed my 100ml DFS item into my carry on bag. Staff was very rude when telling me to dispose of the item. I was already super upset and yet she was not empathetic. Took out my smaller bottle wanting to refill my small bottle with the DFS item. She was being unreasonable and said I couldn't do so because my bottle didn’t specify 100ml
10/10

✅ Trip Verified | Great experience. Almost zero queues at immigration in and out, minimal wait for baggage. Good facilities. Clean. No wait for taxi downtown. Lots of seating. Reasonable WiFi. Pleasantly surprised. Much better than BKK, which was horrendous last time I went through.
7/10

"extremely rude and not helping at all"

✅ Trip Verified | I had an issue with bringing in an so-called prohibited item at Thailand Don Muang airport to board the plane via carry on baggage. Never faced restriction for this item on any other international airports such as Singapore, Penang or even in Hat Yai. The item is Baj used by Sikhs for their Turban. The security staff of the airport asked me to get the airline staff to come and discuss with them if they would allow or able to help me in any way to bring on the item either through check-in baggage or any other way. When approached to the Thai Air Asia staff at the departure Gate 5 for help, they rudely responded that if the security said it is prohibited then we cannot do anything without even trying to talk with the security staff. Then when asked if there was any way to bring in the item maybe through check-in baggage then they further rudely responded that all the baggage had been loaded into the plane and told me to cancel the flight and there will not be any refund. The Thai Air Asia staff at the departure gate 5 were extremely rude and not helping at all especially the male staff who even raised their voice to us instead of truly finding a way to help or politely explain that they are not in position to help us. With such service I'm definitely not going for Thai Air Asia ever again. Happened on November 9 for Flight FD 401 from Thailand, Don Muang airport to Malaysia, Penang airport. Flight pick up time 1.30pm. Date of travel: November 9, 2019.
9/10

"impressed with this place"

✅ Trip Verified | Very impressed with this place - used to be terrible but now much better than the other local airport. Fast checking security and immigration. Lots of food and drinks outlets. Plenty of seating. All in all a dream.
10/10

✅ Trip Verified | I've been through Don Muang many times. Every time I clear immigration, my check-in bag is already waiting for me. Very impressed, excellent baggage handling.
7/10

✅ Trip Verified | I've seen a lot of moaning about this airport, and it doesn't match my experience at all. Yes, it's old and run-down. It could do with a paint and a clean-up. But it's the budget airline terminal: if you want something fancy, pay more for your flight and be disappointed by Suvarnabhumi. I arrived at this airport on Air Asia from KL at about 9pm. We landed 30 minutes early, taxied for two minutes, and were connected almost immediately to an airbridge. We deplaned faster than I've ever seen before. There was no queue for immigration, but there was a slight delay because I had to go to a counter to ask for an immigration form: there were none in the queuing area and they were not handed out on the plane. So getting through immigration took me five minutes, including two minutes to fill out the form. By the time I got to the baggage hall, an official told me that our bags had all been taken off the carousel and were on the floor awaiting collection. Mine was there. There was then no queue for a taxi. I was in a taxi on the motorway before I was actually scheduled to land. Departure was on Scoot to Singapore, a week later, mid-afternoon. The check-in area was very crowded. There was a 5-minute queue for check-in for my flight. I then had a five-minute queue for passport control, and two or three minutes for baggage scans. That was it. I was through. Food options are limited, but there is a McDonald's, which was fine, and which charged normal McDonald's prices. I was able to get a seat there with no problem. The gate area was quite peaceful, with plenty of seats and plenty of recharging stations, and a good view of the apron. We pushed back 5 minutes early. Don Muang is not pretty. But, for me at least, it was efficient. Suvarnabhumi, on the other hand, is grand, but it's too big, it's horrible to get around, and immigration and security are slow and inefficient. And the food options are abysmal. Given the choice, I'd choose Don Muang over Suvarnabhumi every time.
1 to 10 of 113 Reviews