Not Verified | Delayed return to UK with TUI Airways due to crew sent to wrong plane at London Gatwick on the outbound journey on the morning of 24/03/2019. They then tried to imply that the Italians were to blame for missed slot! Maybe if they had arrived on time they would have used the slot the were allocated. That was why we were then hungry on the flight and my daughter getting and trying to eat her pasta while we landed.
10/10

Not Verified | Lanzarote to Birmingham. Great flight with TUI. Served lovely snacks, and had great in-flight deals. This is the second time I've flown with TUI, the first in December 2017 to Fuerteventura (also from BHX). Pilot gave us speeches, and handled the take-off and landing pretty well. I would definitely recommend it to other people wanting to travel to the Canaries. Unfortunately no wifi, but that may be the type of aircraft I flew.
10/10

Not Verified | Boa Vista to Manchester. I cannot praise TUI flight staff high enough either going out to Boa Vista on 31st Jan 2018 or coming back on 7th Jan. They were all so polite and friendly and nothing was too much trouble and certainly helped the long flight pass. On the way out a passenger took ill and this was dealt with efficiently and very calmly and the only reason we new about it was because a doctor was sitting in front of us and was asked for his help. I have difficulty walking so had ordered a wheelchair from the cabin to the baggage collection which didn't turn up and the whole crew waited with me and my family until it came, despite me telling them to go home they all refused, even the captain. Tui should be proud of having such exceptional staff managing their planes and dedication to looking after the passengers. I have booked holidays with Tui many times and they are always our preferred choice and will remain so.
4/10

"dissatisfaction with this airline"

✅ Trip Verified | Gatwick to Guanacaste. A middling to poor experience for us, which we shall not repeat. The Boeing 787 is a nice aircraft, large windows & the famed pressurisation ensuring a higher level of comfort. However, the seats were showing signs of age and generally the plane was dirty, especially the toilets. Seating is also cramped in 3-3-3 layout. What is worse is the truly dreadful food, in way too small quantities, as well as the quite mediocre service, with some truly surly staff members (though not all). They also seat you apart randomly if you do not pay extra. For the price I found the experience to be sub-par, and I had a general feeling of dissatisfaction with this airline.
10/10

Not Verified | Bristol to Orlando Sanford. We have been travelling to Florida for many years but have been using TUI exclusively over the last few visits for the following reasons. They use Orlando Sanford which our preferred airport to arrive and depart from due to its size and speed to travel through. The planes they use are relatively new against Virgin 747s (Over 30 years old) and BA 777 (20 plus years old). Leg room is generous for economy. Flights are generally on time, with the last visit in September 2018, both flights pushed back early. The food is okay for airline fare, with plenty of drink runs by the crew. Overall we have been very happy with TUI (and its predecessor Britannia) and will probably look to book with them again on our next visit. Well done TUI.
10/10

"The flight was great"

✅ Trip Verified | Manchester to Cancun. The flight was great with no delays on either of the flights! The in flight entertainment had loads of films to watch as well as TV shows and a variety of games. The meals were great and lots of them and we even got complementary drinks and food too. Cabin crew really friendly and a good environment to spend a 11 hour flight in and really comfy as well. Definitely recommend! 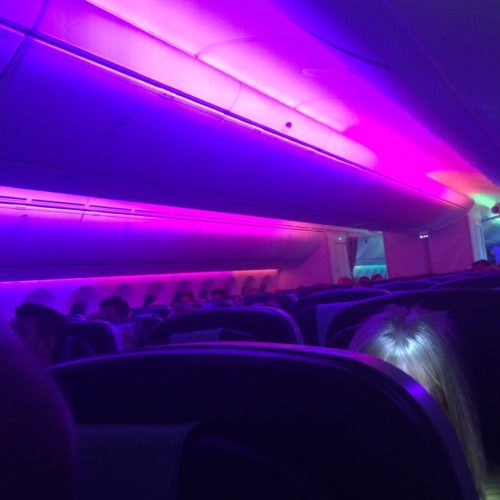 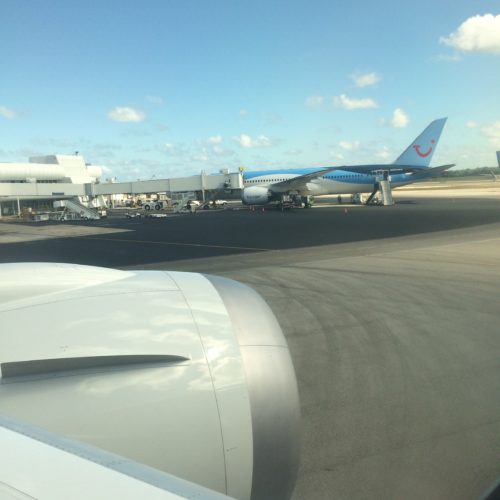 ✅ Trip Verified | East Midlands to Orlando Sanford. The service was excellent. It was our first time flying from East Midlands and with TUI and both were exceptional. The cabin crew staff couldn’t do enough for us. The legroom was excellent. Choice of entertainment excellent and food was good too.
1/10

✅ Trip Verified | Ibiza to Bristol. Delayed about 1 hour. Bristol airport baggage information out of service. Baggage delivered about 1 hour after flight arrived and after other flights arrived. Not accepted.
10/10

"would happily fly with them again"

Not Verified | After stupidly leaving our passports two hours away, the TUI staff at Heraklion airport Greece were extremely helpful. Thanks to them, we made it on to the plane only to be greeted by a great duo who brought us lunch on board after hearing about our bad day! Wonderful experience of Tui and would happily fly with them again.
8/10

"experience in airport not good"

✅ Trip Verified | Cardiff to Rhodes. The flights both ways were very good although outward in return flights were both delayed for a short while. The crew were excellent and very friendly and helpful. However, our experience in Rhodes airport was not good. We travelled as a party of nine; five adults, an eight year old, a six year old, a four year old and a three year old. As the lead member I felt responsible for our party. When we were directed to our check in desk I double checked with the Tui representative in the airport that we were at the Cardiff check in. Her reply was very patronising in its nature, "that's why I sent you here". She was not very pleasant at all. We were told briefly on the coach to the airport that we would have to weigh our luggage then take it to be scanned but I don't think it was explained clearly enough. However, the departure gate was very confusing. We were told that we were going from departure gate 7. We got there but the door was shut. We waited and eventually an airport assistant told us we had to go to passport control first then proceed through departure lounges 4, 5 & 6 to reach gate 7. We queued up after this only to realise that we were in the Luton queue, also going from gate 7. None of the monitors around us displayed the procedure. I understand that this is not Tui's fault but perhaps the representatives could explain this on the coach to the airport? This is not a complaint against Tui but a procedure which detracted from our good experience with Tui.
31 to 40 of 54 Reviews