Not Verified | Larnaca to Manchester. I recently enjoyed a holiday with my family group of 7 consisting of 4 adults and 3 children. The first point is with regard to the online check-in service on the outward flight. My wife and I have always checked in via the normal procedure at the check in desk. My daughter preferred the online method. To my mind, our use of the unfamiliar touch screen procedure seemed no quicker than letting an experienced check-in desk assistant carry out the task. One of my daughter's cases was found to be 2.5kg over the modest 15kg allowance. There is every chance that a person may waive this minor indiscretion, but the online system is totally abitrary culminating in a £45 surcharge, this was later waived by a TUI assistant to be fair. Moving onto the flight itself there were no issues of note other than being on a dull as dishwater Boeing 757. Very basic. The week long holiday at Tofinis Hotel near Ayia Napa was great, enjoyed the food etc. No probs. On the return flight we found it to be delayed just prior to the return transfer. 2 hours on a late night flight but no major issues, these things happen. However, it was common knowledge amongst the passengers due to internet checks but on arrival, the TUI rep chose not to mention it. I sort of understand that because why would anyone make themselves the focal point of peoples frustration if you dont have to. Onto the flight and again we found ourselves on the rather tired looking 757. I suspect TUI are suffering due to the grounding of the 737 max of which they were the biggest customers and I understand the company's predicament. The flight was adequate and on landing at Manchester we found the airport was disorganised due in part to procedural disruption arising from the ongoing terminal expansion. We were held on the plane and kept informed over the tannoy by a clearly irritated member of the cabin crew who informed us that we needed to be bused from the tarmac to terminal and the airport hadn't been expecting us! Half an hour later we were disembarking and the journey was complete. The following day I felt as rough as sandpaper, cold symptoms and a sore throat. I cannot conclusivly put this down to the plane journey but it is known that changes in air pressure can cause physiological effects like toothache and joint pain. Having taken trips on the uber modern TUI Dreamliners with their humidified cabin air I had forgotten just how rough an old plane could leave you feeling. I hope for TUI's sake that their fleet problems can be resolved sooner rather than later.
3/10

"I think we have identified a training need"

✅ Trip Verified | I have holidayed in Corfu for the last 25 years and appreciate that the runway is short. The outbound flight landing has to be the worst I have ever experienced, to my mind we were approaching too high and too fast. We landed heavily with the aircraft lurching from side to side, hanging on for dear life - not a pleasant start to the holiday! The return flight started positively but on the approach to London Stansted we came down in fits and starts causing a lot of anxiety. Other passengers were also concerned about the roller coaster descent and there was huge relief when the plane landed and eventually came to a halt. However we were left onboard without the doors being opened for almost half an hour after the engines had stopped with no explanation as to why. One bad landing can be excused but if this is normal for Tui pilots I think we have identified a training need!
1/10

"I faced rudeness and sarcasm"

✅ Trip Verified | Thessaloniki to Birmingham. I had the worst customer experience with TUI services. I made the mistake to book a flight with them and they do not offer a check in online service (they advertise they do but their app, web page, customer support service is completely useless). I tried several times to contact them and complete my check in but no one was willing to help or even explain. Finally I arrived at the airport approximately 2 hours before my flight but I was not allowed to check in, although I didn't have any check in bags and my flight was delayed. As I result I missed my flight and I faced rudeness and sarcasm from TUI staff. Don't waste money or time to them.
1/10

"I met such dirty plane"

✅ Trip Verified | Dublin to Kos. For the first time in my life I met such dirty plane. It's not that it has not been cleaned after the previous flight, it's dirt from a few months. Terrible food - cold and pale toast with ham. Cabin crew okay. I would like to say: never again, but I have to return with them 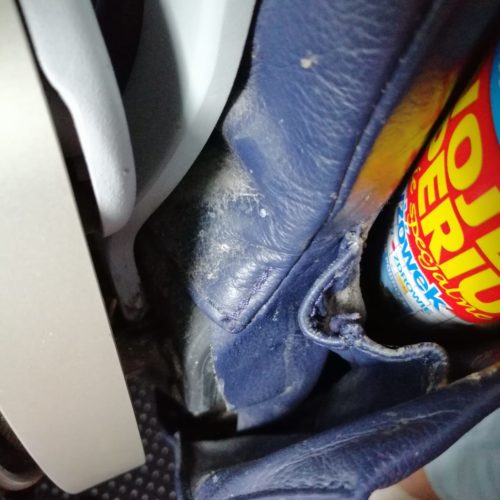 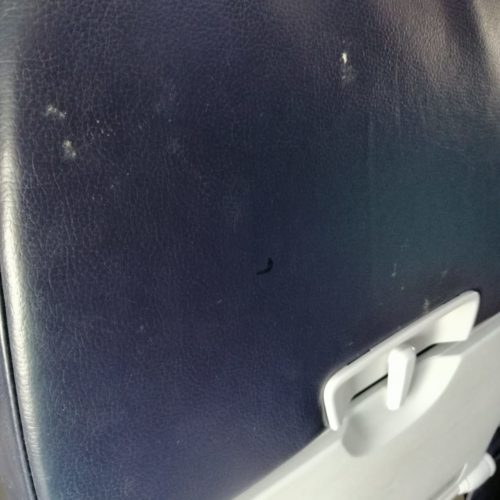 Not Verified | Doncaster to Menorca. I'm a very scared flyer and the pilots were amazing. They explained the route and weather conditions, and why and when the Aircraft would be turning to approach for landing. I'm really worried about the different noises in the plane and the reassurance from the pilots really made a difference. Very impressed. Thank you.
1/10

✅ Trip Verified | Rhodes to Dublin. On way back we stood in line for 2 hours to check in. Then again for hour for security check. Then probably another hour for passport control before boarding. We were three hours early but flight ended up an hour late. Elderly and disabled stood for 3 hours.
8/10

✅ Trip Verified | Girona to London Gatwick with TUI Airways. Everything about the experience was good. Ticket purchase, online check in, airport experience, flight, aircraft and crew were all better than expected. There were no games, tricks, past minute surprises. Would absolutely repeat.
8/10

"impressed with the flight"

✅ Trip Verified | Aberdeen to Rhodes. This flight was operated by TUI’s sister airline Sunwing Airlines. The flight was included in a 2 week holiday on the island. The flight was full; however, due to it being during the school year most passengers were older or couples without children. One thing I have to say is I was surprised with the service on this 4 hour 42 minute flight. The menu had a wide variety of options and was reasonably priced, but there was no option to preorder a meal like with Thomas Cook or Jet2. The 6 person cabin crew consisted of 5 cabin crew and the TUI Airways Aberdeen base Manager. The crew were friendly, chatty and there to help in the cabin. They made some jokes during announcements, which was great. The pilots were informative. My seat was 8F and offered 29” of seat pitch, and recline which was enough. The toilets were checked regularly and they were clean, but on the small side. The landing into Rhodes airport was smooth but the airport, that is a story for a different time. Overall I am impressed with the flight considering it was the first time I flew with TUI Airways. One thing I do have to say is TUI Airways is a rather expensive airline for scheduled flights. My flight would have came out at around £300 round trip for my dates of travel. TUI Airways is the perfect airline if you have booked a holiday with TUI, just like I did, otherwise there are definitely cheaper options. I would recommend TUI Airways.
1/10

✅ Trip Verified | Manchester to Phuket. Very disappointed with TUI. Long Haul Flight Only includes no check in luggage. 7kg hand luggage is the only allowance included in advertised cost. It is then £35 each way for up to 20kg. It is then £16 to choose a seat. The check in is very long process. Waited 1hr 40 minutes as only 2 desks open for economy. No one checked my hand luggage for size and weight so their policy is void therefore a money making misleading scam. On board the staff were brash and let’s say tired looking shouting out “prosseco £20 Prosecco £20” Entertainment was laughable. Hardly anything to watch. Food mediocre. Toilets! Obviously not checked as smell of urine was strong and tissue not replenished. The whole experience was way below par. Never again.
10/10

"Had a great flight"

✅ Trip Verified | Birmingham to Cancun. Had a great flight, the cabin crew were very helpful and looked after us throughout the flight. It was a great start to our holidays and am looking forward to our return flight
21 to 30 of 54 Reviews