"each time the flight is delayed"

✅ Trip Verified | Most pathetic airline. I was travelling 2nd time and each time the flight is delayed. No help and support for delayed on airport. We were just waiting for hours to depart on the flight.
1/10

"SpiceJet turned out to be the nightmare"

✅ Trip Verified | I booked my flight tickets with this airline and that decision to choose SpiceJet turned out to be the nightmare! First and foremost, the airline added a stop (Jabalpur) at the last moment without seeking any consent from the traveller. I booked my flight for 8th June 2022, non-stop from Mumbai to Chennai. Had to postpone my journey as my wife is pregnant and she couldn’t take a 5 hours since SpiceJet added a stop thereby routing my journey from Mumbai to Jabalpur to Chennai and making a 2 hours direct journey to a 5 hours journey. Left with no other option, I had to shift my journey date to 9th June. Reached airport and there started another another round of drama. Ill mannered, rude and arrogant ground staff at the counter made me stand for 30 mins and then she finally came up with a form which stated that if any things goes wrong with my pregnant wife’s health, the airline will not be responsible for anything including any expense incurred in health. Me, my wife and my 3 year old son- we all were allotted a different seat numbers. Even after requesting multiple time, that lady refused to give us sequential seating arrangement. At last, I had to request my fellow passengers to change the seats (they were kind enough to accept my request). Highly unprofessional, rude and arrogant cabin crew. I am a frequent traveler but I haven’t faced such incident in my past.
1/10

"There is absolutely no empathy for the customer"

✅ Trip Verified | SpiceJet has horrible service and reschedules the flight without thinking about the convenience of its customers. I had booked an early morning direct flight from Hyderabad to Delhi which takes about 2.5/3 hours as I had whole day program in Jabalpur. It rerouted the flight through Delhi with a stopover at Delhi for 8 hours making me miss the whole of the day program. Now a couple of hours before the flight time which was to start at 5 pm, it has further delayed the flight by 5 hours making me miss the evening program also. This has happened with Delhi to Jabalpur flight in January 2019 as well when they postponed the flight by 7 hours. Why would anyone book a early morning unless one has some work during the day. SpiceJet has ruined the whole program I had, morning as well as evening, not only at Jabalpur but also at my base location because I had not planned any work due to upcoming travel. There is absolutely no empathy for the customer. They should have tried to book the passengers in other flights or planned something else.
1/10

✅ Trip Verified | Very bad experience with SpiceJet today. No water provided to the passengers, AC was not working and it was very hot. Even after landing the plane crews and captain left the plane they were not present to listen the complains also.
8/10

"I want to praise the services"

✅ Trip Verified | I want to praise the services offered by SpiceJet and praise the cabin crew staff on the flight. The entire staff team was so helpful, and nature was so humble. The attentiveness and politeness were thoroughly professional. I highly appreciate your staff and their professional behavior. 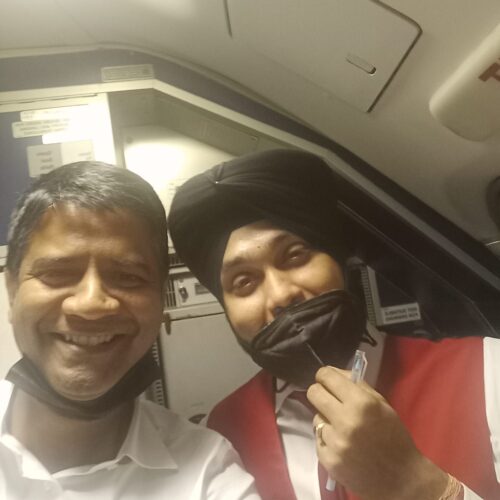 "There was utter confusion and no clarity"

✅ Trip Verified | SG 953 on 19/5/2022 Delhi Terminal 1 to Shirdi International Terminal. The flight was scheduled to land at Shirdi at 4.50pm. Instead, the flight landed at Mumbai at 5.30pm. Announcement was made just before landing at Mumbai. Reason given was storm at Shirdi when actually there was no storm and 3 different flights from Chennai, Tirupati and Vizag (including one ATR) landed around the same time. This was confirmed from local authority at Shirdi. Passengers were in the aircraft for more than 3 hours in Mumbai, during this period there were only 2 announcements, 1st announcement after 1 hour of landing in Mumbai that flight will be taken to Nashik as it could not land in Shirdi after dark. 2nd announcement after 3.5 hours was that passengers were given 3 options: Option 1: stay at Mumbai for the night and go to Shirdi next day. Option 2: Go to Shirdi by bus. Option 3: Go back to Delhi and fly to Shirdi next day. There was utter confusion and no clarity. Passengers lost their patience and naturally got furious. We were deboarded in Mumbai airport around 9.00pm. It took one hour to collect the checked-in luggage as different ground crew announced different conveyor belt Nos (No 1,4,14 and finally 13). Ground staff signed and put stamp on the boarding pass of the passengers after writing full refund of the to ticket charges. On requesting for refund through mail, SpiceJet authorities refuse to refund citing the reason for rescheduling of flight (mail from SpiceJet attached). This is totally misleading information and mismanagement by SpiceJet treating their customers as fools and commodity. SMS/Mail from SpiceJet was about cancellation of the flight which was not correct. The loss of time, mental stress, fatigue and poor communication and misinformation by the Pilot can not be compensated in terms of money. I had already blacklisted SpiceJet earlier because of their poor service.. No wonder SpiceJet is on the verge of collapse and shutting down looking at their quality of staff, meals, aircraft and service. A complete failure of structure, process and outcome indicators. 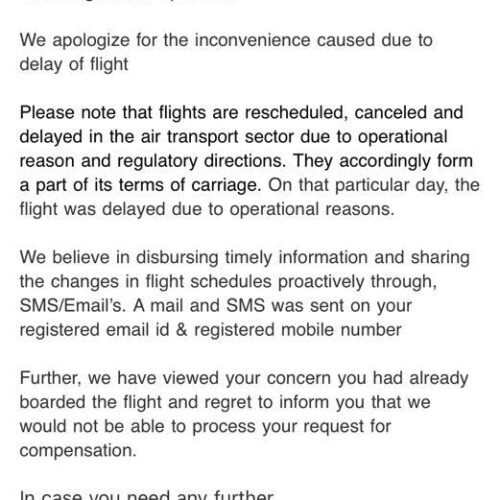 ✅ Trip Verified | I have booked flight from Mumbai to Kanpur and after checking they call me that your flight is delayed 4 hrs. Staff also not helpful, they just say take your refund and take flight for another day. This is what SpiceJet do. Worst experience, will never travel with this flight
2/10

✅ Trip Verified | Pathetic service. The ETA was 11:50 a.m. and at 13:55 p.m., the flight is yet to take off. Apparently the systems have had a ransomware attack, which is why they couldn't take off on time. My recent experience with SpiceJet in the last few months have all been delayed. While I waited with the other passengers at the boarding gate, multiple Indigo flights left. Spicejet couldn't care less.
1/10

✅ Trip Verified | Worst experience every time. No time sense. Keeps getting delayed or cancelled. Not recommended. Staff, very rude and irresponsible. Do not help you out when the mistake is on their side.
2/10

Not Verified | Spicejet has worst customer service anyone can imagine. I made an advance booking for May 29 2022, but eventually had to get cancelled due to medical reasons. They asked me to forward documents and said they would waive off charges. Eventually the only solution they could offer me was an E voucher that too valid for 180 days. I kept requesting them if not refund then at least give me validity extension cause I won't be able to travel for another 10 months. But all request and mails to higher departments had no effect on them. They stuck to same solutions. I would urge people not to book in advance with them as they have the most stringent rules for the passengers.
11 to 20 of 521 Reviews