"Nobody will respond or answer"

Not Verified | Amman to Cairo. I flew to Cairo on Royal Jordanian on 5/20/22 and never got one piece of luggage. The other piece arrived back in Charlotte on 6/17/22. I had to buy clothes in Cairo and have never gotten any response from the airline on how to file a claim for my missing luggage or obtain a statement for proof of loss and delay in getting bag. Nobody will respond or answer a phone.
1/10

"worst airline I ever fly with"

✅ Trip Verified | This airline is the worst airline I ever fly with. The seats are close to each other so you can not sit unless your knees tough the the back of the seat front of you. when your knees tough the back of the seat front of you, the passenger will feel your knees in his/her back. I have to change my seat multiple time just to not touch the back of the seat front of me. It seems the seats has nothing to prevent any movement from the passenger sitting in your back. I hope this will be taking in consideration because I will never fly again with this airline. The food is very little and the crew member gives you less than half class of juice or coffee, I have to ask the crew member to please fill it up!! Staff are not friendly dealing with passengers, if you ask one of the crew, will not do what you ask unless you keep asking them and give them explanation ! Toilet is dirty and out of toilet paper.
1/10

"the inflight service was horrible"

Not Verified | Took Royal Jordanian to Amman Jordan. The flight itself was ok but the inflight service was horrible. There were so many ethnicity on both legs of my flight but that wasn’t taken into consideration when it comes to the meals that were served. They catered only to the Arabic passengers. Just my opinion. I went to and returned from Amman without eating anything but rolls. Very first flight I’ve been on and you can’t get cranberry juice. All the money paid for a flight and you get a half of a small cup of something to drink. Ground crew was ok both in Chicago and Amman. I’ll be returning to Amman pretty soon and obviously the price of the ticket will dictate which airline I’ll be flying on. If I have a choice it won’t be Riyal Jordanian.
6/10

"What used to be excellent soft product has really worsened"

✅ Trip Verified | I have flown Royal Jordanian and its earlier version Alia for close to 40 years. It has always been reliable, safe and good value for money. Recently the business class has taken a bit of downgrade, first the good points - good connection in Amman, good airport, good aircraft, gracious cabin crew and great value for money. The minus points - no more champagne service and very odd meals mostly inedible, of four legs I took some had headphones, some not, some amenity kits, some not. What used to be excellent soft product has really worsened and the small tapas like food is awful.
1/10

✅ Trip Verified | Horrible staff who basically have no service whatsoever. Staff were extremely rude. The aircraft was delayed for 3 hours. And we had to stay in a hotel in Amman until they found us a plane that had space for us. Amman airport is the first airport that I see take medication and throw it out. They don’t even talk to nice or try to explain why they’re doing that they just do it because they want to do it.
1/10

"the carry on did not arrive"

✅ Trip Verified | Staff stopped my mom and took her carry on away to be checked in. They claimed the suitcase is bigger than what they allow. Staff were extremely rude and threatened that we have to pay $250. They assured us that the suitcase will arrive at the destination in Amman. After several hours of waiting to claim the luggage, the carry on did not arrive! We left the airport and came back to search for it again without any luck. They could not even trace the carry on that they took and asked us to follow up with their office in Chicago because they think the suitcase stayed in the storage unit at the airport. We followed up the next day to see if the luggage arrived at the next flight and still nothing. Calling the airline number at O'hare airport is a joke! We called over 20 times and nothing! Our luggage is still missing. We have a lot of valuable stuff of holiday gifts and most importantly my mom's medication.
1/10

"never fly through this company"

✅ Trip Verified | We flew from Tel Aviv to Cairo via Amman. We arrived in Cairo, my wife's suitcase did not arrive. We filled out a form with all our details, and waited for someone to contact us. Of course it never happened. Every day, we made sure to contact the airline, via phone and emails, but no answer. They did not answer us, hang out the telephone after long time of waiting, and simply did not feel like working. For 12 days, we took care of buying new things, spent the trip initially at clothing and shoe stores, and paid about $900 for the new things. In any case, we returned to Israel. We tried to contact the airline again, suddenly they answer. Now the funniest part about it, they found the suitcase today and they offered us compensation of $70. Our recommendation is never fly through this company. Because if you're in a situation where you'll have to talk to someone, you'll never find anyone.
1/10

"I did not receive any refund"

✅ Trip Verified | I was due to fly with Royal Jordanian on the 17th December 2021 to Frankfurt with a stopover in Amman, Jordan and return back to Abu Dhabi on 1st January 2022 via Amman. As I had booked the flight on Skyscanner, the booking was made via a third party website called Trip, which seemingly came across as a decent third party booking website. The problems began on 12th November when I received an email from Trip stating that Royal Jordanian had made schedule changes to my return flight and therefore would make it impossible for me to make my connection to Abu Dhabi. The change was only 15 minutes, however this gave me only 35 minutes to make my connection which I was informed is not allowed as per airline regulations as you are required to have at least 45 minutes between the two flights. I was directed by Trip via email to make a cancellation as this trip was now not possible and was assured me that I would receive a full refund as the changes were made by the airline and not by the passenger i.e. myself. I called the airline before I made the cancellation and their customer service team were firstly unaware that there were any issues about the returning connection, and when I did direct their attention to the issue they simply stated there is nothing they can do and I have to deal with the Third Party only. One of the customer service representatives of Royal Jordanian was arrogant enough to state why I was making problems and I should just change my return date! I reminded him that it is the passenger's choice about when he/she wishes to travel and if the airline has accepted payment for those dates then they are responsible of providing that service. After all this, I spoke with the Third Party company, Trip, who directed me to cancel my flight and that there will be no issues with the refund. Therefore on the 14th November 2021 the cancellation was made. Over 5 months have passed, and I did not receive any refund and now have been duly informed that "as per the fare rules" the ticket is completely non-refundable and I will not receive any money back, even though it was the airline that caused the cancellation! The customer service of Trip has been deplorable. They are only available via a phone number located in the UK, or email to which they barely respond to. They stated that they contacted me via email with all updates of which I have received none, with the last email sent on 24th December 2021 stating that the airline has rejected the refund. I called them back and they said the will escalate the issue again as it is not fair and they will try their best as I have a genuine case. This went on and on for another 4 months. Over the 5 months I contacted Royal Jordanian and they said they don't deal with refunds regarding bookings made by Third Parties. Trip kept assuring me that the refund will come and that they will "escalate" the issue and "try their best". Both parties in this situation have been culpable and have utilized poor business practices and customer service. It took them less than a minute to take my money and over 5 months to reject a valid refund. For anyone reading this review, I implore you to please avoid this airline and avoid the third party booking website; Trip. I have had a nightmare experience dealing with them and I am shocked at the fact that through no fault of my own, and due to changes made by the airline, I have lost over 400 Euros.
1/10

Not Verified | Very bad experience with rude and unprofessional staff. I was traveling from Amman to Doha when they started to tell me that that there were missing papers and from there, they refused to cooperate at all. The papers “missing” were unnecessary and I can confirm this because the staff weren’t updated. They simply cancelled my flight without any valid reason. On top of all this, they refused to reschedule my flight and I simply lost all the fares paid. Upon arriving to Amman from Doha, the plane had no entertainment methods whatsoever. Moreover, upon reaching my turn, the attendant simply chose my meal for me because the food was all out. The chairs were ripped and torn, bathrooms were filthy without soap or tissues. Rarely anyone was wearing a mask and the chairs were jammed.
1/10

"I was completely ignored by other personnel"

✅ Trip Verified | When I arrived at the Royal Jordanian check-in counter, I presented my Australian International Certificate of Vaccination form with a QR code. Note, this is anti forgery document issued by Health Ministry. The employee informed me that this document was insufficient to allow me to board the flight. I was told then to wait for the duty manager to provide assistance. I had to wait too long—believe me, it really is unpleasant when time is slipping through your fingers while watching other passengers boarding the plane. I was completely ignored by other personnel, some were sort of condescending and come across as unprofessional. Most passengers had boarded the plane during this time, I finally got to speak to duty manager, She was not aware of an important change in travel requirements. The duty manager was unfamiliar with recent changes in travel requirements. Despite all of that, I was prevented from boarding my flight after proving that I have fulfilled all the required international travel requirements relating to pandemic. 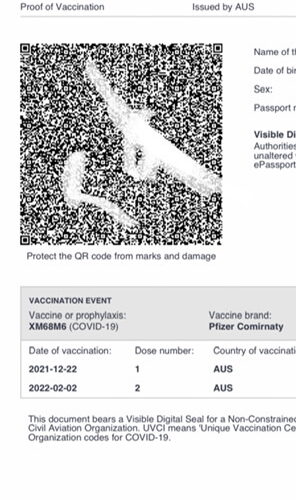 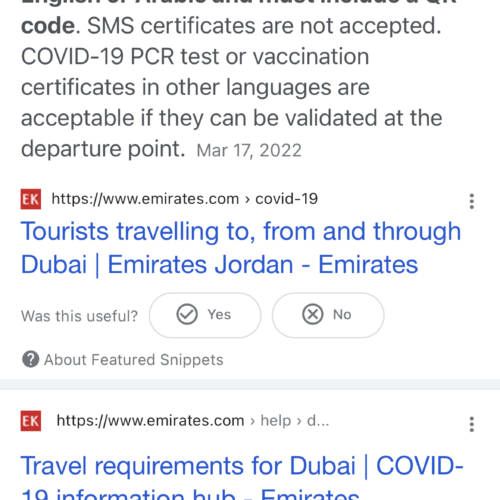