"issued us boarding pass only from HBA to SYD"

Not Verified | From the time I arrived at the Qantas desk the staff took around 40 minutes to issue me with boarding pass (for family). I was all ready for the flight making sure that I had all the required documentation including Covid vaccine certificate, baggage properly weighed, destination country's covid requirement document (air suvidha). As soon as I arrived at the desk, the lady asked me if I had purchased additional baggage, I said that I had already checked the weights 4 times and I have less weight than what I am allowed. She took around 15 minutes to verify the covid vaccination certificate and the air suvidha form (destination country requirement) I literally had to show her the first and last vaccine dates on the printed certificate. Then she took another 15 minutes to search/look up our itinerary saying that its not showing on her computer so I had to literary show her the booking reference number and the name format on the itinerary. Another 15 minutes to check the baggage allowance, asking me if i knew how much I was allowed to which I answered and even provided my printed copy of the itinerary, she was visiting the Srilankan Airlines website to find out the allowance. The lady serving us had to call her colleague to assist her. Finally after more than 45 minutes I was issued with boarding pass but this didn't end here. She issued us boarding pass only from HBA to SYD but not the other two boarding pass. Upon enquiring she said she could only issue from HBA to SYD and advised me to go to Sydney and collect other boarding pass from there. When I asked about the transfer from domestic airport to international she replied saying that I need to take a bus or train which will cost around $6 per person to get transferred. I told her that we have not chosen self transfer and paid more so that everything was smooth as I had young family with me, she said me that she doesn't know about that and that I would require a future Qantas boarding pass to get on the bus. As the flight was delayed, Qantas failed to provide the information to the other staff on duty at receiving airport nor to the partner airline (SriLankan). The Srilankan airline almost left us because Qantas flight was delayed, luckily we could catch the flight as the staff at Srilankan airline delayed the flight for us. I am very disappointed by the behaviour and the customer service of the staff at HBA. Qantas being a reputed company my expectation were high but it was no where close to it in terms of the desk staff. I would also like to mention about the positives, the lady at the receiving Qantas terminal (gate 15) helped/rushed us to the shuttle bus which
1/10

"Qantas is an absolute disgrace"

✅ Trip Verified | What a disgrace, from bag drop check in zero service. Lounge another embarrassment. Boarding was non existent. Prior to boarding wanted to ask a question , walked over to the desk, three staff standing in a circle talking, 2 looked at me and kept chatting, my question or me was never answered or my existence acknowledged. Qantas is an absolute disgrace, just become the low cost carrier you are.
10/10

✅ Trip Verified | Qantas truly back on track. Amazing service and staff. Wonderful food, amenities, everything was top notch. From the check in process to boarding, on board and baggage. 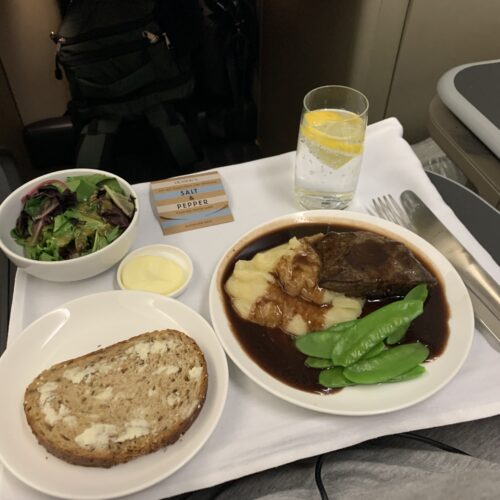 Not Verified | Qantas service has failed, the misinformation, lack of assistance cost me money, time and traumatised to the passenger and yet they don’t even know their own policy. Disgusting work ethic, unfriendly operator. So disappointed, big time.
1/10

"stuffed up my entire trip"

Not Verified | Down the toilet. I am a 25-year Qantas Member and recently had Qantas cancel and change my flights that many times, that it stuffed up my entire trip. Hold times are out to 3+ hours and they don't answer email complaints and inquiries. I cancelled my flight, and am now going with another carrier.
1/10

✅ Trip Verified | QF93 Melbourne to Los Angeles, constant delays and zero service from any staff. After several hours of trying to check-in, I finally made my way to the departure gate. Despite extensive delays in boarding, no announcement was ever made, and staff seemed content on setting up little poles and ropes here and there, with no indication as to why. Seated about an hour late (no communications, queries just greeted with shoulder shrugs), the first announcement I heard for the day was "the plane has a flat tyre, it'll take 45 minutes to fix it". After about 90 minutes, a clearly irritated captain came on and announced "due to Qantas policy of outsourcing its maintenance crew, we have been advised the crew that changed the tyre are not qualified to drive the jeep that pushes the plane onto the runway. We have called a bloke who may know what to do, and he will be here in about another hour". Ultimately we left 4.5 hours late, crummy meal accompanied by sullen to rude inflight service, we arrived at LAX 4 hours late (the captain congratulating himself on making up 30 minutes inflight). Missed connections for 75% of the passengers, and a dubious pre-landing announcement advised there will be Qantas ground staff available to assist with re-bookings. Needless to say, there was no one. Left to our own devices, I was able to get on the last Southwest flight, at additional expense, to my destination (my previously booked AA flight already had departed an hour earlier.) The elderly couple who had been sitting next to me looked mortified at the prospect of sleeping on the airport floor until the next flight to Maryland. They texted me at 4 am on the day of my return flight to advise me they had cancelled my Los Angeles to Melbourne flight (operational reasons!) Nothing else, just "cancelled" No information, no updates, no emails, nothing. After the usual ridiculous wait times to a non-comprehending call centre operator, I was able to organise a return to Melbourne via Sydney. Of course, it was late and only a combination of carry-on luggage, high-speed sprinting and commando rolls into the domestic terminal enabled me to make the flight home. The boarding pass I had been given didn't scan, so the gate attendant sneered at me with "boarding denied, stand aside please" as her only comment. Fortunately, a Qantas employee was on hand and showed her how to scan a barcode. Clearly irritated, she grunted at me and pointed towards the entry door. Back in Melbourne, unable to retrieve my duty-free purchases (I had foolishly believed I may return as scheduled, on the flight I had paid for), I then had to re-book (at extra expense) my connection back home to regional Victoria.
2/10

"a bit of a nightmare"

✅ Trip Verified | The whole process of flying with Qantas was a bit of a nightmare. Qantas changed both outgoing and incoming flights, essentially cutting off 2 days off my 7 day trip. I went to the trouble and expense of booking a direct flight, and the changes both involved me having to fly well out of my way to another state, and then to my destination. Their response when I phoned to ask if they could change me to a more convenient flight was to cancel the homecoming flight and give me a credit. And leave me stranded in another state unable to come home. I will never voluntarily book another qantas flight if I can help it.
2/10

"service was sullen or non existent"

Not Verified | QF9 started late due to the aircraft being left in the hangar. There was no communication of this delay until after our boarding time had passed. No time was made up out of Perth, or at any stage, and all our connections with gates were slowed down by errors by ground crew. Nothing went well, and service was sullen or non existent. If only I could leave a no star review in the service sector.
2/10

"I have to use the points"

✅ Trip Verified | This is not a good review. The Qantas lounge in Adelaide did actually have a choice this time, however it was poor as in toast, scrambled egg and baked beans. The cappuccino was decent. It would be good to have some tables that can rise as at 50 plus it’s difficult to navigate from your knees to your mouth as the tables are so low. Oh dear - the plane. Business class was sad. No wifi and the huge clumpy table not designed for a non weight lifter. The breakfast choice was … no choice. “I’m sorry we have run out”. So the limp omelette and half cooked potato went uneaten. The coffee was obviously intended to put hairs on the chest or used as a spoon holder. Thank God for McDonalds. When one gets up at 4:30 for the first flight a decent coffee is an expectation, considering the price. Finally the baggage collection. Only had to wait 40 minutes today! I am only continuing to fly Qantas because I have to use the points.
7/10

"the service was efficient"

✅ Trip Verified | Check in was easy. There was a large queue at security which luckily moved quickly. The plane left on time and the service was efficient. There was coffee, tea and soft drinks available. The food offered was very small, just a small package of biscuits. This is no big deal , as if was a short flight.
1 to 10 of 1630 Reviews