✅ Trip Verified | So utterly disappointed. I booked my ticket under the airlines website's promise of "no change fee". After calling to change my travel dates due to work, turns out there is a change fee. Furthermore, the fare differential to make the travel date change is higher than if I were to rebook a new ticket. That's just great AI driven pricing software. What deceptive business practices. Hawaiian Airlines has one of the very best cabin service in my opinion. Yet, their ticketing and customer service, which is farmed out to a 3rd world call center staffed by 5th world personnel, seems substandard compared to other airlines. Emptor Caveat. Buyer Beware. Behind that warm aloha spirit, they are still a money making machine first and foremost, customer service be damned.
2/10

"Will never use them again"

✅ Trip Verified | Had the most unpleasant experience with checking in. There were three lines: one for first class, one said “main cabin” and the third one for dropping the bags. We waited in the main cabin line for 30 minutes because the airline representatives were extremely slow. And when it was our turn to check in, we were asked to wait because there were people in the first class line. Apparently, first class passengers get a priority in the main cabin line as well. We tried to ask but Hawaiian representatives very surprisingly rude. I’ve never had such experience with airlines in USA. Will never use them again.
5/10

"the most reasonable carrier in USA"

✅ Trip Verified | First time to fly with Hawaiian and by far the most reasonable carrier in USA I flew from SFO-HNL on first class. The crew were nice and smiling and they offered welcome drinks an IPad for flight entertainment and a breakfast which was ok. Nothing special about it but adequate service over all. However the aircraft was old and the first class seat when fully recline is not comfortable at all for a sleep. Luckily it was a morning flight and didn’t need to sleep. The highlight was the friendly smiling crew of Hawaiian something is missing in all other US carriers. And being a full service airline domestically even though they fly from international terminals. 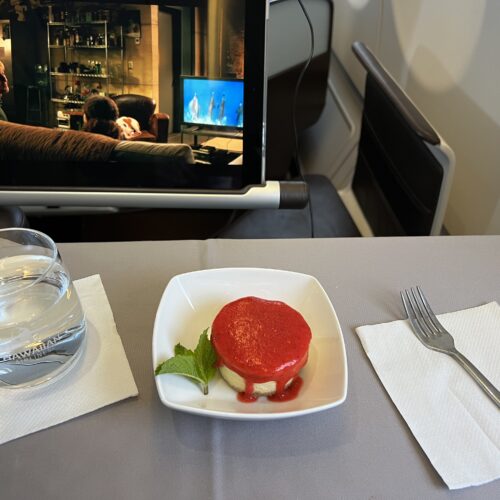 Not Verified | My overall experience with this airline is really good, clean and comfortable. Best part is entertainment options are good especially with kids staff and all crew members are good too. One request to all airlines when someone traveling with kids give them seats that are comfortable for them with kids because some people are really rude during flights they don’t want any noise. They don’t understand that kids can’t keep quiet for 5, 6 hours sometimes it’s really hard for those who are traveling with kids.
1/10

"Hawaiian is the absolute worst!"

Not Verified | Have flown every airline and Hawaiian is the absolute worst! Paid for premium economy and was no different than economy. Same seats, same food and we were told we could not stretch our legs because the area in front of our seats was considered a walk way. Booked 6 months in advance and chose flight based on available seats. When we were boarding instead of the front row we reserved they changed our seats to the back. Unacceptable!
8/10

✅ Trip Verified | Ok. Nothing spectacular Inter island quick and painless. Honolulu to Los Angeles comfortable, very friendly and efficient crew. No WiFi Mediocre entertainment on a clumsy IPad. Food was well presented but awful tasting. Flight was on time Long (20 minute) walk from gate to baggage claim. Although bag was tagged priority it was almost last to come out. As I said, a mixed bag.
10/10

✅ Trip Verified | Flow inter island from Honolulu to Hilo and back for a quick weekend trip. We came from the mainland and visited Oahu so we thought of visiting Hilo island. Flight from Honolulu to Hilo was good - at check-in, the name on the boarding pass didn't match as ID and TSA requested me to go visit Guest Services; they rectified the issue quickly. Boarding was quick and efficient. For a 35 minute flight passionfruit juice was served which was adequate. Flight took off on time, crew was very efficient in the service. Likewise for Hilo to Honolulu sector. Recommend Hawaiian for short inter island flights!!
2/10

"Little about this flight was impressive"

✅ Trip Verified | We recently celebrated our 40th wedding anniversary and we wanted to fly to HNL, where we spent our Honeymoon. We purchased First Class R/T tickets on Hawaiian Airlines. Not much about the experience was impressive, and I wish we'd given that $7,000 to the Ukrainian war effort. The agent gave us the gate number but said nothing about the need to line up at the gate and be checked in for a wrist band to avoid having to get screened once we arrived in HNL. About 20 minutes prior to departure we realized that people were queuing up and receiving wrist bands, so we got in line. After having been in line for about 15 minutes, the same agent who had taken our bag at the ticket counter advised those of us still in line that it was too late to be issued a wrist band and walked away. Not only had all of the extensive online pre-clearance effort been a waste of time but we only ended up boarding the flight a few minutes before the doors were closed prior to departure. I was livid before we left the gate and worked hard to not let such a poor showing on their part ruin our vacation before we left the ground. Little about this flight was impressive. The lie-flat seats belong not in first class but in an intermediate class of service. They are 6 abreast in the cabin. The lack of wi-fi at this juncture is inexcusable. iPads for entertainment? Really? Were we eligible to use the first-class lounge? What about the frequent flyer miles? Where would we find them, and can we have Delta FFMs instead? And then there was the food. Two chicken thighs with the skin on in a forgettable sauce was in-edible for me, I never eat dark-meat poultry. That was the extent of the food until breakfast, which wasn't much better. There were no snacks served in between on a flight exceeding 10 hours. Had my wife not brought her extensive survival rations that she typically takes when she flies to Asia, we would have been starving by the time we got to HNL. The return flight was equally pathetic--essentially Chef Boy-R-Dee ravioli without the sauce. It was tasteless and so dry we couldn't eat it all, and it was not a generous serving. Breakfast: also pathetic, we stopped and ate at First Watch on the way home. Like the food, the service was forgettable. Actually, it was nearly non-existent. If you don't ring a call button you won't see a Flight Attendant between meal services. Beverage choice in First Class is quite limited. Hawaiian offers a level of service that resembles Southwest Airlines. Do not under any circumstances purchase a first class ticket. Neither their Agents nor Flight Attendants are trained to provide that level of service. Their cabin interiors are dated and not adequately maintained. There is no WiFi. In Flight entertainment is via iPad, which must be purchased in coach. There is little customer service available from the company - virtually nothing in real time. I've been waiting for a response from them via their website for over a month, which is why I elected to post this online. We liked the fact that we could fly non-stop between Orlando and Honolulu; for less money we could have flown on Delta and, given the lengthy maintenance delay on our return flight we would have spent no more time had we connected in any of their hubs. Bottom line: Don't expect Delta Service on Hawaiian Airlines.
7/10

✅ Trip Verified | Hawaiian’s location at Bradley Terminal at LAX is not good! Super long walk (20 min?) to gates. There are small carts available for part of the walk. Upon return, to get to baggage claim takes even longer and is very difficult with multiple escalators. First class on LAX-LIH was so bad (more like a coach seat) that we re-routed through HNL on return for lie-flat seats. Food was terrible, but service and comfort of lie-flat seats great!
5/10

"the food was very poor"

Not Verified | Staff are lovely but the food was very poor, you don’t even get a bread roll. I am a small person so I was ok but for a man not sure how they would go. However they were very generous when it came to wine.
1 to 10 of 448 Reviews