✅ Trip Verified | For the entire flight (GF 270), the front half of the flight was extremely hot. Through the AC vents hot air was blowing. When we told this to the flight attendant, he refused to accept that there was any temperature change. People were fanning themselves with paper and the instruction pamphlet. When I brought this to his notice, he said that "they are all people with high blood pressure". Such horrible attitude while people were feeling suffocated in that heat!
8/10

"I would recommend Gulf Air"

✅ Trip Verified | Gulf Air operates the narrow body A321 Neo to Rome and Milan. From Milan to Rome, a light snack was being served. More passengers boarded in Rome for the flight to Bahrain. Pre-departure Arabic coffee and date was offered. After take off, it was lunch service. Although the flight was operated by a narrow body aircraft, there were 4 main course selections. I had the veal ossobucco, a Milanese dish which was tasty and tender. Dessert came around on a trolley - there was a choice of cakes, fruits and cheese. The flight attendant who served me on this flight was a nice Korean lady who was attentive and polite. As with middle eastern airlines, the inflight entertainment weighed heavily on Arabic movies and music. The selection of Hollywood movies was limited. Overall, I would recommend Gulf Air for flights between Asia and Europe. Connectivity in Bahrain is good and the Falcon Fold Lounge is well stocked with food. 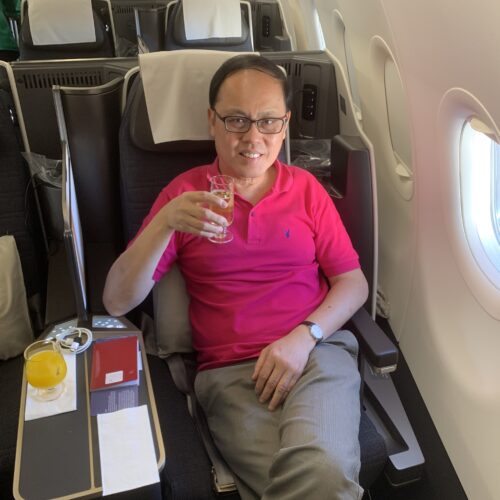 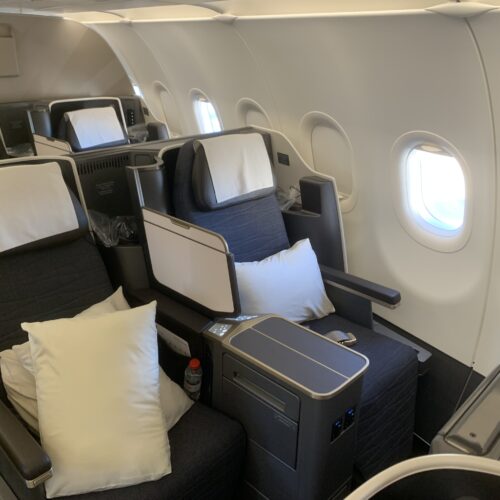 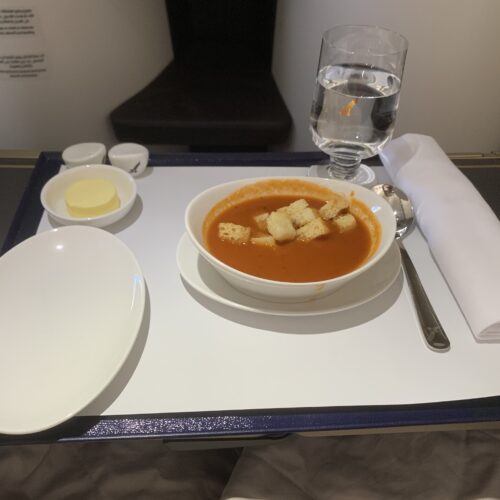 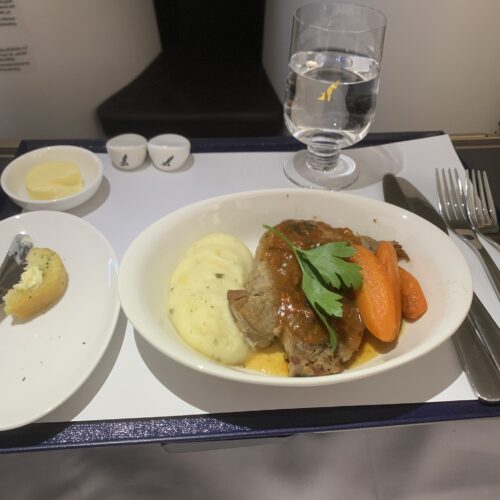 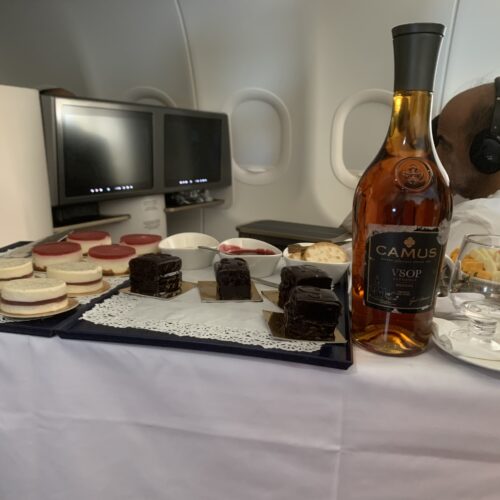 "Avoid this airline if you can"

✅ Trip Verified | On October 13 I take my flight from Paris to Bahrain then Bahrain Bangkok. The Paris Bahrain flight is going very well. Arrived in Bahrain the flight Bahrain Bangkok is delayed the next day at 8.40 am which is 10 hours late and we face a refusal of care . The manager on the ground tells us all the flights of the other airlines are full and they have no hotel rooms available. After 2 hours distribution of good meals, I take mine. An agent from Bahrain airport company calls out to me saying that it is not right to do this. I eat at kfc with my voucher. I take this opportunity to give my boarding pass with his group and we get accommodation at golden tulip. Once out we wait 50 minutes for the driver to take us to the hotel and a staff from Gulf air staff arrives - the minivan can accommodate 15 people but she tried to park 30 of us in it and it made her laugh. Arrived at the 3 star hotel we were treated like cattle. The only sentence I heard when I arrived at the hotel is wait in line. At the hotel counter my passport and my boarding pass are kept and the person from the hotel tells me here is your room number it's this way and we slept barely 3 hours. The next morning I notice that the buffet for passengers of the gulf air flight is downstairs and that the rest of the hotel has its buffet upstairs. At 7 am we leave the hotel for the airport. We get on the plane I tell all this to the purser who has absolutely nothing to do with it. Avoid this airline if you can.
2/10

"I will not be flying Gulf Air again"

✅ Trip Verified | I was travelling from Istanbul to Bangkok with my husband after attending our wedding. When we arrived at the airport we were told that the flight had been overbooked and we were being downgraded to economy. Since the staff were aware we were travelling for a special occasion they kindly bought us a cake on the first flight IST-BAH (thanks to the airport manager at IST for kindly arranging this). The second flight from IST-BKK, stopped over in Singapore but the staff at check-in and the crew on the plane didn't really have any clue about the arrangements for this - as if they had no idea it was happening. Upon arriving in BKK (our final destination), our luggage did not arrive. It contained many items close to our hearts ... wedding gifts, cards written by family and friends, photos and memories that cannot be replaced. Gulf air customer service is a nightmare and they seem totally unwilling to help - I am trying to trace the baggage myself by calling the various airlines and talking to the ground services directly. I will not be flying Gulf Air again. Service is okay in Business class but could definitely be better, same goes with the lounge in BAH. Inflight entertainment is a joke - you have a choice of about 3 films.
7/10

"we were able to change seats"

✅ Trip Verified | I appreciate that the boarding was organized based on zones which made it very smooth and ensured everyone had enough space in the overhead compartments. It was not a full flight so we were able to change seats and get more comfortable spots. The first supper meal was just sandwiches which I skipped and the breakfast was pretty good with an omelette and sausage. The airline needs to work on the infotainment. The highlight is the reasonably priced Falcon WiFi which was very efficient and helped me stay in touch with my friends and family back home.
5/10

"seats are comfortable for economy"

✅ Trip Verified | The flight was delayed for an hour and when we entered the aircraft it was really really hot. The seats are comfortable for economy class. When dinner was served, the flight attendant on the left aisle told me they ran out of the chicken option. The vegetarian pasta was delicious though. The wifi was awesome while the infotainment was lacking in my opinion compared to other airlines. The adapter sockets were not working and when I asked if they could check the main power source, I was told to change my seat if I wanted to charge my phone.
7/10

✅ Trip Verified | I flew Gulf Air Singapore to Milan via Bahrain on 28 October 2022. The first leg of the journey was operated by a B787 featuring the Apex Suites. The Suites were comfortable and had good privacy even though arranged in a 2-2-2 configuration. Each seat has direct aisle access. There were 2 meals on this sector - dinner and light meal. There were some service lapses on this sector. Dinner service did not commence until almost 2 hours after departure and given the late departure from Singapore after a one hour delay, it was almost midnight when dinner was served. The amenity kit was given out only just before landing in Bahrain - it should have been given out at the start of the flight - blankets were not distributed at the start of the flight. The flight attendant placed a blanket over me while I was sleeping. I am not finding fault with the crew. They did their very best given the shortened turnaround time in Singapore to make up for the late inbound flight. The second sector to Milan with a brief stop in Rome was operated by a narrow body A321 Neo. Again two meals were served - supper and breakfast. I had the mezze for supper and omelette and sausage for breakfast. Both were delicious. Amenity kit, blanket, slippers and pyjamas were distributed on this 6 hour flight to Rome. A small snack was served for the short hop from Rome to Milan. Overall I found the cabin crew to be attentive and friendly despite the service lapses in the first sector. The hard product was comfortable and Gulf Air is one of the few airlines that distribute pyjamas on medium haul flights. Inflight entertainment was adequate but not fantastic with emphasis on Arabic movies and music. 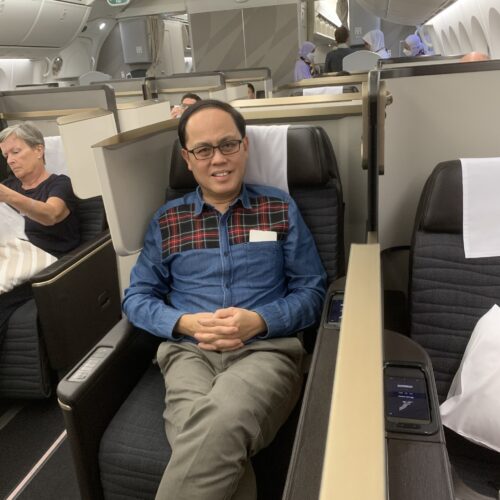 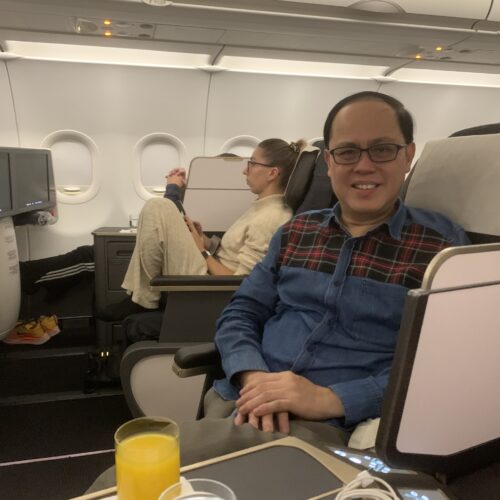 ✅ Trip Verified | It was a midnight flight and to my surprise, the aircraft was full as 80% of the passengers were transiting via Bahrain. New and comfortable aircraft, great infotainment system and spacious economy seats although the A/C was centralized so we could not control it which made the cabin a little warm. Take-off was a little delayed which is not usual for Gulf Air, but overall a very pleasant flight.
8/10

✅ Trip Verified | Pleasant flight although it was an older aircraft and the trip was a little bit bumpy. Take-off was on time with no issues at all. Food was nothing special but it was okay for breakfast. Cabin Crew were attentive.
3/10

"I lost my flight"

✅ Trip Verified | I booked a flight Gulf Air from Dubai to Hyderabad via Bahrain. Flight was delay in Dubai 30min. When we reached in Bahrain no one announce flight left to Hyderabad. After checking with customer care they said we already calling customer. Hence I lost my flight. Then I book a return back ticket to Dubai. I asked on counter for my luggage they said we will loaded in Dubai flight. When I reached Dubai airport can't find my Luggage
1 to 10 of 351 Reviews