✅ Trip Verified | The worst airline I have flown with. Finnair charges huge premiums with no additional care from service staff. We were messed around multiple times by Finnair staff - where we originally paid for special seats, these were automatically changed so myself and my elderly Grandfather were sat away from each other. I spent over an hour in Finnair's extremely slow customer service - to which I was assured the seats had been moved back to their original spots that we had paid for. Then when checking the day before the flights - we saw our seats had been changed again. I spent another 1.5 hours in Finnair's customer service to which we were informed that our seats were changed due to my elderly companion not meeting requirements for the seat - which we were not informed in any way! Then that assistant assured us we had now been booked in for extra-legroom seats, and to our pleasant surprise - were not extra legroom when arriving at the plane, not even next to each other. Finnair charges such a higher premium over other airlines doing the same route such as Ryanair - which I have never had a problem with despite being 3 times cheaper. Blatantly scamming their customers in broad daylight with extremely high prices for food items in the cabin too - the highest I have ever seen on a plane. 8 euros for a 250ml beer, seriously? Furthermore - I paid extra for their wifi service, which only actually worked for the 20 out of 60 minutes that I paid for. Strongly advice avoiding this airline and their disorganisation.
2/10

"I really think this airline has lost their touch"

Not Verified | Flight was delayed twice, first by 1 hour and 2nd time for small number of passengers from a Frankfurt flight. Total delay time over 1.5 hrs. Kids flying with us and for some good reason they decided to wake us up twice (first time before lift off) and second time before dinner (2am!), I asked them not to wake me up after the first time but again they did so. Flight manager was very rude and not understanding of the situation I really think this airline has lost their touch, service is not as it used to be, very disappointed. They decided it’s a good idea to put 3 trays on top of each other in an unsafe way in the middle seat which could of caused a lot of harm to my kids! (Photo attached) they can wake me up before take-off but while my kids are sleeping they put dangerous items next to us! 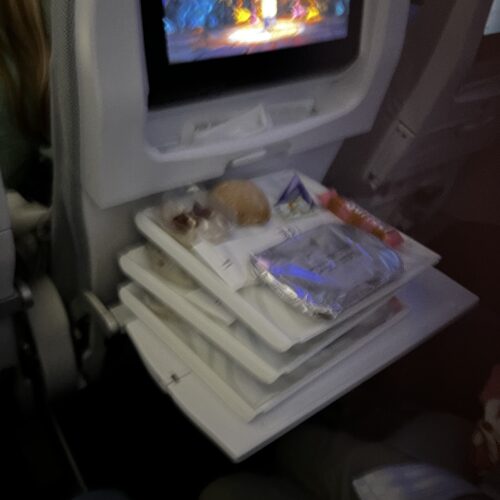 Not Verified | My wife and I had round-trip Business Class reservations with Finnair from London to Bangkok. We are elderly and my wife is a very nervous flyer and so it is essential that I always sit beside her on a flight. So, I went online to make our seat selections in the usual way and was shocked to find that Business Class passengers on Finnair now have to pay extra to select their seats! So an elderly couple flying in Business Class cannot sit together unless they pay extra! I have cancelled our reservation and rebooked on a less greedy airline.
9/10

✅ Trip Verified | Flight BA 545 from Bologna to London Heathrow on 29th July was operated by Finnair. This was a delayed flight on an A321 aircraft and even with the delay I was rather impressed! The cabin crew stood in sharp contrast to the rude and indifferent Bologna Airport Staff! The Finnair cabin crew were very organised and polite and suitably firm with certain passengers during the boarding process. The cabin crew took security seriously and although the flight was under two hours they served water and crisps and hot drinks were for sale too. The crew mentioned that they were embarrassed to charge for tea and coffee on behalf of BA. There was little information from the Captain on the flight but the landing was soft and disembarkation was efficient. 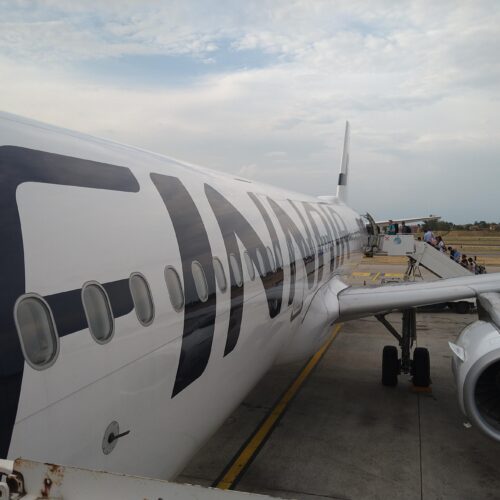 "no longer my choice of travel"

Not Verified | Pro: good serviced minded from Thai/ Asien cabin crews Con: uncomfortable seat, very low service mind from other cabin crew. No appetite food. No drink service. No coffee and tea served with breakfast. It was not worth for me to pay 2500 euro for this travel. Finnair is no longer my choice of travel.
1/10

"Will not recommend to anyone"

Not Verified | Finnair has misplaced our luggage from Bangkok to Venice via Helsinki and has not been able to find it for days. Does not answer customer service line, longest wait times on hold with no answer. I was advised to call 4 different phone numbers before reaching baggage claim, with still no answer. Finnair is unorganised, slow and has no customer service to speak of. Will not recommend to anyone.
2/10

"Stay away from this airline"

✅ Trip Verified | Most incompetent and hostile airport ground check-in crew I have ever seen during my many ears of travel. Three agents took 25 minutes to process a passenger with excess luggage. The supervisor was abscond, until the last minute. Business class check-in counter was unmanned and unattended. Finnair business class standards are very low. Stay away from this airline.
4/10

✅ Trip Verified | First flight was poor, seat backs were like bricks, no food, no viewing screens. 3 hr flight. Second flight had a problem so had to get off the plane and wait on another. 1st plane seat was good but when seated back on new aircraft same seat number it turned out to be a seat with no seat in front, good some would say for leg room but the tray table did not fold and as I'm a large guy could not get it down. There was no headphone for the screen which seemed odd. The original girl beside me had switched with her husband and he being a large guy as well made the flight awkward. He was much larger than me. The best is the food. Piece of chicken with cauliflower and spinach. Not nice at all with a tiny bread bun. Salad bowl thing which I passed on and a chocolate wafer bar. Poor offerings and not plentiful at all. Landing was only an hour late so no worries but before we landed at 5.30 pm we were given a small box contain 2 wet hash browns and a few mushrooms with an omelette on more spinach. Breakfast. The seats were fine, the staff were nice but I really think this was like a budget long haul flight. And I will not be flying with them again until people start raving about how good they are. One more thing, Dublin had 2 of the worst and slowest check in staff out of 3, appalling how they did not show any interest in being professional.
1/10

✅ Trip Verified | I've been flying Finnair regularly for the past 15 years, so much so that I've had their gold status for most of these years. They have always been horrible at customer service and the situation has gotten worse in the past few years. Being a gold member, we are entitled to shorter customer service queues. What this means in reality is that if I'm flying in a week and I need a business class upgrade, they won't even see my email in time or react. I sent in a complaint letter on April 5 and got a response on June 28th. Without any resolution. The tier benefits such as business class upgrades go unused because it is impossible to do it yourself in most cases and it is impossible to get a hold of their customer service to do it for you. I'm talking queuing for 2 hours in the chat and then having the page reload itself and you have to start from scratch and emails answered after months. Once I do get them and request a business class upgrade they will say 'how would you like to pay'. 'With my tier based upgrade voucher'. 'Oh I'm sorry, we don't have availability'. Then when I board the plane I see half of the business class is available. Horrible customer service. Never available and when available they never help with anything.
1/10

Not Verified | Finnair Customer Support is non-existent. Tried to book an additional piece of luggage way before the flight. The website said my booking could not be found (while still being able to check in much later), the chat was constantly congested and after being on the phone for two full hours I did not feel like waiting any longer. I will not fly with this piece of what-goes-in-the-bin airline ever again.
1 to 10 of 815 Reviews