"lost my first flight due to oversold tickets"

✅ Trip Verified | I lost my first flight due to oversold tickets .. all they said was sorry and put us on the next flight for the next day. I hope no one goes thru this situation because I felt terrible upset knowing I planned my vacations for a whole year and lost more than 800 in only one day of my vacations plus parking money. Then in our way back they announced to the public who wanted to volunteer to stay because again they were overbooked! This airline is horrible. 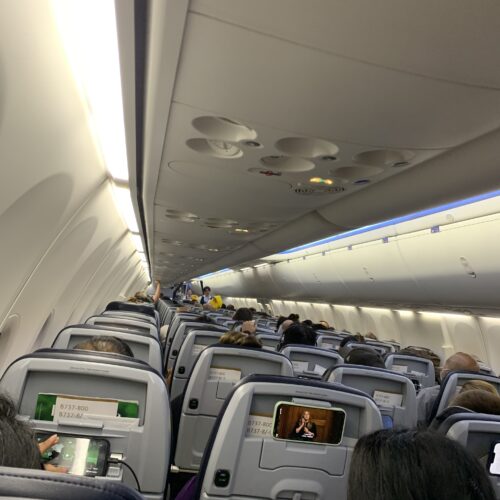 ✅ Trip Verified | The worst airline I have traveled with, customer service is disgusting, the lack of responsibility towards travelers is nil. After the flight is delayed because there is no runway at the Panama airport, they send it to another airport to refuel and finally arrive in Panama more than 3 hours late, and the traveler misses the connection, and the only thing say you is "We are very sorry, I reschedule your connection for the next day, but it is not our problem where you spend the night". Also the luggage never reached the final destination with the passengers, until more than 36 hours after the passenger arrived to its final destination, the luggage finally appears.
1/10

✅ Trip Verified | Seat was broken offering no support to my back. Aircon was not working, it felt like 28 degrees during the 6 hours of the flight A passenger fainted out during the flight, I believe this was due to the heat. Wrote a complaint but did not get a satisfactory answer. 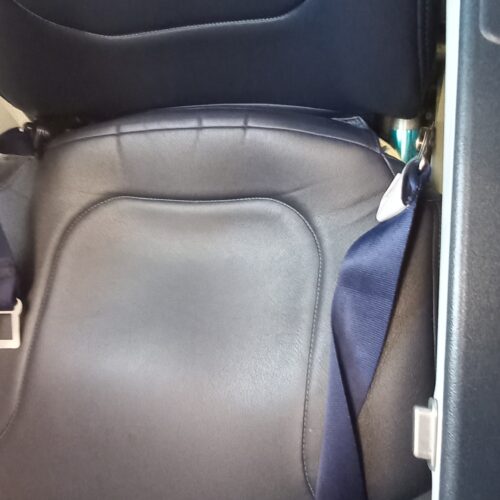 "satisfied with my two flights"

✅ Trip Verified | I was satisfied with my two flights with Copa to and from Curaçao. The airport at PTY is spacious with plenty of staff on hand. Boarding was efficient on both sectors and sufficient overhead space despite busy flights. I was seated in the last row of Economy which was uncomfortable when the pax in front reclined but I was unable to. The crew asked him to come forward during the snack service so I could enjoy my banana chips and drink. Outside of the service I requested coffee which was promptly delivered in a friendly manner. On the return, the airport staff obliged to seat me in the exit row. I find the prices offered online extremely high for the length of flight. The crew gave a good briefing for seating in this row. There was some light entertainment on the overhead screen and also some recent music in the in-seat audio. Flight arrived in PTY T1 but with a clear announcement and signage, made my way to T2 to collect baggage and clear customs. 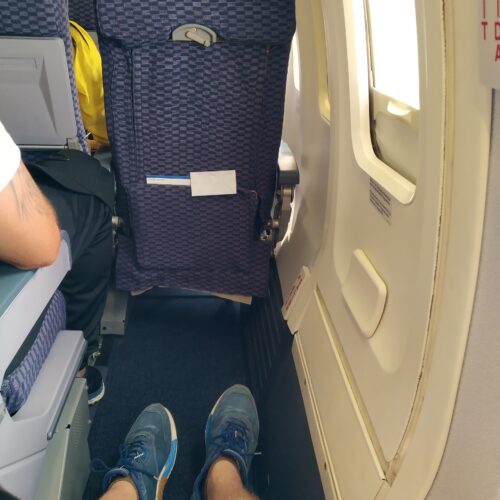 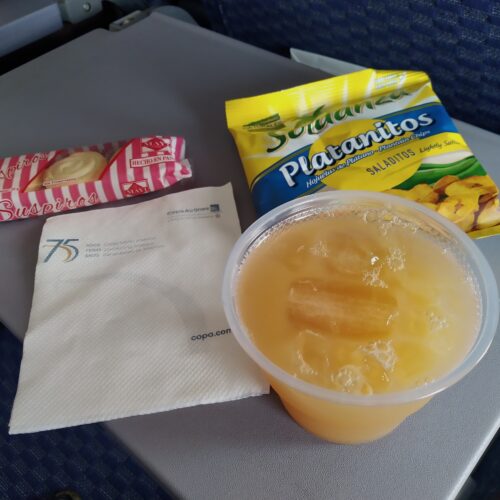 ✅ Trip Verified | Panama City to Bogota. Flight was nice. At the gate I asked for a better seat and gave us exit. Service with chips and drinks on a short flight and even inflight entertainment. Only drawback had 30 mins delay waited for connecting passengers.
10/10

"customer service by phone is amazing"

Not Verified | I must say that Copa Airline's customer service by phone is amazing. I'm travelling in December 2022 and had a few problems with my itinerary (cancellation, changes, etc). I initially bought my tickets through Expedia, but they had wrong information, so I decided to contact Copa directly. Both times I called to make sure everything was ok and to fix problems, they were quick, gave me solutions and fixed my problems. Even though another airline had cancelled, they managed to make it work and found a replacement for me. So I didn't need to call a thousand places. Thank you Copa!
3/10

"The worst airline in the world"

✅ Trip Verified | The worst airline in the world, our trip was on August 29, they canceled the flight at the last minute, they offered an alternate flight almost until the next day without giving security of the connection in Panama, collecting the luggage was a nightmare, the lady at the counter He did us the favor of transferring us to United Airlines because we needed to reach our destination the same day United Airlines charged us for the full baggage ($160) money that to date I have not been able to recover, there is no direct telephone number to make the claim, only via email and every time I send an email they tell me to wait 19 business days for the refund of the money and from 10 to 10 we already go for 1 month and no money. La peor Aerolínea de Mundo, nuestro viaje fue el 29 de agosto, cancelaron el vuelo a último minuto, ofrecían un vuelo alterno casi hasta el día siguiente sin dar seguridad de la conexión en Panama, recoger el equipaje fue una pesadilla, la señorita del counter nos hizo el favor de trasladarnos a United Airlines porque necesitábamos llegar a nuestro destino el mismo día United Airlines nos cobró el equipaje completo ($160) dinero que hasta la fecha no he podido recuperar, no existe un numero de teléfono directo para hacer el reclamo, únicamente vía correo electrónico u cada vez que envío un correo me dicen que espere 19 días hábiles para el reintegro del dinero y de 10 en 10 ya vamos por 1 mes y nada del dinero.
1/10

"Copa Airlines will not refund"

"no meals served during the flight"

✅ Trip Verified | Copa has to be the world's worst airline! The plane arrived in Panama City from San Francisco without time to make my flight to Chiclayo, so I had to re-route to Ecuador! No taxi or hotel vouchers or any assistance was offered had I wanted to wait until Friday for the next flight. There were no meals served during the flights. The 737 Max is a horrible plane! Crowded, and the customary video screens are missing. On the return flight to SF, a meal was served. But I could not order a special meal. They charge an atrocious $4.20 surcharge (or more) on the ridiculous $35 bag fee. This is because they force you to pay with a credit card! The returning flight from Quito arrives at midnight, so BART is not running! Avoid this airline at all costs!
1/10

✅ Trip Verified | I'll start by saying I really want to like Copa. The staff is really friendly at airports and on board, and they have a wonderful new terminal at PTY now operational. Unfortunately Copa has a unique ability to fail to think through their processes related to the new terminal and completely ruin the passenger experience as a result. They've completely snatched defeat from the jaws of victory, and my experience which I'll relay here is nothing short of Orwellian and bizarre. Having had several subpar experiences at the old terminal (T1), I was really looking forward to using the new terminal (T2) on this trip PTY-MDE-PTY. The outbound flight from PTY was a wonderful opportunity to experience it - the terminal is spacious, clean, modern and efficient - everything that the old terminal isn't. Everything worked well from check in to security, passport control and boarding and I was impressed. All Copa flights depart from the new terminal and everything functioned well. I should've cautioned my enthusiasm after my departure experience as I had no idea what awaited me on my return. On the MDE-PTY return for some odd reason that nobody could explain the Copa arrivals came into the old terminal, which struck me as odd. Why would you build a beautiful new terminal and not use it for all of your flights. Be that as it may, the flight arrived at the old terminal, and I went down to passport control and got through quickly but when I wound up in baggage claim to collect my bag I was astounded to hear that the Copa bags are all delivered to the new terminal. So there I was through passport control and in baggage claim and learned I was in the wrong place. I had to exit baggage claim, make my way to the new terminal via a severely under air-conditioned bus or walk in 30 degree heat and rain. I finally got to T2 but because the baggage claim area is secure, it was not possible to freely enter to collect my bag. Airport personnel insisted I solicit help from Copa to get me inside to get my bag. I spoke with about 6 different Copa employees and spent approximately 30 minutes gaining access. The Copa employees were helpful but not terribly sympathetic. They told me it was totally my fault (blame the customer) that I didn't know the bags were to be delivered and collected at T2 despite a T1 arrival. In my defense I heard no announcement on board, was sent no notification via email or text, was told nothing about this when I checked in for the flight, was given no piece of paper that explained this in Spanish or English, there were no Copa employees who met the plane at the old terminal to advise us to stay airside to go to T2 to collect our bags, and nobody in passport control or baggage claim to explain, no screens advising. In short there was no communication on behalf of the airline to assist passengers. Logically any passenger who arrives in one terminal would expect their bag to arrive in the same terminal. This logic was completely lost on all airport and airline personnel as I tried to collect my bag. I simply cannot understand nor accept that the airline and airport are not at fault by choosing to build a new terminal then not use it, force passengers to walk 1 km in the heat to collect their bags at another terminal and then implementing a a scheme that provides zero information about this to passengers at any stage in the process. It's absolutely shameful and disgraceful in every possible way.
1 to 10 of 373 Reviews