"second one gets cancelled automatically"

✅ Trip Verified | Flight comfort is okay in Economy Class, no issue there. From now on I will avoid them as much as I can due to the following experience: I booked a return flight BER>BRU>BER, but due to my own mistake the first flight was booked for the evening instead of the morning. As there are no alternatives with BU, I booked a single flight to Brussels with another company and didn't check in for the Brussels Airlines ticket. If you don't check-in into the first flight, the second one gets cancelled automatically if you don't confirm with their services within a day or so. And the heads up is done with a simple email, on a Saturday morning in my case. I ended not being able to check-in with the flight back to Berlin, calls the support and just get brushed off, that I "should have read the fine prints".
1/10

"I was being punished for being a vegan"

✅ Trip Verified | November 10, 2022 I traveled with Brussels Airlines and Lufthansa from Atlanta to Banjul. Two days prior to my trip, I called their customer service to inform them that I was a vegan and would like to be served vegan meals for my journey. I think I speak for many when I say my expectations are always low when it comes to airlines food. Gone are the days when you use to get decent meals on the air whilst traveling. So I really wasn't expecting much. Just a whatever meal until I get to my destination. Well to my disappointment, on all of my transits flights I was only served one vegan meal, that is unacceptable. On the Atlanta flight to Frankfurt, I was served rice with a few vegetables for dinner, which was fine, no complaints there. Then comes breakfast time, everybody was given their whatever meal and I was told that they only have an apple for me, "the flight attendance exact words to me were, "well you a vegan right, I can only give you the apple." I respectfully said no thank you to her. Everybody else was given their whatever meal which was a sandwich, yogurt and an apple. My flight from Brussels to Banjul, again I was served some nasty looking what looked like beans with some red sauce over couscous and that was all I got. For breakfast, they gave me and everyone else a big waffle which I didn't eat because I suspected there might be eggs in it. These airlines should do better in the ways they treat people. I went online and booked my ticket to fit my travel needs and at a price that was affordable to me. So when I tell you am a vegan, you should make the proper accommodations for me, this was a very long journey with very short transit time. It was very intense running from one gate to another trying to catch the next flight, I expected a better service once am in the plane. I felt like I was being punished for being a vegan and it not right. You must do better next time.
8/10

✅ Trip Verified | I had heard horror stories about this company. I had four flights with them and didn't face any big troubles. Went to Prague from Faro, with a stop in Brussels. First flight was delayed for a bit more than one hour. It happens, who knows whose fault it was. Second flight was on time. Pretty normal, the whole operation and staff. Good luggage allowance for the rate.
1/10

"nobody of Brussels Airlines did anything"

✅ Trip Verified | I tried to fly business class from Tel-Aviv to Brussels on Brussels Airlines. I passed security and customs and took a seat at the Dan Loune. At boarding time I went to the gate and boarded the airplane. There I found out that there was already some-one sitting in my chair which was strange. After reporting to the stewardess we found out that I misbooked my ticket. Never happened, but this time it did. As it was a night-flight I should have booked on the day of arrival, not a day before. Even though there were still seats left I was not allowed to fly and was escorted from the plane. From that point nobody of Brussels Airlines did anything. Middle of the night, left alone, no rebooking, no nothing. Only comments 'your flight has left, your problem, goodbye'. Let me be clear: I passed all security, customs, lounge and final boarding with a passed ticket! If anyone would have noticed I could have rebooked on the spot as I had a flexible business ticket! Brussels Airlines did not care about anything. Just kicked off the plane and left alone. Up to now nobody of Brussels Airlines has responded to my filed complaint. Calling is no use, they only state 'just wait our response to your claim'. I fly over 20 times per year but such a handling has never occurred to me. I know the booking error is on my side, but shame on Brussels Airlines in every way. I will never, ever fly them again.
1/10

"last time I travel with them"

Not Verified | We arrived at the airport in Israel to check in, some of the hand bags allowed us to get on the plane and some of them claimed that there was no room (actually there was a lot of free space). We got on the plane and there was no air conditioning, when we contacted the crew members they claimed that there is no air conditioning until take off. During the flight, minimum service, we asked for tissues, they bring you one handkerchief, a glass of water, they brought a quarter of a glass. In short, not pleasant at all! We landed in Brussels and suddenly we are informed that the connecting flight has been cancelled. We are waiting for alternative flights and then they inform us that they have a flight but to wait until the next day (it turned out later that that flight was also canceled!). There was someone who did "get" an alternative flight but he got on the plane and was told there was no room! We had a family event that we had to be at and it didn't even matter to them that the happy husband wouldn't make it to the event on time. At some point we asked to go to the management, an official approached us and told us that he would take us there. In practice he took us to passport control and took us out of the airport. Our travel agent arranged a flight for us through London, we actually arrived at the Brussels Airlines station and they ticketed us, after we arrived in London they informed us that Brussels had sent us on a canceled flight and that the connecting flight from London to New York was also cancelled. In short, this is the last time I travel with them.
9/10

✅ Trip Verified | When I saw the airplane with the painting on the plane I was surprised and I love it. Brussels Airlines have a few aircraft painted in a different theme. The boarding was on time, also we landed on time. The plane was really clean, seats comfortable. The crew was very friendly. Only I was a negative surprise that for this 2 hours flight we have to buy even water, but ok that a lot of airlines do that. Overall I was a positive surprise with a friendly crew and a nice flight. 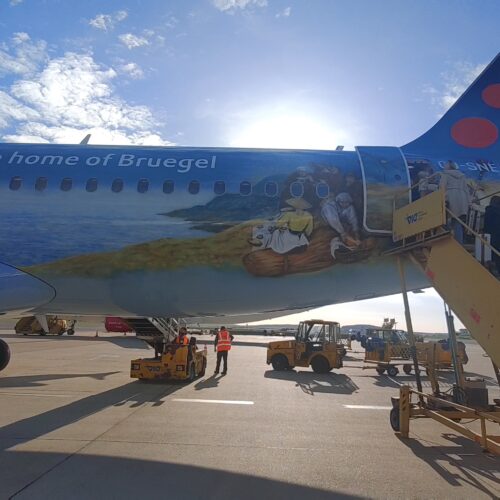 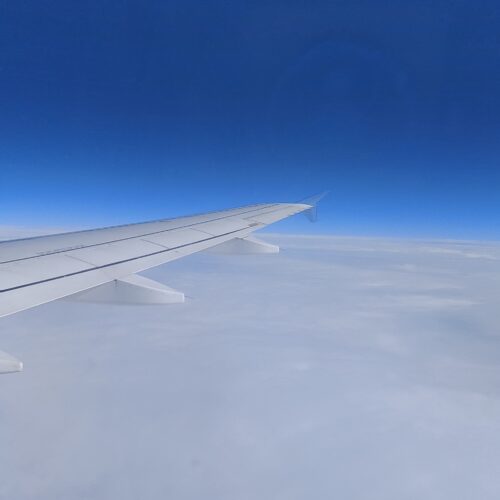 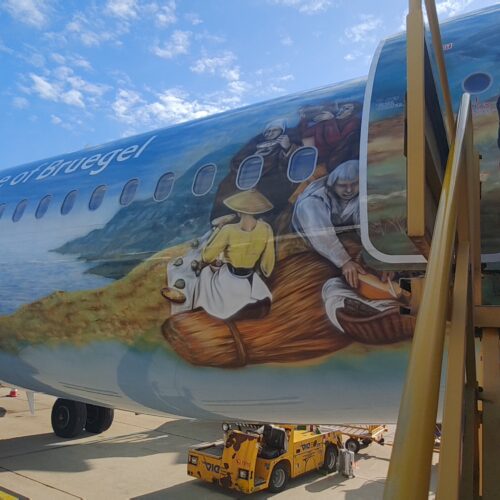 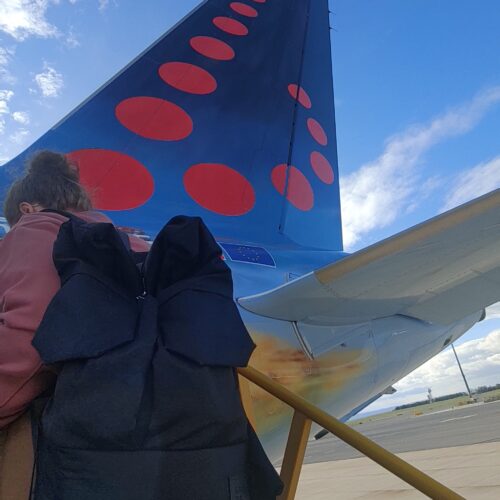 "poor information from the cockpit"

✅ Trip Verified | The flight caught a lot of delay caused by the arguments about the luggage of one passenger. So after 55 min we were finally in the air. Apologies were said in a way "we must do it" unfriendly FA, poor information from the cockpit. You have to pay for drinks and even in business the drinks are served in carton cups. In Hamburg 40 minutes waiting for the luggage;
1/10

✅ Trip Verified | Worst customer service we've ever experienced. An agent made an error on a booking amendment resulting in us having to book an expensive last minute flight. We called immediately to dispute the matter and were assured we'd receive a call back shortly. That was almost 2 months ago. We have called a further 5 times to no avail. The matter is still not resolved. We will never be using this airline again. 1 out of 10 in generous. Would give it 0 if I could.
1/10

"they assumed I would not return"

✅ Trip Verified | On July 23rd I flew with Brussels Airlines from Tel Aviv Ben Gurion Airport to Brussels. My flight experience was kind of average, my ticket costed about 600 Euros roundtrip, which was pretty expansive for an only carry-on luggage allowance ticket, but it was my fault due to late purchase of the tickets. If purchasing in advance, I could've saved 50% of the price of the tickets, which is a pretty good price considering it's not a low-cost airline, well, not exactly. I had an early morning flight, departing at approx. 05:00 AM. The flight was unofficially delayed. It wasn't announced but it did occure, it was a 30 minute delay caused by computers of the airport which shut down, not the airline's fault. We boarded rather quickly and took our seats. I found the seats to be a bit narrow. The staff on board was mostly friendly, especially one flight attendant which her name I don't remember, before take-off when I panicked a bit due to safety reasons talked to me and made me feel safe and calm. The other crew members weren't that friendly, average I would say. After take off it was asked of passengers near the window to close their window shades and let everyone sleep. So until 30 minutes before landing shades were off and everybody tried to take a nap. Fortunately I sat in an emergency isle seat (which I booked in the online check-in, for free) and had some legroom. I don't know how much legroom other passengers had but I imagine it wasn't as comfortable. Before landing a trolly passed for purchasing food and drinks. I ordered a coffee which was dull and not tasty, I think all airlines in the end serve bad coffee, don't they? Overall my experience was pretty average, not extraordinary good, or bad. I would say to sum up that Brussels Airlines is to be treated as a semi-low-cost airline. They weren't harsh on their policies, but it is nothing like a traditional airline, and it was felt. I would fly Brussels again if the fares would be attractive, otherwise I wouldn't make a special attempt to book a flight with them.
1 to 10 of 517 Reviews