"for the price I paid, they impressed me"

✅ Trip Verified | Manado to Jakarta Soekarno-Hatta onboard ID6281. Ground staff at both Manado and Jakarta were all friendly, communicative, and very courteous. At first, they announced that the flight will be delayed for 30 minutes, but we ended up waiting for only 10. Upon boarding the ex-Batik Air Malaysia plane, I was greeted by a somehow-cold cabin crew and a pretty hot cabin. Then, I figured out that my plane had no in-flight entertainment screens at all. I was about to be disappointed but it turned out that they offered Wi-Fi-based in-flight entertainment through the Tripper app, which was very sublime with never-seen-before options. The absence of the music selection was covered by e-magazines, vlogs, and podcast selections alongside TV shows, games, movies, and many more. Some lags still happened, but this was miles better than their old IFE system (I'm referring to the old ones installed in older A320s and 737s, not their newer PK-LU* A320s). The seat was good enough for a long flight like this. As the flight progressed, the cabin crews became even friendlier, communicative, and attentive, although they were not as friendly as on my previous Batik Air flight. They could have been friendlier by explaining the food that I had - which I assume was a delicious, nicely presented grilled chicken with sautéed beans and carrots and a chocolate muffin. Overall, for the price I paid, they impressed me in several aspects including their new Wi-Fi based in-flight entertainment, but they obviously still have several rooms for improvement.
1/10

"not flying again with you guys"

✅ Trip Verified | Batik air has been the worst airline for me. The rule as per the Batik Air website states that you need to carry a certificate of fitness from the doctor in case you are pregnant for more than 28 weeks. Also double confirmed from customer care about the rules. However, to my surprise, when reached at the airport counter, the check in staff doesn't want to listen and started to point out at a board on her desk. When I asked that, if I am supposed to check the rules coming to airport every day, she said yes. Later when I called the customer care and asked again, the answer was same and handed over the phone to her supervisor to make him understand but still the staff, as mentioned earlier, made their own rule of getting check up done by airport doctor. The doctor just checked BP and oxygen level which assured him that my wife is fit to fly. Certainly, not flying again with you guys.
1/10

Not Verified | I have flown 3 return trips with this airline this month. One trip was a business meeting in Jakarta, my 8am outbound was moved to 10amwhilst I was in the air the return was brought forward 2hrs from 16.30 to 14.30. Terrible customer service. When I tried to bring flight 6 forward to return early they attempted to charge me full price to downgrade from business to economy.
1/10

✅ Trip Verified | Sent many emails trying to cancel our flights as the trip was cancelled due to the pandemic. Batik Air ignored them all and even refused to acknowledge we did not take the flight or provide us with a no show letter for our insurance company. I am shocked by the appalling underhand business practices they use.
1/10

"trying to get a refund"

Not Verified | I was due to fly on 15th April 2020 with Batik Air, on the 13th March 2020 I received an email advising they cancelled the flights (note this was before the Australian COVID-19 Restriction were put in place). I have been trying to get a refund from the airline for nearly 2 months, they've disconnected their customer service line in Australia and every email I send is met with a generic response saying refunds may take up to 30 days (despite the fact it has been 52 days so far and I have yet to receive anything).
1/10

✅ Trip Verified | I booked a roundtrip flight from Taipei to Jakarta. A few weeks after booking I received two emails stating the flights were canceled (no explanation why). I figured they would automatically refund my fare so I waited a bit, they did not refund my fare. I emailed their customer service twice and never received a response so I called the phone number listed on the Batik Air website, that phone number took me to Malindo Air who then gave me the phone number to Batik Air. Once I was able to speak with a customer service representative, I was told since I was canceling the flight I'd only receive a 90% refund. After explaining to her that the flight was canceled by the airline and that I felt I should not be penalized for a flight I didn't cancel, she told me it was company policy and I would only receive a 90% refund. Okay, silly, but I was over it, I just wanted some sort of a refund. She said the refund would be processed in 15-30 working days. She then told me I needed to provide the full credit card number I used for the original booking, even though she had it. I had an issue with this request for obvious security reasons, but complied and gave her the number. After providing my credit card number, I figured all was good and settled - wrong. I was then told I'd receive an email I needed to send them a copy of my Passport. Why I asked? She said it was company policy. One more questionable security violation, in my mind. Why do I need to provide them with the information they already have to refund an airline fare for a flight they canceled? Short story long, avoid Batik Air at all costs, there are better options available.
8/10

✅ Trip Verified | Denpasar to Jakarta. At gate was driven to the aircraft by van. Hand luggage taken onto the air by staff. Shown to my seat 2F by cabin crew. Seat was very comfortable and was asked if I would like juice or water. Once airborne the cabin crew handed out hot towels and headsets. Food was delicious served with bread roll entree dessert which were all delicious. Entertainment had a good variety also. Looking forward to flying them again. 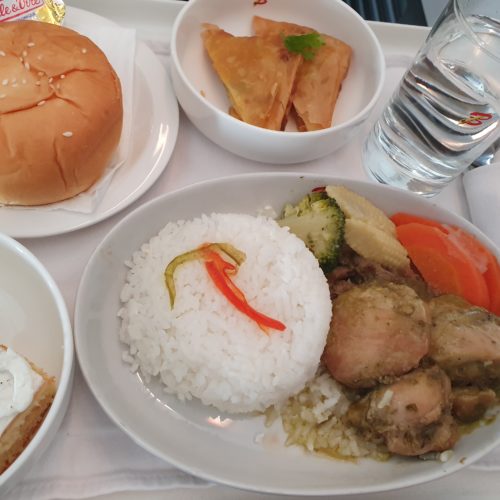 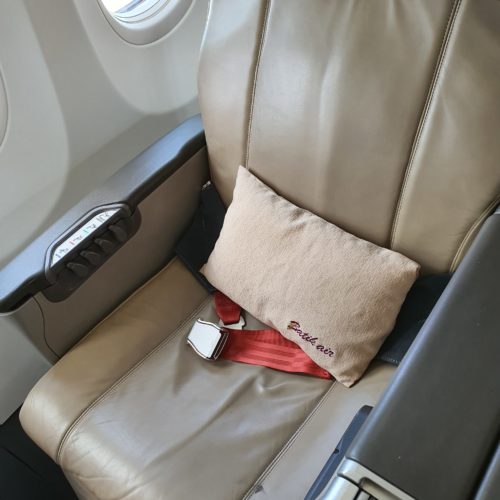 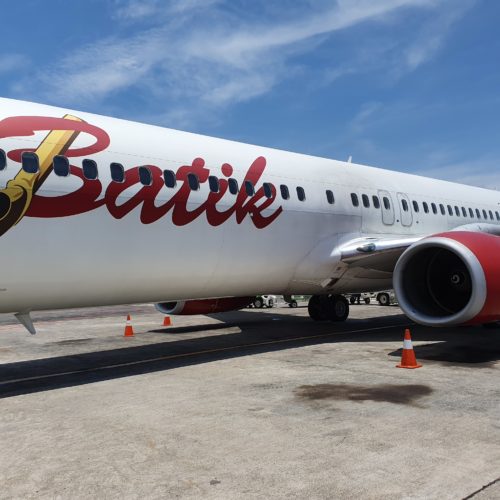 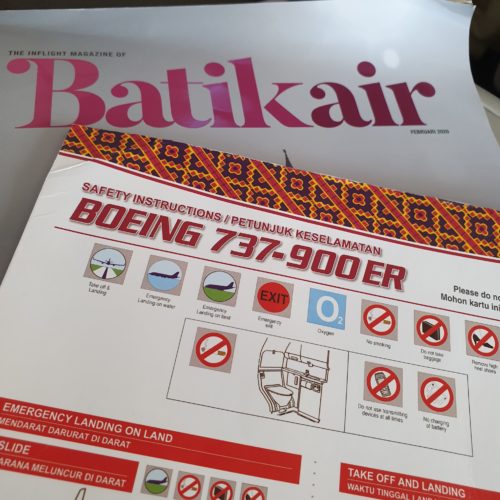 "Would fly with Batik again"

✅ Trip Verified | Sorong to Jakarta. I flew Batik Air from Jakarta to Sorong return. I had a great flight, Batik was on time in both directions, they were not pedantic about the luggage weight. They allow 20kg and I was over by 3kg (due to all the diving gear I was taking), and it wasn't questioned at all. I was very grateful for that, sometimes the airlines can be uncompromising in this area. I haven't anything negative to say about them. Would fly with Batik again.
6/10

✅ Trip Verified | Disappointing and very expensive flight with Batik this time. Not sure what is happening on the Perth to Bali route, but extra competition has recently come in with CitiLink starting the route with Airbus A320. Very surprised when my flight cost me close to $600AU for this time of year. Flight from Perth to Bali was fine, usual standard of service that I'm generally quite happy with. Return flight however was total opposite. People were very late, people were juggled about in their seats. Basically crew were triple checking everything. As an ex pilot, I think that something was amiss with the weight and balance of the aircraft on that flight. Flight took off over 30 minutes late, lots of ground staff checking things. Strangest thing, a fairly healthy and young man was moved out of the exit row, because he was having some pain with a tattoo that had been recently done. Cabin crew moved a young woman into that seat, who quite honestly, would never have been able to remove that window if an emergency had occurred. Same on the other side, the men took zero notice of the briefing, but still the cabin crew just let it happen. Lastly, just a bit of a heads up for travellers, take into consideration what you expect to take as carry on. I'm all for the airlines charging a lot extra for this service. People take it too far. On my flight I'm surprised the overhead above me did not drop open. Have some consideration people! As for Batik cabin crew, you need to be more conscientious about how you move your passengers around.
21 to 30 of 99 Reviews