✅ Trip Verified | Bogota to Munich. Poor customer Service as there was no answer on following bad experience: headset has a low quality. It feels cheap and does not work perfectly. Onboard meals are very very low quality. The meat was dry and Ravioli did not taste well. Mushroom not cooked. Same dry meat also in the Omlette! No Menu card was provided. Flight attendent did not know what to choose from. Kitkat as part of dessert? There are not much films in German language. Seat was very dirty. Lounge in Bogotá is very low standard. Food is in low quality and not much to choose from. Space is very limited. No water in bottles. 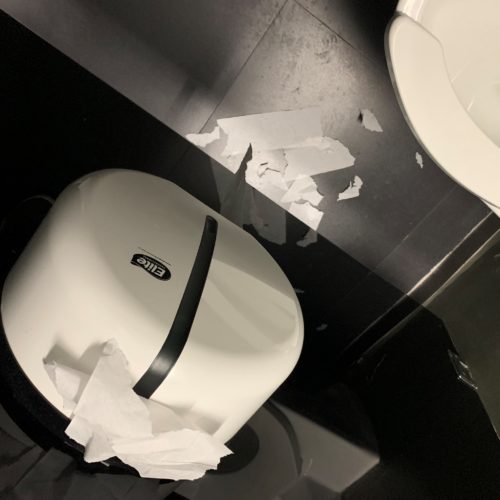 ✅ Trip Verified | Bogotá to Los Angeles. No access to TV monitor, reset it several times but no luck. There was no access to map. Seats control not working properly and fully extended, and the headsets were not cleaned and in a bag. Very old aircraft, I used to fly in the Boeing 787 from LAX to Bogota, but they downgrade the aircraft.
3/10

✅ Trip Verified | San Salvador to Dallas Ft Worth. Really bad customer service, Will never fly with them. They charge you extra for everything, after paying $1000 for a ticket, just because is a busy time of year.
1/10

✅ Trip Verified | Bogota to New York. The worst, they changed my ticket for 7 hours later without asking, I’ll be super late in NY always making changes because they do not know how to sell tickets. They just said my ticket has been changed, I was supposed to arrive at 1:30 am and now I’ll arrive at 3:40 am according to the lady Who just notified me that it was changed, the customer service is terrible.
1/10

✅ Trip Verified | San Francisco to San Jose via San Salvador. My girlfriend and I booked a flight from San Francisco to San Jose, Costa Rica on December 22nd. The flight was canceled for mechanical reasons (after we boarded the 5:45am flight and sat on the airplane for almost 2 hours). The next flight they could get us on was more than two days later. This was unacceptable for us so we booked on another airline and asked the gate agent for a refund. She said we have to request a refund from the call center. So we were on with customer service for over an hour and they said we had to request a refund online but their system was down so we would have to wait. We have been trying for 5 days to request the refund but the site is still not accepting requests. Meanwhile, we are in Cost Rica (via United Airlines) and I get an email saying it is time to check in for our return flight. Huh?? The email included an itinerary saying that we flew to Costa Rica on Avianca airlines on December 24th, which we certainly did not - we were never told we got rebooked on that flight, never got any email saying so, never got a check-in reminder, etc. And now nobody from customer service will speak to us. It is my opinion that they just “re-booked” us on another flight without telling us in order to avoid having to pay a refund. This is a terrible airline with unacceptably terrible customer service
10/10

✅ Trip Verified | Los Angeles to Guatemala City. The cabin staff were friendly, seats were comfortable and clean. Food and drink was provided, and blankets, pillows, and headphone. The flight attendance offered more spacious seating to a larger lady since there were empty seats. They offered me a direct flight at a sooner time since it was available instead of my later flight with a lay-over in El Salvador.
2/10

"Avianca will not take responsibility"

✅ Trip Verified | Managua to Toronto via San Salvador. We have only flown twice with Avianca and we are not fluent in Spanish. The costs mentioned are for two people. 1st Trip - 2nd portion delayed until next day. They did provide a hotel for the night. However we missed our $80 shuttle and the 1st day of our vacation ($$?). 2nd Trip - 1st portion delayed and type of plane changed last minute so we could not check baggage. We had to depose of personal items that could not be in carry-on. The delay caused us to be late for the 2nd portion and miss our connecting train ($120) and so we had to arrange alternative transportation last minute (flights cost $520). We also missed 24 hrs of family time the day of Christmas Eve. We interacted with perhaps 12 staff during our trip, asking for Avianca to change the final destination to where the train was intended to get us to. Two were sympathetic and the remaining ten were incapable or incompetent. They would tell us to stand in one line only to be later told that we had to go to another line until finally we had to catch our flight. Avianca will not take responsibility when they fail to fulfill the contract made when purchasing a ticket.
1/10

"I hate this airline"

✅ Trip Verified | Houston to El Salvador. Our flight was at 355pm and it is now 545pm. We have been stuck in this plane for hours and nothing looks promising. This is unacceptable and it's a horrible situation to be in. I hate this airline. 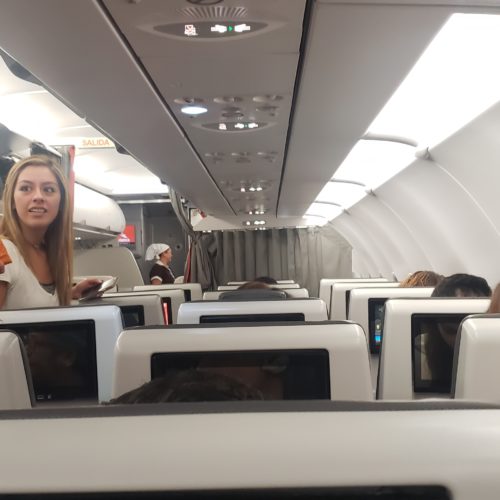 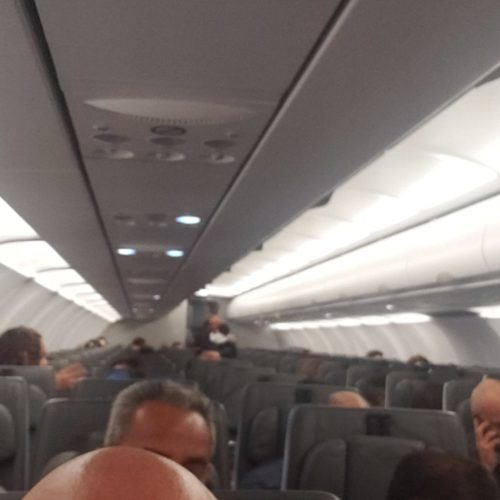 ✅ Trip Verified | La Paz to Bogota. Late again. They delayed for about two hours and didn't give any type of compensation for this (not that a bottle of water or a snack matters to me, but shouldn't a reputable airline do the minimum to show that at least they care?). I was notified by email that the airline would be departing late, so I arrived later to the airport accordingly as the departure time was around 2 AM and wanted to rest a bit more at home. When I reached the airport about 2 AM, counter was closed already and wasn't sure what was going on. I was standing in line and no body came to assist me until I walked to the counter. I was told the staff finished their work and couldn't check my bag, so they offered to send me without my luggage or the next day. Either option was not workable for me as I don't live there and had to take three other flights after this one. I was upset as they didn't put a real effort in helping me and only gave me nonsense options. I talked to another person in the counter who didn't help much in the beginning, but after some begging, she reluctantly called in and thankfully the police agreed to check my bag. I was put in high stress as I had to figure out what to do in case the police wouldn't check my bag. My next flight after AV was with Lufthansa, which was late one hour, but they apologized at least three times throughout the flight. I didn't hear any apologies from AV and they wanted to send me without my bag (do you realize how ridiculous this sounds?) I hope they step up their customer service game (ground service) The plane was actually a nice one as it is still a new one with decent entertainment system. I visit LP a few times a year and find the BOG connection convenient. I will still give them a chance as they are part of Star Alliance. But if problems persist, I will need to take another airline.
1/10

✅ Trip Verified | São Paulo to Fort Lauderdale via Bogotá. I booked Avianca cause it was cheaper then flying American or LATAM Brazil. So my flight from São Paulo to Bogota was scheduled to depart at 12:45 AM, so I got on the plane, I flew business class, but when I sat down on my seat (1A), they didn’t serve a single peanut for the whole 5 hour flight to Bogotá. The seats, which were in business class barely reclined and were not comfortable. And this is the 1st airline I’ve flown on that didn’t let me use their in-flight entertainment system or the stow-away TV. So I wanted to use the tv before takeoff, but there were way too many ads that you couldn’t skip and before takeoff the flight attendant made me put the tv away. So I slept a bit, but I couldn’t sleep that much because I couldn’t get comfortable, and my phone had no battery, so I tried to get the tv, but the flight attendant came out of nowhere and told me to put it away. The 2nd flight from Bogota to Fort Lauderdale was better but the flight attendant didn’t speak much English so we couldn’t really communicate and I was sitting in my seat (1C) and they gave food - the 2 food options were an omelette and some mozzarella thing, so I asked for the mozzarella thing, but she gave me the omelette, which was disgusting. I was thirsty so I asked a flight attendant for water, but she never came back, so I called another flight attendant and she got me some water. So we arrived at FLL but when I got to baggage claim, they (Avianca) lost one of my bags! I will never fly Avianca again!
11 to 20 of 364 Reviews