"didn’t let us get in inside our flight"

Not Verified | Horrible company. We had the worst experience ever traveling with this airline. They didn’t let us get in inside our flight even we are vaccinated and we have all our documents in law. They didn’t know the rules to get in at Egypt, even with the official website of the Egyptian government says clearly that people with the vaccine can go to Egypt for holiday. We were vaccinated in the United States but they didn’t understand that our vaccine is the same as in Europe and they didn’t let us to take the flight. Horrible attitude from the Italian supervisor and the guy from the counter. This supervisor didn’t speak a proper English and he didn’t help us in nothing. We showed up him the official information from the Egyptian government but he didn’t understand that he was totally wrong with his decision. I don’t recommend flying with Air Arabia airlines. They do the impossible for the customers don’t have a nice time flying with them and they don’t give you proper answers. It look like the people in the counter l don’t even know what they’re doing, besides a horrible attention. The supervisor was even worst. They are not prepared at all. My worst experience flying and I’ve been in more than 55 countries. I hope this situation helps to save you a lot of problems with this airline. 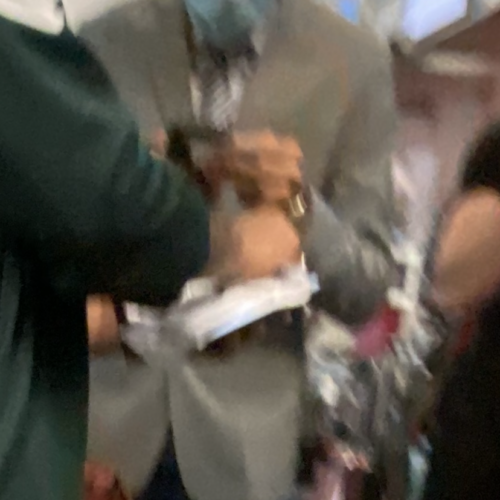 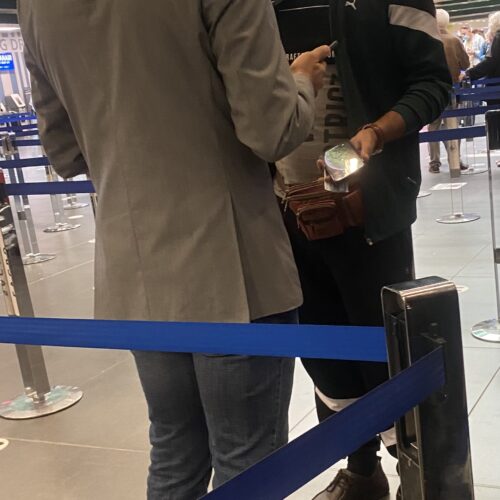 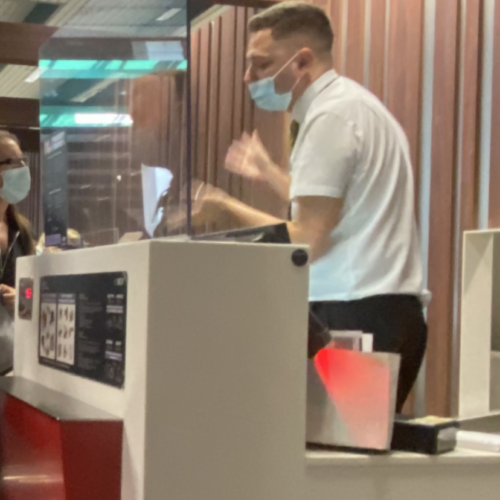 ✅ Trip Verified | I am passenger of Muscat to Calicut on 19th September. I have lost my backpack luggage weighting 10kg. As per the request, It was handed over to airlines staff while boarding to flight in Muscat. As they informed i would get the baggage in luggage section. But unfortunately i didn't receive hand bag with my other luggage. There after reached at the destination i complained in the aiport (Air Arabia office). A week passed, no one turned to me with registered complaint. While i called customer care number they were unaware about luggage lost procedure. After connecting then 3 times they shared some contact numbers, which never answered and invalid.
1/10

"they refused to reimburse me"

Not Verified | I booked a flight with them from Doha to Baku for Sep 17, flight was supposed to leave 09:30 and arrive at Sharjah at 11:30am to connect for the flight to Baku at 13:00 and arrive there at 15:55. They sent me an email at 21:00 the night before( keep in mind my flight at this point is in less then 12 hours) saying that they have changed the flight and I should go online and either cancel or accept the new flight. Here is the catch. The new flight they purposed was leaving Doha on Sep 17 at 18:30 and arriving at Sharjah at 20:30 with a 4 day layover and not leaving for Baku until Sep 21. Naturally this is absolutely ridiculous and I cancelled the flight after which they refused to reimburse me. You see they put you in a situation that you can not accept the terms and at the end stiff you out of your money.
1/10

✅ Trip Verified | My flight was canceled and I don't need any credit voucher, I'd rather prefer the amount transferred to my bank account. But they say it's not possible. What am I supposed to do with the voucher if I don't need to travel with them in the next year?  It's even more unrespectful and ridiculous that they reply with a copy-paste of the previous email and don't have the time to answer their unsatisfied customer.  Really bad experience.
1/10

"they refused a refund"

✅ Trip Verified | I had booked with this airline in Feb 2020 before COVID19 hit the whole world. Australia had borders shut since March 2020 till now still closed with no opening date set. My "fully flexible" ticket that was paid at an extra cost, all meals and including luggage for 3 people, A$1,787.11 charged has now been taken from me from this airline with ZERO in return. Travel was booked for August 2020 and they refused a refund. They gave us a credit after countless emails with a expiry date that meant i could not book because we are still within travel restrictions, there is no reasoning with this airline. All i asked for was an extension of the expiry date to allow us to book once borders are open and they declined... over and over again i asked and escalated the matter to their complaints team and they all declined. All other flights were refunded for the family and friends we were traveling with but they booked with ryannair and Iberia and both airlines provided a refunded in full no questions or hassles.
1/10

"same documentation will be refused"

✅ Trip Verified | On our first flight from Brussels to Casablanca on Friday 27 November everything went excellent. We had registered our self for the flight and received the boarding cards and delivered our baggage at the airport. We have registered with our valid Moroccan passport and our valid resident cards; they were accepted without any issues at all. We did not get any further notification from the registering team that the same documentation will be refused during the back-flight... On 13 December we had our flight back from Casablanca to Brussels. We had the flight at 07.10 in the morning; we were at 03.30 in the morning in the airport. We have waited until the gates were opened to deliver our baggage and register for our boarding cards, however when we wanted to pass to the gates office to weight our baggage we were intercepted by two Air Arabia agents (one was the responsible of the flight that day and the other was controlling the documents). They refused to let us go to the gates office to deliver our baggage and they stated that our documents were not legal, the same documents that we have used to register in Brussels, our Moroccan valid passport and valid permanent residents cards. We have even double nationality, as we have the Moroccan and the Dutch nationality. When we tried to explain our case to the agents, they became aggressive and started to insult my wife in front of all passengers present in the hall. I went to the Air Arabia office in the floor below but the offices were closed. The agents kept on refusing letting us pass to get our boarding pass while we had a valid ticket and valid documentation, the same documentation that we have registered and used from Brussels to Casablanca. If the documentation was to be refused, then we should be notified in Brussels before even boarding to Casablanca... but that was not the case. The agents were executing police task by refusing us to board, I have registered a complaint at the police office in the airport and the police has confirmed to us that the agents do not have the legal rights to hold us from passing as our documents are valid. If someone should prevent us from passing that should be only the police that has right to. The agents were becoming more aggressive, the responsible as insulted my wife and shouted to her and after went away without giving any sign of presence, time went by and the gates have been closed and the time of flight has arrived (7.10), I could go through and escalate the problem and even prohibit the flight, but because my wife is a heart patient I didn’t want to escalate. My wife became unwell and had problems with breathing due to the stress caused by the agents, I have called for the airport doctor and we have waited for him in the cafeteria. When he came she was already better, he has examined her and confirmed she might flight back to Belgium. I have bought new tickets with Royal Air Maroc to Amsterdam as there were no tickets still to Belgium and we had to take the next flight and could not stay longer because I had to go to work next day. At the gates of the flight of Royal air Maroc, that was going to Brussels at the same time (12.30) I have presented the same documentation to the flight responsible and asked if the documents were OK to go to Brussels and she had confirmed it, when I said that the agents of Air Arabia have refused to let us pass she confirmed that it is ridiculous and there was no reason for that and that
1/10

✅ Trip Verified | Sharjah to Beirut. Bad customer service, hidden fees, you end up with headache and extra cost. Add to this the fact they fly from or through Sharjah airport, where passengers are treated poorly.
1/10

"they seem not to care at all about passenger rights"

✅ Trip Verified | I bought a ticket with Air Arabia in March for a vacation in Morocco. Because of COVID the flight got cancelled. I requested a cash refund but their call center charges crazy amounts. I sent numerous emails to their customer service only to receive standard reply messages. I did not give up and after some time their customer service center finally answered my messages only to let me know that Air Arabia's policy is not to offer a cash refund for COVID-cancelled flights. They said they only hand out a voucher that has to be used within 1 year. Since we couldn't go on vacation, this is completely of no use to me. Moreover, travel to Morocco is currently forbidden by Belgium. EU regulations clearly state that they are obliged to offer EU passengers the choice of a cash refund, but they seem not to care at all about passenger rights. This is the last time ever I travelled with Air Arabia, and I strongly advise anyone to not do business with this company.
1/10

✅ Trip Verified | No refund policy and call center 1€/minute even if line busy. My flight was canceled in March due to Covid-19 and they offer me a ticket valid one year that I cannot use because Morocco has been closed for the last 6 months and no sign of near reopening. I explained that I cannot use their ticket because we can't fly to Morocco and they keep sending the same email with the voucher valid one year (now 6 months) and if you call them you never get to speak to someone but I received a 30€ phone bill for the call.
1/10

"This is a pirate airline"

✅ Trip Verified | Jouf to Nairobi via SharjahI booked the flight for my girlfriend, was cancelled by airline and 3 months later didn't get no response whatsoever. No one is answering their phones, no e-mails, nothing, they just took my money and went quiet into the dark. This is a pirate airline, this is unacceptable from a company to just ignore customers.
1 to 10 of 110 Reviews