Not Verified | This lounge is amazing horrible. My visit started well with a great shower. The shower rooms are huge and well equipped. The service there is nice and welcoming. But when I wanted to get something for breakfast I was shocked. First of all it is plastic cutlery and paper plates. This place produces so much rubbish that is incredible. The selection of food was really small. But what was going well was the bar with the alcohol. The layout of the seating looked not welcoming. Chaotic the chairs were standing around all over. Some close to the sockets some far away. The terrace is a great idea, unfortunately it was closed that morning because of rain in the early morning hours. It is not worth visiting this lounge again. If you arrive from South Africa were they offer so many different meals and porcelain and with real cutlery you thing you just arrived in the third world.
4/10

"such a dismal array of food "

✅ Trip Verified | The staff and seating are both fine. Staff very friendly and they clear glasses / plates away fast. But there is a lack of toilets and such a small choice of food options. Even the domestic lounge for Virgin Australia has more options than this! It’s such a dismal array of food - everyone is munching on corn chips and olives. The bar is above average (phew!).
1/10

Not Verified | This Sky Lounge in Terminal A at Detroit is horrific. Shame on Delta. I flew first from San Diego on my connection to LHR (on Delta One). Dirty, broken chairs, filthy glasses that they expect you to use to get a drink. Every table was filled with dirty dishes and the such. I left and found a restaurant in the airport. I'd rather pay to not be in the lounge.
1/10

"tends to be overcrowded"

✅ Trip Verified | The Delta Sky Club at LAX Terminal 3 tends to be overcrowded all the time and it does not make it easy to enjoy the experience. There is also no way to get some privacy for a call with the crowd. The Good: - Nice view of the North runways - Power outlets available everywhere - Standing workspace available - Improved food selection in recent months The Bad: - Crowded - Internet was a disaster - Bathroom really small.
6/10

"Delta can do better"

✅ Trip Verified | I visited two Delta lounges in Detroit, once on outgoing and again on return. The lounges in Detroit can get super crowded during peak travel times and makes it very hard to find a place to sit. Still despite the crowd there was ample food and drink. Plenty option to drink, food options were quite limited and not that great to be honest. The internet worked decently, took a moment to get connected but once connected no issue. The staff in the lounge were helpful and kind. The washrooms were well kept and nice, and I didn't have any need to visit a shower. Probably due to the high passenger volume the lounges in Detroit were starting to look a little worn and kinda dated. The chairs are pretty stuff and not that comfortable. I spend much of my time in the desk chairs in the office area as they were more comfortable. I know Delta can do better, so especially for their hub they should do better.
9/10

✅ Verified Review | Delta Sky 4 floor on H and J, just great, clean, bathroom clean. Great food, organic choice, Hummus, lobster soup, French wines. I was not flying Delta but AeroMexico. Wi-Fi works in perfection. Good comfortable chairs, not that much DC Power to charge laptops and Mobiles but a few are around. Fresh apples, bananas, cookies etc. And good view. Employees smile to you welcome you from the reception to the ones that clean the table and also ask you if you want an extra glass of. Making passengers feel at home.
1/10

"appalled at the condition"

✅ Verified Review | Delta Sky Club Lounge (Terminal 4, Concourse B - near Gate 31). Arrived after a longer international flight for a domestic connection and was looking forward to enjoying a shower and change of clothes, only to be appalled at the condition and quality of this lounge. The lounge was pushing its maximum capacity (so it seemed) and was exceptionally noisy as a result. Food selections were limited and definitely were not top quality nor were they healthy (given the amount of salt apparently used in their preparation from the two items I attempted to sample). Having arrived after enjoying exceptional food and hospitality in First Class on an Asian carrier, I wasn't able to eat any of the prepared foods available (given how greasy they were) and the quality/poor condition of the few selections of vegetables available left a lot to be desired. Bar staff seemed interested in serving the loud/boisterous people who had already consumed previous alcoholic drinks; getting the staff's attention was difficult. Seating was uncomfortable, decor was dated, carpets and floors were worn/dirty and the noise level/announcements precluded my hoped-for snoozing during the long lay-over between flights. Made an appointment to have a shower and was disturbed by the poor condition of the shower facilities, which were dirty (in spite of being "cleaned" between users) and had black mould visible in many areas of the one I was given. Towels were on the small side, were worn and were branded with a non-partnered hotel chain's name. Hair dryers were not available in the room and had to be requested before entering. Shower amenities were of poor quality and were of small quantities. Due to an unannounced gate change, I took the airside shuttle to Terminal 2 and visited the Delta Sky Club Lounge located upstairs on the Mezzanine level. This lounge offered a better selection and quality of food, was significantly quieter and promoted a relaxing atmosphere/environment. Shower facilities were available here but I did not investigate their quality/cleanliness. Overall experience from the T4 lounge was off-putting enough that I will not be using Delta Air Lines for future travel plans unless absolutely necessary (e.g., they are the only carrier serving my intended destination). 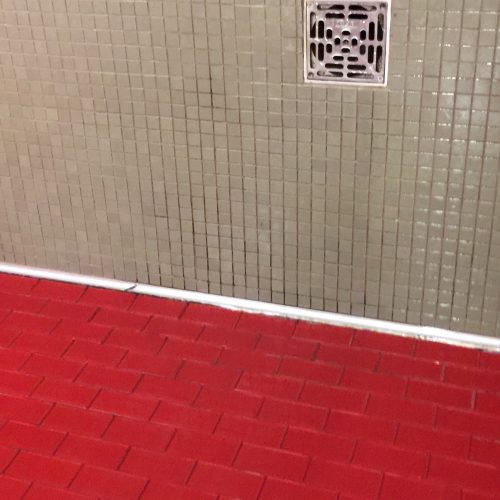 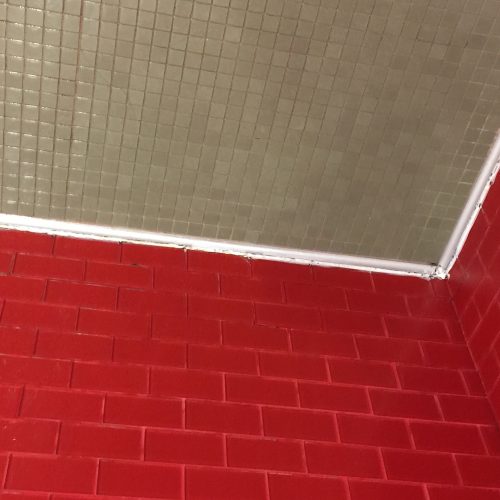 "food on offer was very tasty"

✅ Verified Review | My wife and I had a 5 hour layover, the lounge was air conditioned, very comfortable and the lunch food on offer was very tasty. The salads were fresh as was everything else on the snack bar. I had clam chowder which was delicious, fresh fruit and coffee. My wife was very comfortable and the staff were all very friendly and helpful. In Europe I would have had to pay for a lounge as an economy customer so this was a very welcome rest. The whole experience of our holiday in the states was superb, everyone helpful and friendly. Thank you Delta.
1 to 10 of 84 Reviews