✅ Trip Verified | No smoking area even in the lounges and you once you’re through Immigration, they will no longer allow you to get out to smoke.
1/10

✅ Trip Verified | Rude screening officer ignored me and spoke to his friend whilst I tried to ask questions. Terrible seating. unsanitary, no smoking area and won't allow me to go back through customs to smoke.
2/10

"place is a joke"

Not Verified | I usually never mind a long stopover, but this is seriously the worst place I could have ever had an 18-hour transit. We were flying from Bangkok to London via Manila with Philippine Airlines. We landed and genuinely thought it was going to be a standard transit situation with places to eat and chill. Nah. When we get there, we are put into a transit lounge. There were people definitely living in this lounge, maybe trying to claim asylum. The facilities were awful. There was nowhere to get food in this lounge. We were told we could get staff to get food for us, but of course, we had no Philippine currency and there were no ATM's. Then the airline gave us a transit letter to give to immigration so we could go into another terminal to get some food. He wouldn't let us through even though we had the letter and an onward ticket home and told him our reasoning. He told us to send the staff to get the food and we again explained we had no cash and he simply shrugged. We had to book accommodation in Manila, the accommodation we didn't need or want, to leave to walk a few steps to get food. I've traveled quite a lot and this was by far my worst experience. When I read bad reviews about Manila, I thought people were being picky but it was unorganised and upsetting to be trapped with little to no duty of care from our airline. Did they really expect us to sit there for 18-hours with no food? We ventured over to the other terminal which contained places to sleep and a lot more restaurants. We stayed in this terminal (3) until we could go back through security as the facilities were a lot better (McDonald's, 7/11 etc) and were followed by staff the whole time. When we went to check back in, the staff barely checked our bags and were only singing and playing with each other. Not safe! I will never ever fly through this airport again. Cannot fault any other Asian or European airport I've been to. This place is a joke and I'd avoid at all costs.
1/10

"difficult to get around"

✅ Trip Verified | Extremely slow and inefficient Airport, you must plan a minimum of 3 hours for a transit here to make sure you make your next plane. Bad signing and difficult to get around. Only one security for hundreds of people. Restaurants take only cash or a high limit on card, and no smoking area. Don't recomend traveling via this Airport unless you have to.
4/10

"it has improved over the years"

✅ Trip Verified | Although I think this airport has a long way to go, I would like to separate the exaggerations and blatant false complaints from the real situation. I have flown from all the available terminals whether domestic or international. The main problem of the place is truly overcrowding otherwise it's a serviceable port. It could use more seats though it has improved over the years. Amount of food concessionaires is just passable, could use more and definitely won't enjoy a long stay. The terminals are regularly clean and bathrooms are clean and have bidets. Slowly improving airport. Just ok for an on time departure and arrival, I wouldn't like to stay for more than 4 hours.
4/10

"There needs to be a lot improvement in T2"

✅ Trip Verified | Although I agree with a lot of negative comments on here about Manila Airport, let’s not get caught with all the negative comments. Manila airport has 4 terminals and I agree about Terminal 2 which is fairly small and the incessant announcements for such a small terminal is unnecessary at best. The Belgian guy who commented about the airport made a sweeping generalisation about the whole country as a whole as being dirty is downright rude and to be honest, misinformed about the whole Philippines in general. The Philippines has some of the most amazing white sand beaches in the world, better than the place he’s been to which was Guam. You only have to look up on Youtube sir because there are far too many vloggers out there who fell in love with the country’s beaches and it’s nature. Mind you I contracted a tummy bug when I was in Brugge last year. Ironic isn’t it. Let’s go back to the topic anyhow. There needs to be a lot improvement in T2 but Terminal 3 where Cathay is, is not really that bad.
1/10

"without a doubt the worst travel experience"

✅ Trip Verified | Terminal 2 is without a doubt the worst travel experience I've had in a very long time. We were stuck there for seven hours in transit due to PAL delaying our flight three times for no reason that they cared to explain to us. Anyway where to begin? First, there's no free wifi, none at all, which is almost unheard of these days at international airports. So if you are there for an extended period bring a book or something else to do. Second, the announcements are loud and never-ending, bring earplugs. Third, there aren't many decent cafes or snack shops and some of them only take cash, which is nonsensical these days. I only saw one cafe that actually had seats where you could sit down and eat whatever you bought, the rest were all takeaway. Fourth, the terminal is small and can't handle the number of people that pass through. When a flight is boarding the only aisle to walk down is completely filled with passengers lined up for boarding. To sum up this terminal is a disgrace to aviation and should be avoided at all costs, even for short transits.
1/10

"Avoid at all cost"

Not Verified | A few hours before landing the government decided to change the rules. No transit passengers are allowed to clear immigration and enter the country. The airline staff are extremely rude and don’t want to help. We are stuck in a room with some very uncomfortable chairs which is called their transit lounge. We are rationed the number of blankets we can use (1 per person) even if the AC is on high and it’s freezing. Felt like a prisoner. If you have any dietary restrictions (I am a vegetarian) I have 1 option a veg pizza (a slice of baguette with cheese mushroom and peppers). Avoid Philippine Airlines and Manila airport at all cost. 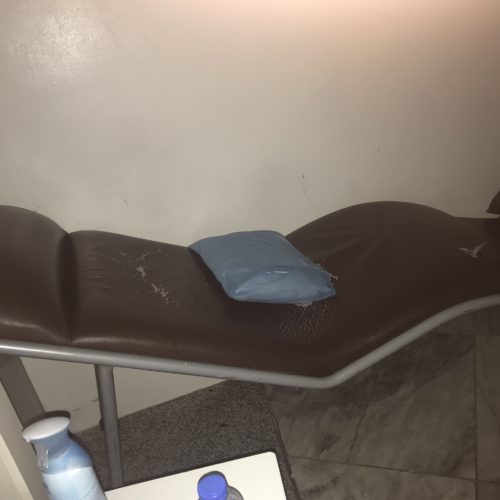 "the worst I've ever seen"

Not Verified | I had a stepover to Guam in Manila with my family and kids. This is the worst I've seen. What a mess, what chaos. I would never visit the country seeing what I have seen in the airport. The food looked so awful, we even didn't touched a cracker. My daughter was ill for 3 days after we left.
1/10

"avoid it at all costs"

Not Verified | If you are into long uncomfortable waits, rude and inept staff, loud external noises, ridiculous transit procedures and horrible experiences; then this is the airport for you. This is the worst international airport, by far, I have visited and will avoid it at all costs. Staff more interested in looking at their mobile phones than actually helping anyone.
1 to 10 of 367 Reviews