"This airline was horrible!"

✅ Trip Verified | Minneapolis to Chicago O'Hare. This airline was horrible! We were delayed 1.5hrs on the tarmac for mechanical issues on the first flight. Next, on our flight back, we had a boarding gate set as M1 and 30min before we were to depart, they changed the gate all the way across the airport on the opposite side at M20. Then, we all sat and waited for updates on our flight that was to depart 'on time' and we never received any updates that this flight was now delayed. Wouldn't inform anybody about what was going on and even lied to my face and told me the flight was 15min out. Completely incompetent at their jobs!
2/10

✅ Trip Verified | Orlando to Minneapolis. Flight SY342, 2 hour delay at departure Orlando, staff was very rude. On the way to Florida we have the front seats no problem fitst isle, and on the way back seats 31 all the way in the back. I Asked the staff if these seats recline and she says, do they look like it. 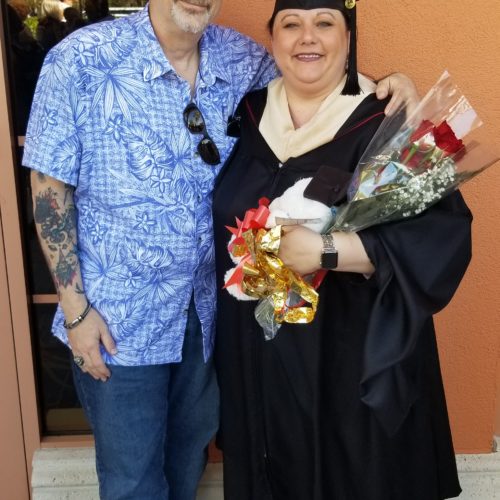 ✅ Trip Verified | Minneapolis to Miami. Extremely disappointed with the customer service we received. We ended up missing our flight due to the staff and process being unorganized. On top of this, the employees were rude and lacked any empathy. We waited for 2 hours in line to check in while they were pulling people from a different line who had waited way less than us.
1/10

✅ Trip Verified | Chicago to Minneapolis. Hometown Airline - not. These folks are unbelievable. They took our plane from our low margin route (ORD-MSP) to use on a more profitable route. Then they blamed it on weather even though ORD and MSP were operating normally 7 hours before takeoff. First they updated flight status to delayed. Then delayed + cancelled. Then they sent an email with no instructions on what to do next. 4 phone calls and 4 hours later, finally got a human being who said we were on our own to get home. No alternate flight offered. Absolutely no empathy or compassion. We rented a car and drove 8 hours to get home to take care of our child with medical needs (because we had only arranged care through Sunday night). Literally the only thing Sun Country said was "we sent you an email". Not even Spirit Airlines has that level of uncaring and incompetence.
10/10

✅ Trip Verified | A special thank you to the cabin crew Flight SY106 on 2/26/2020. My husband caught the flu while we were on vacation. Needless to say we had no real vacation. He had been feeling Ok. We were in the air maybe 40 min and he lost consciousness that lasted a minute which seemed longer to me! He was dehydrated and on top of that spiked a high fever. The crew was right there with me asking him pertinent questions and had ice packs to cool him down and several cups of beverages and water. The cabin crew stopped in on us frequently the remainder of the flight at least every 10-13 min!! Sun-country you have well trained compassionate staff.
1/10

✅ Trip Verified | On February 14 I flew from Newark to San Diego to visit my husband who has been deployed. Customer service from the get go was terrible, but I was able to overlook the rude employees, and lack of inflight entertainment because, my flights were on time and I arrived in San Diego in one piece. Turns out my baggage never arrived in San Diego, there was not a single Sun Country employee available in the airport to help me or the 6 other passengers who were missing luggage. Nothing was offered up front, a voucher or even a tooth brush. We called the airline and were told the bag would be expedited and would meet me in San Diego TWO days later, I was only in town for three. It is going on day 14 and I have still not received my luggage, which I am told never actually left Newark airport! However, when I called to say I would just pick the bag up I was told, despite emails saying Sun Country has found my bag, that they can not confirm where the bag is! They will also not reimburse me for the items I had to purchase until I am “reunited“ with my luggage or it has been missing 45 days! The worst part is I have had to call the airline every day and not once received a call from them. I have only received emails while on the phone with customer service or after threatening to file a complaint with the DOT. But even those emails have been vague and offer no follow up. I’m giving them until the end of today to get me some information and then I will file my complaint with the Department of Transportation. Think twice before you fly with this airline and if you do I recommend carry on only!
1/10

Not Verified | Denver to Minneapolis. Flight delays are a normal party off travel. That said, how they are handled speaks volumes about the airline. Sun Country may have the worst customer service of any airline I have dealt with. After three phone calls and two promises that a manager would call me back, nothing. They don't care about taking responsibility for problems they create, and their agents have no problem flat out lying to customers.
2/10

Not Verified | I have been a long time user of Sun country and usually have a group of 12 or more when we do go since 2009. This last trip to the Bahamas on 2/15 and back from the Bahamas on 2/22 was the worst airline experience I have ever had! We were late leaving MSP by 1 hour because you lost your log book and YOU didn't have the food stocked on the plane. There was no entertainment. Wish we would have known that before hand. Then we lost another hour because when we got to the Bahamas they didn't have a gate for us since we were an hour late! I paid for a limo for our group and had to pay an extra $100 for him to sit there and wait. Then on our way back you were delayed out of NAS. We were to arrive at MSP 3:45 - we didn't arrive until 4:45 and our luggage didn't come out until 5:45. On the flight back we finally had entertainment but no headphones were offered.
2/10

✅ Trip Verified | Ft Myers to Minneapolis. Do not fly this operation unless you are in a pinch or financially strapped. They are by far the worst! I wouldn’t even call them an airline. It’s a charter operation. Customer service is poor, they are habitually late, they nickel and dime you for everything. There is a reason that after almost 40 years in business they only have 25 airplanes and 350 pilots. I will hopefully never have to fly Sun Country again.
1/10

✅ Trip Verified | Dallas Ft Worth to Minneapolis. Decided to fly Sun Country despite being three hours away from the nearest airport because the rate was so much less expensive. We were supposed to depart at 7:30 PM on February 9th. Throughout the day I received delay notifications via email, the final one stating the flight would leave at 11:30. Around 7 PM we were notified the flight was being canceled and rescheduled for the next morning at 10:30 AM. Food vouchers were offered. The next morning the 10:30 AM flight was again delayed with no explanation or updated time. Given I was going to miss my 1 PM meeting in Minneapolis I canceled my ticket and drove the three hours home. I wasted a lot of time, gas, and expenses for nothing. I will never fly Sun Country ever again. The Sun Country employees in Dallas did not make the situation any better. There was little to no communication and they seemed to be entertained by our frustrations. One employee said to another she was very happy to get the extra overtime pay.
11 to 20 of 248 Reviews