"quite good value of money"

✅ Verified Review | Sriwijaya Air have quite good value of money for this flight from Silangit to Jakarta. There are other airlines with better amenities flying the same route, but Sriwijaya is one of the few who is doing the direct flight. The worst gripe is that some of the flight attendants are really not professional. The flight attendants generally is bugging the passengers to buy from the inflight shop, which costs lots of money. One of them even sit beside the passenger to ask the passenger to buy the item. While the passenger is also on fault for not rejecting this behavior, the actions of the FAs are not professional at all. The food is not good. The seats are pretty standard in Indonesia. The ground staff at DTB is quite nice and quite quick in checking us in.
6/10

"this new route is promising"

✅ Verified Review | Tanjung Karang to Yogyakarta is actually a new route. I was required to fly from Bandung to Yogyakarta, but as an aviation geek, of course I wanted to fly the longest and farthest. I found that an early flight to Tanjung Karang from Bandung is possible to be connected with Sriwijaya Air's flight to Yogyakarta. So I booked it. How was my flight? Departure time was 15.20 LT. But when I arrived at 13.20 LT to secure my favorite seat (emergency exit, window), I was told that there would be a delay. I was expected to fly at 17.00 LT. I didn't mind, especially as beside me, there were 150+ passengers of Lion Air who were supposed to fly at 08.00 LT to Jakarta but still stranded at the airport. A 1 hour 40 minutes of delay for me was fine. Check in went smoothly. I got my favorite seat. The ground crew gave me snacks for the delay compensation. I boarded first. The flight went okay. The food was nice (a cup of water and a slice of cheese bun). Getting my baggage was another story. The conveyor belt was merged with NAM Air's flight from Jakarta. It took 35 minutes for me to grab my luggage. Overall, this new route is promising. 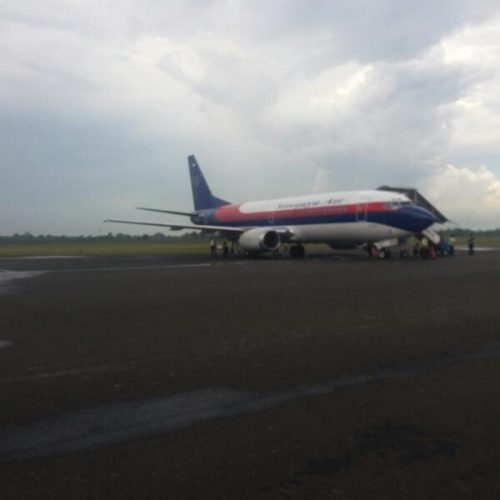 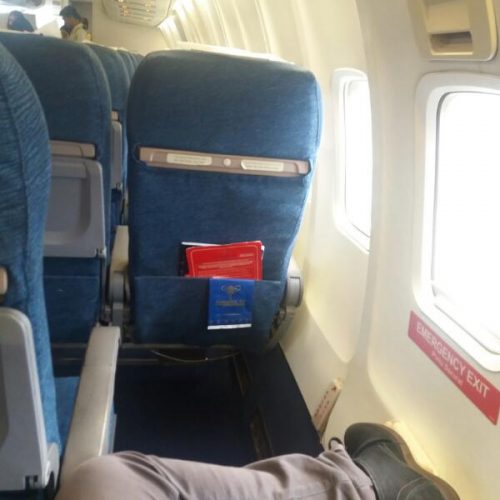 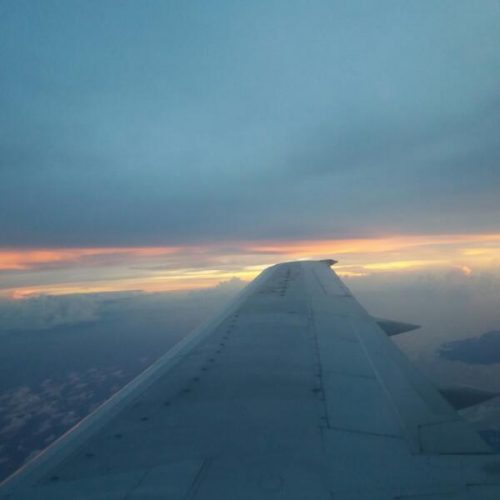 "better airlines to use"

✅ Verified Review | Denpasar to Jakarta. Terrible service. Was supposed to depart at 4.20 pm from Bali and arrive in Jakarta around 5.20 pm local time. However when I arrived at the check in counter at Denpasar Bali Airport they told me the flight had 1.5 hour delay. I thought OK not too bad as my international flight that I was supposed to get from Jakarta to Istanbul will be at 8.30 pm so even if the time will be tight I could still make it if I arrive in Jakarta at 7 pm. However the flight then had two hours delay at the end and left Bali airport around 7 pm. Obviously I lost my connection to Istanbul from Jakarta. I went straight to the customer service of Sriwijaya airport based at Jakarta airport and they gave me no apologies regarding this matter - no compensation, no help to get me a hotel to stay overnight in order to take another plane to get me back to Europe the next day. They simply said they cannot do anything about it. I can understand 30 minutes or one hour delay but two hours is a bit too much and such a bad customer service I have never experienced in my whole life and I travelled a lot. There are so many other better airlines to use like Garuda or AirAsia and so on. Don't rely on this airline!
6/10

"price is quite affordable"

I had a flight last week from Yogyakarta to Jakarta with Sriwijaya Air. Check in staff are very friendly. I asked where the airplane coming from and she replied with a smile. The flight was delayed about 10 or 15 minutes due the traffic congestion in Yogya. With an hour flight, I got a tango snack and a cup of mineral water. The seat was good, and the airplane little bit hot at that time. My main criticism is to their cabin crew, which is not quite friendly enough. One of the staff doing the safety demonstration did not have any smile or attract any attention from the passengers. I think they should smile a lot during the flight. Overall, the flight is good and the price is quite affordable.
8/10

✅ Verified Review | Jakarta to Pangkalpinang with Sriwijaya Air. Great service for low cost carrier. 30 minutes before flying we are already asked to boarding and push back on time, but due the traffic in Jakarta we are delayed 10 minute for landing Cabin staff very friendly, warm smile and helpful. They help passengger to find their seats, and help to put on the hand baggage to the compartment, its very effective to manage the crowded when the passenger get on board. The snack on board fair enough for less than 60 minutes flying (sweet bun and cup of mineral water). The entertainment on board is only a magazine and newspaper (for free). The services was more than I expected. The cabin clean enough, and for the leg room is better than Lion air / Air Asia. The inflight shopping cost is reasonably priced. Cheap, great, touching and humble airline.
10/10

First time flying on Sriwijaya Air from Surabaya to Jakarta. The flight was precisely on time. Surprisingly inflight the cabin crew distribute some snacks for us. Previously we never thought that Sriwijaya Air give snacks on their flights. Their inflight shop items also reasonably priced.
1/10

I had a flight to Jakarta that arrived at the airport at 12am, so I intended to wait until my 6:40am departure flight at the airport. When I arrived at the terminal I wasn't allowed to enter yet to check my bag, so I spent the night outside the terminal. The update beside my flight never said 'gate open' or 'now boarding' as some of the others did, so finally at 6:00am I went into the terminal, where I was told my flight was not going to the city (Malang) I had paid for because their airport was closed, so I'd be taken to Surubaya instead. Because there was no update outside I didn't even have time to ask questions as the check in clerk took my bag and told me to run because boarding had already started. I just made my flight (ironic since I'd been at the airport for almost 6 hours at this point). Once onboard, there was no mention of the new destination or what was going to be done for passengers. As I de-planed, I asked the stewardesses, who told me I simply needed to find my way to Malang myself. I paid for a flight to a city, you gave me no warning that I would not arrive there, and then you tell me 'too bad, figure it out?' After I collected my bag (which had tags to Malang by the way), I found the Sriwijaya office and asked the man working there what the airline was going to do for me. His limited English made it a problem to communicate, but essentially he said the same thing as the stewardesses. When I approached him again to ask if he could at least tell me how to get to Malang, he couldn't help me. Thank goodness for another traveller that was in the same boat as me - he 'took me under his wing' and helped me get on a shuttle to the bus terminal (one hour), then through the madness at the terminal and onto the bus for Malang (2.5 hrs), and then to a taxi to my hotel (20 mins). Meaning that not only did I receive no notification that my flight had been changed, no assistance in reaching my actual destination, but it added almost 4 hours to my already 20 hour long commute from the Philippines.
10/10

Denpasar to Jakarta on Sriwijaya Air Boeing 737-800 with registration PK-CLT. Also my second flight with Sriwijaya Air Boeing 737-800. The flight was full. Departed from Denpasar on-time. Cabin crew are friendly with passengers and helpful. As usual when you fly with Sriwijaya Air, you will got some snacks or meal too (depending on distance, on this flight is a cheese bread and a mineral water). The cabin are clean, with comfortable seats, about 30 or 31 inch seat pitch.
10/10

Short flight with Sriwijaya Air, on a Boeing 737-800NG. The seat was comfortable with good legroom and with headrest. Even less than one hour flight, cabin crews still distributing us a snack (a muffin and mineral water) and also offering inflight-shop. The flight itself was smooth with nice takeoff and smooth landing. Recommended this airline.
3/10

In our experience the flights are usually running several hours late. We recently lost half a day of our holiday in Bali because of Sriwijaya Air delays - supposed to arrive early afternoon, but arrived late at night. You might need assistance from staff (eg families with young children, elderly people). We arrived at the (domestic) check-in 35 mins prior to departure, struggling with bags and two toddlers. We eventually got the attention of one of the ground staff, who told us we were too late (official policy is you should arrive 45 mins prior) and had missed the flight. Then he walked off and just left us. No help rescheduling to another flight, etc. Thankfully there is now a lot of competition in the low budget airline industry in Indonesia, so shop around. In this price range, we would recommend Citilink, which in our experience doesn't have the above problems.
31 to 40 of 52 Reviews