✅ Trip Verified | I really enjoyed flying PLAY because of its punctuality and customer satisfaction. The staff were very courteous and professional. Although the seats in the airplane were not too comfortable, we did enjoy the extra leg rooms. I just wish they would add more cushion to the seats. PLAY offers great value. 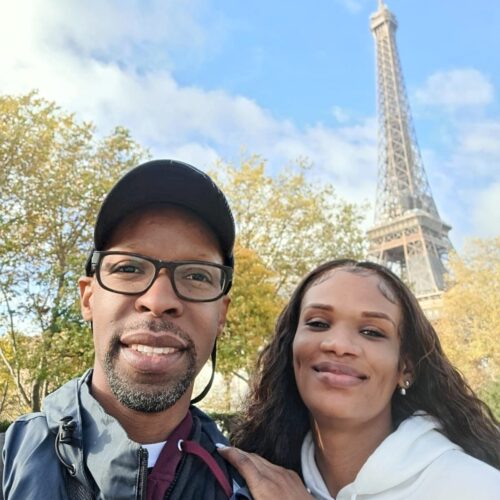 ✅ Trip Verified | For being a low cost airline it’s very comfortable, the aircrew is very friendly, everything in general was really good, the only thing I had a problem with was I bought a extra luggage that I did not use I was only asking to use that credit to instead buy a seat and they refused too. I think that after expending extra money they should be more flexible and help their passengers, not let them feel you are stealing from us and the only thing that matters is get more money from us, that made me mad and prefer other airlines with less restrictions not caring they are more expensive, they will treat me good.
10/10

"I would fly with PLAY again without a doubt"

Thank you so much for taking the time to write this review and let us know how happy you are. We strive to deliver top service and we love feedback like this!

"seats are a bit uncomfortable"

✅ Trip Verified | Really modern, quite spacious and nice cabin crew. The worst part has been the seats which are a bit uncomfortable specially the top part.

Thank you for your PLAY review! We really appreciate it and hope to see you on board with us again soon.

"Play did a fantastic job"

✅ Trip Verified | Play did a fantastic job. The website was flawless. The pricing was clear and logical - not to mention cheap. Customer service answers the phone in short order. All of our flights landed early. Short wait times between connections. Great flights all around. And the airports - at least in Iceland and in New York - were so convenient and easy to use. I really am astounded that such an airline exists. Great model - with flights from America landing early, then several connections a day to various European cities.

"The whole experience was appalling"

✅ Trip Verified | Incredibly disappointed in this airline. I was made to pay €80 at Stansted for my carry on. They charge you at the airport gate for any luggage bigger than a tiny handbag even though tickets state you are allowed a personal item. Furthermore, I had 2 flights and we were not given a drink of water - for an almost 7 hour journey. I don’t expect food on a budget airline, but water at least should be offered for a flight that long. The whole experience was appalling. Long story short, I won’t be flying with this airline again.

Thank you so much for taking the time to share your experience with us. We certainly strive to deliver the best service possible and we are very sorry to hear that you were unsatisfied with our service on your recent travels with us. We appreciate your feedback and really hope you will give us another chance in the future.

"charge us for everything"

✅ Trip Verified | The staff was pleasant and the plane was clean. The price it was advertised as cheap but then you charge us for everything. Bags, carry on, food, drink. Then you don’t provide any entertainment. So you charge about $800 for a flight that you can’t even get a glass of water or a snack included. Then because of a layover you charge double for bags. The only nice thing was leaving from Stewart airport.

Thank you for your feedback. We’re sorry to hear that you are unsatisfied regarding your experience with PLAY. We are a low-budget airline and therefore we need to charge for extra services. This suits many of our passengers and we are sorry to hear you feel this way but thank you for your feedback. We appreciate hearing from our passengers in order to improve and we will take this into consideration. All the best, PLAY

"ultimately, it’s not worth it"

Not Verified | I am not satisfied with Play. There are no self-service kiosks. I could not add my known traveler number. Play does not have an app for customers to receive real-time updates. Certainly, the inexpensive flights are attractive, but the airline is too inconvenient. So, ultimately, it’s not worth it.

Thank you so much for taking the time to share your experience with us. We certainly strive to deliver the best service possible and we are very sorry to hear that you were unsatisfied with our service on your recent travels with us. We appreciate your feedback and really hope you will give us another chance in the future. All the best, PLAY

"Not enough time between transfers"

✅ Trip Verified | Not enough time between transfers. They failed to take "Boarding" off the roster and I did not make it in time. This was because I was directed by an airport worker to go all the way to "Arrivals" between flights which was incorrect. By the time I got back the gate had closed 5 min before and they turned me and others away, telling us to go elsewhere and buy another ticket out. Ours were worthless and they were not willing to allow us on the plane, which was still being boarded on the tarmac. 40 min between two long international flights isn't practical. When I went to the help desk for Play, I was told I should have been able to make the flight and that all others had made it. When I told her that wasn't true, she stated again that I was. I reminded her I'm not deaf or blind, and that the very last person she had at her counter was there because she too missed this flight for the same reason. She told me she wasn't able to credit my ticket, so I moved ten feet down the line and bought one from Icelandic Air (way better than the other three flights I had on Play). I did the wrong thing by trying to go with an economical, new airline. It ended up costing me over $1,000 to correct this. Other things to mention is that they don't offer long layovers or open jaw flights. Too new for me, and I suggest you let them work out all their growing pains prior to flying with them. Pack some beverages because they don't even offer water. No gluten free food options, just candy so pack hard if you have dietary needs because there is NO TIME to eat between flights. No in-flight entertainment .

Thank you so much for taking the time to share your experience with us. We certainly strive to deliver the best service possible and we are very sorry to hear that you were unsatisfied with our service on your recent travels with us. We appreciate your feedback and really hope you will give us another chance in the future. All the best, PLAY