Not Verified | Kuala Lumpur to Langkawi. Today we tried to cancel flights for this weekend to Langkawi due to the latest Movement Restriction Order in Malaysia. We live at Genting Highlands and the Government is telling everyone to remain at home to help stop the spread of Covid-19. Malindo Air only offered to give back approximately 80rm on tickets which were purchased for approximately 1200rm. Given the crisis the world is facing at present I believe this is inappropriate and totally unfair that Malindo Air are not supporting the government’s orders on the current restrictions.
1/10

✅ Trip Verified | Jakarta to Kochi via Kuala Lumpur. Pathetic customer service. They cancelled our flight from to Kochi and even not ready to tell us other options. Not even helping to get transit visa to board another airline. Pathetic and poor customer service and even flying experience is too bad.
9/10

✅ Trip Verified | Hong Kong to Kuala Lumpur. I recommend this airline. Spacious seat, clan aircraft, flight was smooth and comfortable. Only one minus - small portion of purchased meal
1/10

"will never fly this airline again"

✅ Trip Verified | Sydney to Bali. I received an email a week before from Malindo airlines, changing my return journey by 3 days. With no alternative but to rearrange my entire holiday. Their customer service was appalling as they had no idea as to what they could offer customers like me in distress. I will never fly with this airline ever again and I still don't know what I'm going to do with my flights.
2/10

✅ Trip Verified | Kota Kinabalu to Kuala Lumpur. This is the worse airline I've experienced. I wanted to change/cancel my flight, called the service centre but it seems she was no help. She made matter more confusing and she gave me the wrong info. But to make matter worse, i got my luggage damage, try to file a complain, but they said i got no insurance so nothing cant be done. I understand that part, but i had to travel far back and forth to the lost and found department, holding my heavy luggage, without any offer to help me carry them.
1/10

✅ Trip Verified | Kochi to Denpasar via Kuala Lumpur. Absolutely ridiculous luggage policy! Airline wanted to charge us $500 for one bag (30000 Indian rupees / 15 kilo) during the checkin process, even though we had already paid 10 kilos before checking in (6 months prior to travel). Even worse, we tried to purchase the additional luggage the same day through the website and the servers didn’t allow us to complete the purchase. We eventually had to upgrade to business (to Kuala Lumpur) to take the bag at a rate of $260 for the upgrade. In addition to that, the Customer support service over the phone was poor. Many disconnects. Had to wait over 30 minutes and call back at least 5 times when we were purchasing the 10 kilos in advance. I will request a refund for the $260 charge.
8/10

"empty seats made for a comfortable flight"

✅ Trip Verified | Kuala Lumpur to Jakarta. The only trouble was at boarding, where despite having checked in online and told to go straight to the gate, I was held up for document check and have a paper boarding pass printed. Plane departed on time and arrived 20 minutes early. Plenty of empty seats made for a comfortable flight, though aircon was a bit too cold.
1/10

✅ Trip Verified | Denpasar to Kuala Lumpur. This is the worst airline I have ever seen. Their baggage policy is ridiculous. During their online-check-in, there is no option to add additional checkin luggage. Once you have checked-in then, they only allow you to add luggage at a price that is ludicrous (around 14 AUD per Kilo, which is ~7/8 EUR). Talking to the customer service hotline, there is no way to reverse your check-in or add luggage (even if it’s couple days before departure), so you’re forced to pay their luggage pricing. If you are traveling with Malindo make sure that you add luggage at the time you are booking the tickets (via trip.com this was NOT possible), otherwise I can only urge to avoid.
1/10

"Malindo Air is a disgrace"

✅ Trip Verified | Melbourne to Mumbai via Kuala Lumpur. Corona Virus is preventing me from travelling yet Malindo refuses to refund ticket purchased before the outbreak? I had trade shows to attend in India which have all been suspended due to Corona Virus. At the time of booking the Corona Virus was not an issue for these events. I have contacted Malindo and asked for a refund given: there is no point going because everything has been postponed and the Australian government cannot guarantee I will be allowed back into Australia without first going into quarantine for 14 days. Other airlines I was booked to travel with gave me a full refund without hesitation. Malindo Air is a disgrace because they wish to profit from the situation created by the Corona Virus.
1/10

✅ Trip Verified | Taipei to Brisbane via Kuala Lumpur. I wanted to purchase extra luggage allowances through the website weeks before departure and realized I could not. So I called the customer service and she told me that it was because I did not book my flight ticket on the Malindo Air website and if I needed to buy more I would have to do it via calls. However, I booked the ticket on the Malindo website. I could simply operate that extra allowance service online if the system did not occur such a mistake. Plus it takes 10 mins to wait in a queue to talk to the CS every time and the phone line is so unstable! Such a waste of time and money. However, before departure, I called in to buy the allowances and the customer service lady told me I could only clear the payment at the Taipei office or at the airport. So I asked the lady the opening hours at the office in Taipei and proceeded to pay for it. When I arrived at the office, the office was closed and obviously routinely away during weekends. Then I called again to ask whether I could simply clear the payment at the counter when check-in despite the paying-4-hours-before-departure policy. I was in Taipei when I made the call about six hours away before departure and I got my transportation to the airport all booked already. The airport is in Taoyuan. Therefore it was a bit of inconvenience for me to present myself 4 hours before departure just to clear the payment. I told the CS lady that I did want to purchase extra allowance in advance and made my actions to pay for it and all those showed that it was not a sudden decision. Anyhow, the CS lady insisted still I had to pay off the fees four hours before departure even after consulting with her manager. She sort of accused me that if I operated it online 48 hours before departure I could have paid it online despite that I tried to tell her it was not working even before 48 hours. This whole thing was really inefficient and highly unfriendly to customers. If you can make a remark about how many KGs I intend to buy, why can not Malindo simply make a remark allowing me to pay off the bill while checking in? Make passengers/customers to go to the airport 4 hours in advance just to clear the bill is pure nonsense. As my first experience with Malindo Air, it turned out to be the worst and the service was blunt. Firstly, the online ticketing system was poorly designed and considered my transaction done with an OTA. Secondly, the CS lady provided me false information and made me go to the local office that was always closed during weekends. Thirdly, the payment policy was so inflexible and unfriendly. Even worse, when I finished the flight with Malindo I found out my luggage was heavily damaged. And the goods in another check-in were also terribly hit. I've flown regularly but my luggage has never been treated that way with such strong force. 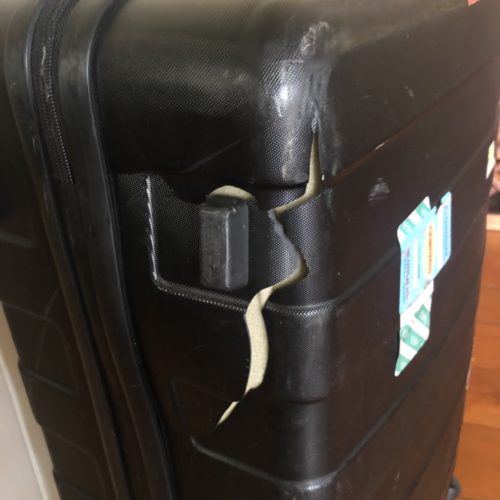 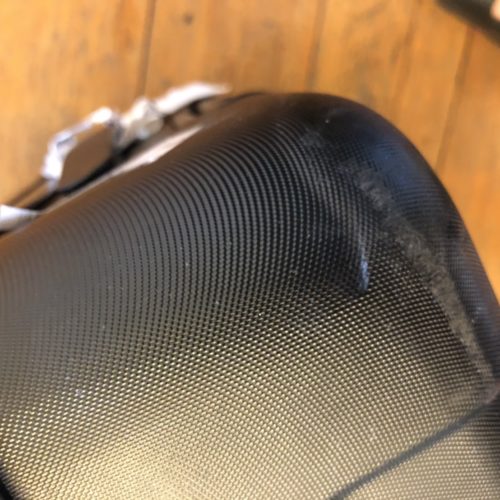 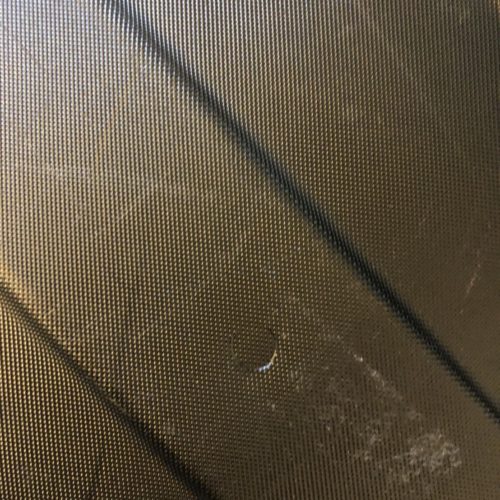