Bonaire to Aruba via Curacao with Insel Air. We had a very satisfactory flight returning home. The counter staff and cabin staff were friendly and helpful. We arrived on time. Economy seats are economy seats. The flights are too short for any entertainment, but they have a good flight magazine. As with other reviews, I agree that the sound system on the plane is inaudible. Most important, our luggage arrived with us at our destination, without damage. We would definitely fly Insel Air again.
7/10

"staff was helpful and good"

It is true that the flight started the boarding 20 min late, the airplane is not the newest and it is hard to hear the staff's alerts, because the sound equipament makes a lot of noise. But the amount that I paid for the ticket was good. The staff was helpful and good. The service during the flight was excellent, with complimentary food, candy and beverages. If you are taking the flight from Miami to Central-South America, I suggest you to fly during the day. My flight was in the afternoon and I had the pleasure to see Miami coast as well a lot of the Carribean islands. It is not all the flights that you take in life that will give this opportunity to you. The company's magazine is worth to "take home". They have an onboard raffle and stop the raffle when someone win!
1/10

We booked Insel Air nonstops from Aruba to Bonaire and back. They changed the flights to stop in Curacao both ways. We actually left on time and on arrival in Bonaire they said they did not bring the luggage. It was kept for weight. Anyway they said they would deliver it in the morning or we could come back and pick it up. We said deliver not realizing it would take 8 phone calls and 8 hours to finally get it. One man we saw said it took him two days to get his. 5 employees at the check in counter but only one working. The locals say bad service is the norm for Insel Air. There planes stink and they do not care about customers at all. They tell you what is most convenient for them. We saw other passengers treated poorly. I will do whatever it takes no matter the cost to avoid these guys.
7/10

Insel Air flight from Miami to Manaus via Curacao started boarding 20 min late. The airplane was not the newest or most high-tech and it was hard to hear the staff announcements because the sound equipment makes a lot of noise. However, for the amount that I paid for the ticket the staff was very helpful. The service during the flight was excellent, with complimentary food (which is rare for a 4-hours flight), candy and beverages (they stopped at my seat twice). If you are taking the flight from Miami to Central-South America, I suggest you fly during the day. My flight was in the afternoon and I had the experience of seeing the Miami Coast as well a lot of the Caribbean Islands. The company's magazine is made to "take home". Beautiful pictures, nice articles in Spanish and in English, and a lot of useful travel tips. The seats are old style, therefore your body will never be squeezed between your seat and the seat in front of you - plenty of space to relax. They also had an onboard raffle. 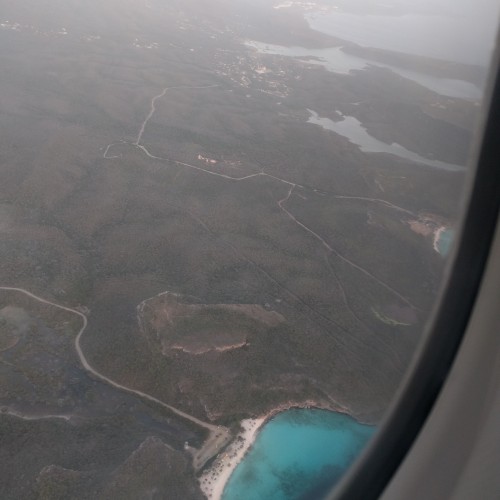 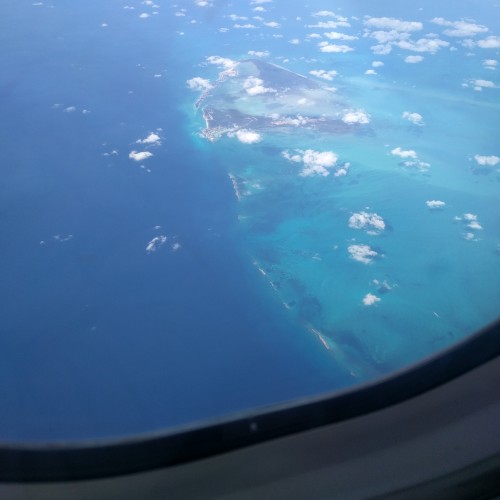 "think twice before you use"

Insel Air has to be the worst airline. Our bad experience started when we traveled from Miami to Aruba when our flight was delayed 7 hours, when we arrived to Aruba it was 1:00 am and had to pay $70 for a cab because the car rental place was closed. Then on our return flight on December 30th it was again delayed for 2 hours then when we finally took flight the airplane was returned to Aruba due to another malfunction, then we stayed in the airport another 8 hours and lost our connecting flights in Miami, the airline is using old airplanes from the 70's and 80's with visual wear and tear. The attendants at the airport are clueless to say the least, all the said was "I don't know". I really regret saving $180 per ticket compared to American Airlines for the same route. I guess that you get what you pay for. I someone ever thinks to flight to Aruba or Curacao think twice before you use this lame and awful airline.
1/10

The entire experience was a mess with Insel Air. First, they were checking in for later flights for at least 3 hours before my flight. Then, when it was an hour before the flight was scheduled, they started checking us in. At the counter, I was told that the 20h15 flight would now be at 1h45 in the morning. I was also told that I was a standby, which I was not as I had a confirmed ticket (I'm not the only one this happened to). They gave us no food vouchers. This was regulated and then I proceeded through security and at the gate, the board stated that the flight would be leaving at 2h45 in the morning. No reasons were given and no announcements were made. They eventually changed this again to 12:00am, and we boarded at 23h30. During the flight we were given the wrong customs card to fill out. This was overall a very bad experience and I along with many people on that flight will never fly Insel Air again.
1/10

Insel Air from Miami to Aruba on 11/21/2015 was delayed for 6 hours. Scheduled dep time was 15:00, actual dep was 21:00 - reason given was maintenance issues with plane. I had a connecting flight from Aruba to Bonaire (flight#431), which had left already at the time of arrival in Aruba. We, the passengers, were told that flight 431 would wait for us in Aruba for the flight to Bonaire, which was not the case. We were told that there is another flight at 9:00 to bring us to Bonaire, which was not the case either. We eventually were flown out from Aruba to Bonaire at 4:30 on 11/22 and arrived a whole day late. I booked hotel and scuba diving excursions which were lost to me. The return flight from Bonaire to Curacao (flight #302) on 11/24/2015, which was scheduled to depart at 7:00, actually departed at 09:00. The flight from Curacao to Miami on 11/24/2015 was scheduled to depart at 10:00, but was delayed again to 22:00, which was a 12 hour delay! Reason again: maintenance issues with the plane. I purchased a ticket on AA from Curacao to Miami, which departed on time at 16:20. I paid $219 for the AA flight back to Miami. I asked Inselair repeatedly to issue either a partial refund or voucher and/or pay for my return ticket form Curacao to Miami on 11/24 with AA in the amount of $219. The airline declined to offer any reimbursement for these extensive delays on both outbound and return flights. In my opinion, this airline is also extremely unfriendly with customers. The passengers were repeatedly lied to by the ground personnel and station managers in Miami and Curacao. We were repeatedly told that the plane from Aruba to Bonaire (flight #431) would wait for us in Aruba, which as not the case.
1/10

A quarter of an hour before departure we got the message that the Insel Air flight was cancelled. No additional information was available. All we got is a coupon for 8 dollar, and at Curaçao Hato airport not a single meal could be bought. Finally after a delay of 3.5 hours we arrived at Bonaire, for a flight of 25 minutes.
1/10

I traveled with Insel air June this year from Aruba via Curacao to Suriname. At the check-in counter I asked the lady to label my luggage all the way to Suriname. In Curacao I discovered that it was not done and since I was in transit they had to intercept my luggage and change labels. After 2 hours and repeatedly asking it was finally done. We had a delay of approx. 1 hour. The aircraft was pretty old and packed with embassy and refinery people and there was a fight about a seat police had to escort a couple off the plane which resulted in another 45 minutes delay. Cabin staff mishandled the issue and shouldn't have allowed the 'back and forth' scenario. My return flight date had to be postponed so I sent Insel Curacao an email followed up with calls to Curacao but the person in charge was never available. After a lot of calls and emails we never got an answer. I decided to fly SLM back to avoid more issues with Insel Air.
1/10

August 2014 Aruba-Curacao-Bonaire Bonaire-Curacao Curacao-Miami - All of the flights were late but without any explanation. In Curacao for the flight to Miami we could see the plane being loaded and fuelled over an hour before take off but they said they could only board one flight at a time and the three earlier flights to other destinations were late and we had to wait for them to board until we did. Took off nearly 1 hour late. On the flight to Bonaire we took off from Aruba nearly 2 hours late. When we got to Curacao we were rushed off the plane to the terminal through security and then rushed back onto the plane we had just come off!! When we asked why we could not have just stayed on the plane we were told they had not thought of that. Terrible customer service and some of the oldest planes I have flown on for a long time. My seat was coming apart on the Miami flight.
41 to 50 of 76 Reviews