"overall service of the airline was excellent"

Not Verified | I think the overall service of the airline was excellent. The flight was a bit pricey especially since I had a 6 hour layover for a flight from Charleston to Fayetteville. I also think due to covid the plane should be boarded from the back to the front due to space of the airplane and deboarded from front to back.
1/10

"waited over 45 mins for a single passenger to board"

✅ Trip Verified | We boarded on time and then waited over 45 mins for a single passenger to board. The fight is only 30 mins so we sat on the airplane on with masks on for longer than the actual flight for a single passenger, turns out it was an employee in uniform. Not sure why we had to wait considering we paid for this flight and they clearly did not. Probably wouldn't be as annoyed if not sitting for hours on end with this mask on.
3/10

"No social distancing at all"

✅ Trip Verified | They do not care about covid at all. Packed airplane elbow to elbow and they pretend a mask will help me against the virus. No social distancing at all which is law everywhere else except airlines and Walmart apparently. Put my life at risk over a few extra dollars. Never giving them my money again unless they refund me for the complete disregard for my and the other customers health.
1/10

"zero knowledge of their product"

✅ Trip Verified | Nashville to Charlotte. All the flight attendants was possibly the worst I’ve had in my life. Not only was they were rude, but had zero knowledge of their product, and super unprofessional.
1/10

"cost me hundreds of extra dollars"

✅ Trip Verified | Dallas to Springfield. Initial flight time was 10:30 am, 30 minutes into the flight they decided there was something wrong with the plane so we had to return to Dallas. We were then sent to several different terminals because the workers didn’t realize there is more than one town named Springfield. Finally, after an hour or so a replacement plane arrived, they decided that the plane was also broken. Several hours later we were offered nasty stale sandwiches as an apology for their continued screw ups. We were then able to board the third plane. This plane was randomly picked for the pilots to manually figure the weight of the aircraft. Imagine my surprise when they decided the plane weighed too much. People were kicked off the plane and we had to wait an extra hour and a half to remove some fuel. This garbage airline company cost me hundreds of extra dollars (hotel, rental car, food) because I then missed the following connecting flights and had to stay the night in Missouri. 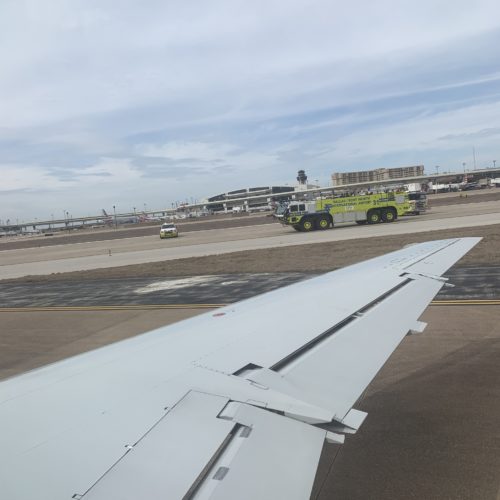 Not Verified | Charlotte to Birmingham–Shuttlesworth. PSA an American Eagle operator is killing the American brand. I have been rescheduled twice today on different flight to Birmingham because planes have maintenance issues and all they do is keep moving times out .. both have been knows for hours.. and now they are saying they don’t have the manpower to go get a new plane that is parked at another gate As a concierge key member of American Airlines I just wish the American leadership would start looking at these operators in American Eagle and cancel their contracts due to poor performance and terrible Customer experience. The worst I have seen in my 30 years of flying
1/10

✅ Trip Verified | Monterey to Providence via Phoenix / Washington. This was the worse flight experience in my life. Hours of delays, the aircraft was old and seats falling apart. I traveled from Monterey. The plane sat for over 30 mins after boarding. No weather problems. Then there was almost four hours delay in DC. Returning home there was a three hour delay in Phoenix. The toilet lights were not working. The WiFi was working. Everything that could go wrong happened. I will never fly American airlines after my next trip. It's been booked and I can't afford to cancel. I would rate this a zero if I could.
1/10

"cancelled flight or a delay"

✅ Trip Verified | Dallas Ft Worth to Amarillo. Pretty much done flying American. Every single time it results in a cancelled flight or a delay, and American shows no sense of urgency. They do not care. Not one bit. You cannot make plans when flying American because their planes are so old and things fail when time for take off. Highly suggest using a different airline.
1/10

✅ Trip Verified | Reagan to Providence with American Eagle. Flight was consistently delayed. Gate changed 2 times. Plane changed to a smaller plane. Was not informed of the smaller plane or that those with tickets in rows not available on the new plane would get bumped. Meal voucher given was declined when I tried to use it. Was not told original flight had mechanical issues and another plane was being used which had room for some of those that were bumped until I overheard other passengers talking about it. Worst experience ever.
2/10

"our flight also is delayed for maintenance"

✅ Trip Verified | Philadelphia to Wilkes Barre. While waiting for my flight 2 other flights delayed by American Eagle for maintenance. Then it’s our turn, 10 mins before boarding and our flight also is delayed for maintenance. Sounds to me like someone should take better care of their equipment/aircraft.
1 to 10 of 144 Reviews