✅ Trip Verified | Worst airport in India. Air conditioning doesn’t work. There are no restaurant and eateries in departure area. Our flight was delayed and we stayed starved and sweated for 3 hours.
1/10

"Very much disappointed and hungry"

✅ Trip Verified | Goa airport doesn't have food for the travellers. Just one food counter open which partially functional. This is the worst airport I have ever visited. It does not deserve any status of international airport. When I asked one of the staff here they said for last few days there was no food available. Goa being such a great tourist destination attracts many people from India and outside India. AAI should understand this and quickly take action. You can't expect people to eat frozen sandwiches. Very much disappointed and hungry. I would rather prefer railways or some other means of transport.
2/10

"there is no restaurant"

Not Verified | Traveling to Muscat on 29/9/18. Came 3 hours early to airport to avoid rush. All done and came to departure gate. Shocked to know there is no restaurant, no coffee shop and coffee vending machine. Nothing to eat except chocolates and water. One sandwich store is open but has no sandwiches. I am diabetic and hungry. The airport authority must do something about it. At least they can install coffee vending machines.
3/10

"what a sad experience"

✅ Trip Verified | Goa airport has expanded over the years and a new larger terminal is now in place. The new terminal however looks old and outdated already. You enter the terminal and all the check in counters are all over the place. There is very little to tell you where to proceed next. The security is upstairs and seems chaotic. Once you get to the departure hall, it's the most uninteresting and sad experience - a few overpriced shops and rows and rows of seats (most full). What a sad experience for such a popular tourist destination. WiFi was a joke.
2/10

"old airport though small, was much better"

✅ Trip Verified | It's a shame that the departure hall of the latest Goa airport is mosquito infested. The air conditioning is either inadequate or improperly designed or given to cost reduction at the expense of traveler comfort. Considering the fact that Goa is a prime tourist destination, the inadequacies I mentioned above are lamentable. I have resided in Goa for five years and feel a strong attachment to this place. The old airport though small, was much better in terms of passenger comfort. We have made a great airport but left the back door ajar.
5/10

"What a welcome to India"

✅ Trip Verified | Arrived Dabolim 16/02/18 on flight TOM548 with my wife. Bus to International Arrivals Terminal, long queue for passport-visa entry desk, official then processed our e-visas. All managed politely and efficiently, much the same as at any international airport, a vast improvement on our experiences there 10 years previously. Before leaving the secure arrival hall there was one money change stand run by a youngish female and a male. She stopped us and I said that I did not need money changed because I was going to get it from an ATM outside. She told me that the ATM outside was broken so I would need to get our money there. She showed me a card reader on the counter and said that she would give me 90 Rupees to the pound [GBP], which I knew was the correct rate. I said that I wanted 5000 Rupees and she gave me the card reader, told me to put my bank card in and enter my PIN. I took the card reader and saw that 55000 Rupees was the amount entered on it, so I did not enter my PIN. I asked why was 55000 Rupees shown and she said not to worry because only 5500 Rupees would be taken from my account. I again asked 55000 and the male said that I would get 5000 Rupees and the 500 Rupees extra was a new government tax that began in November. They were loud, impatient and insistant, and she waved a pack of Rupee notes at us. I did not believe any of this so I took my card and left. I went outside and the airport ATM was working. So I withdrew 5000 Rupees, was only charged for 5000 Rupees and I was not charged an imaginary 500 Rupees government tax. I am a male aged 70 years and I think that I may have been targetted because they thought that I was a elderly vulnerable victim. I would have had 50000 Rupees taken by these money change staff, which is a lot money [in GBP it is about £550]. What a welcome to India!
1/10

✅ Trip Verified | Goa Airport has got to be the worst airport I have been through. The immigration service desk is a joke, nobody seems to know whats happening, the place is only 4 years old yet it can't handle the latest planes. Via a walkway you have to "Q" to get on a bus to the terminal that is 150 meters away, the baggage conmen are too aggressive demanding money even after telling them you don't want your bags carried. The place is filthy, in the past we have been asked for money saying the bags are over when its the same bags with less in them going back, after taking a towel out it all a sudden becomes ok. We have been to Goa 7 times and the latest experience has put us off for life, the government needs to get their act together and sort it out. The departure experience is like going to hell from the minute you walk in to the minute you get on the plane. Pointless disorganised chaos. I got charged £2 for a 6 pence bottle of water we got delayed for 2 hrs because fighter jets were flying around training. 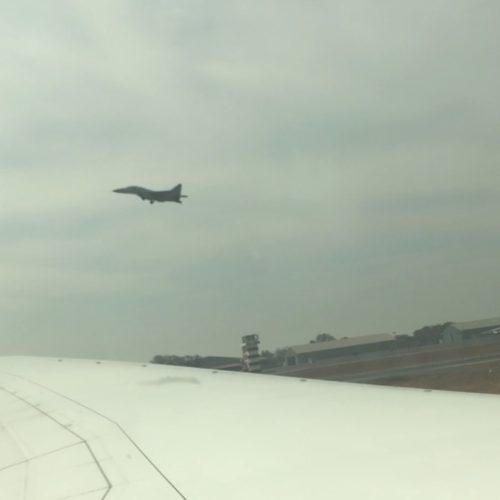 "What a useless airport"

❎ Not Verified | Get to the airport. Can't check in for another hour, and of course there's maybe 70 seats for the 250+ plus people here. What a useless airport. Sorry, excuse for an airport. Additionally the restaurants are of poor quality and the inside is a mess to try to find out where exactly you are going. Whoever designed this was an idiot.
2/10

✅ Trip Verified | Heavy traffic and only one food shop at departure lounge. Not enough seats nor recliners for long delays, hardly any take-off noticed in last 2 hours today. Should have proper cleaning, no auto Walker, this place attracts maximum tourist domestic as well international.
1/10

❎ Not Verified | Terrible, very poor infrastructure. Badly planned, congested and disorganised. One of the worst airports in the country. Only one catering counter charging exorbitant rates, complete monopoly. Why is this so? We need an answer from the concerned authorities.
11 to 20 of 67 Reviews