Not Verified | Hard to understand how everything is so wrong. Totally confusing signage for car hire return. Main car park full of lost drivers looking for car return. Why have Terminals A and B and then "billi"?. What does that mean? Had to dash outside airport main buildings to find what "billi" meant. Nearly missed flight (along with many others). Then headed into what can only be described as a tin roofed cattle pen crowded with other passengers and only seats for about a third of them and no toilet facilities. Great for the elderly and those travelling with kids eh? Passengers trying to leave departure lounge to seek toilets had to argue with understandably reluctant departure staff to gain access to facilities. Truly, truly a most unpleasant experience from beginning to end and looking at so many poor reviews, most people share this view. Only bright spot was security staff who were quick and very helpful.
1/10

✅ Trip Verified | Like most reviews of this airport, I have to agree that this is the worst airport I have ever flown from. I accept there is a new terminal being built however the staff process passengers every day, so, why there is so much confusion, misinformation and chaos in the departure lounge? Senior Management need to take control.
10/10

"It was so badly run and organised"

Not Verified | The worst airport I’ve ever had the displeasure of visiting. It was so badly run and organised I missed my flight because they had no screens to view the boarding gates past the security. Can you actually believe it? Their intercom system was so poor I couldn’t hear it. I don’t know how anyone with a hearing impairment or deaf could travel there as there is no way to tell if your gate had changed which happened me. I also saw people nearly miss their flight again the next day, which I have recorded, as evident of their utter disorganisation and passenger neglect. The airport have ignored all my calls and emails regarding reimbursing me for my flight despite all airline law requiring passengers should be able to review their flight status at all times. My rights as an airline passenger were denied time and time again by this airport and I would avoid flying into this airport at all costs.
1/10 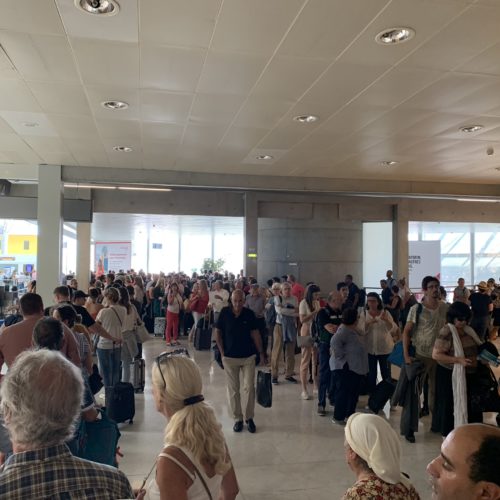 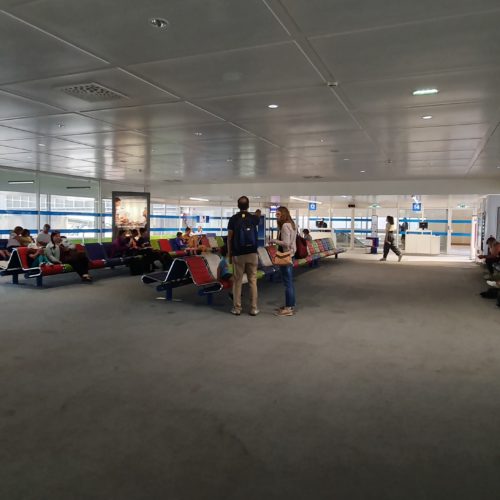 ✅ Trip Verified | This airport is quite a disaster in terms of infrastructure: There is a WiFi hotspot free for 2 hours but it doesn’t work properly, it keeps kicking you out of the network and make you register all over again. Somehow young people that work at this airport refuse to speak English with their customers. They do understand it and I believe English is taught in schools in France, but they don’t seem to see the reason why should an airport employee speak a language so that the customers can understand them (weird to say the least!) We are talking specifically about the Cafe Barista and the Relay shop. The employee at Starbucks spoke English and another one on the lower floor also.
1/10

"This airport is a joke!"

✅ Trip Verified | This airport is a joke! I have never seen anything like this in my whole life! The toilets were in horrible conditions, nothing was working, staff were super rude and didn’t speak english at all (I mean they work at the airport so of course they should speak English!). There was trash everywhere in this airport, I was totally shocked. Hopefully I will never have to come back to this place! 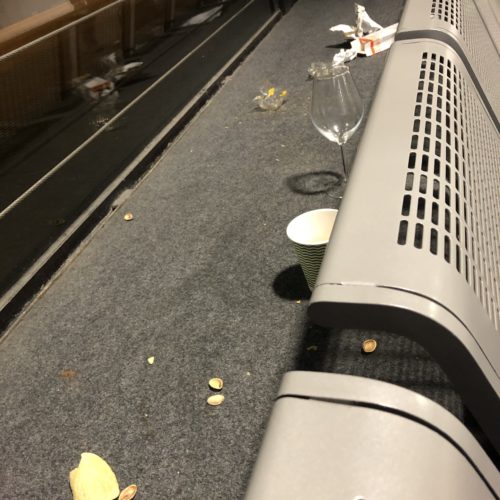 "Worst airport I’ve ever been to"

✅ Trip Verified | Worst airport I’ve ever been to! No air conditioning, no seating, treated like cattle. Once completed check in, we had to form a separate queue to drop our luggage off as no conveyor belt at check in to take hold bags. We waited and waited only to be told a fault with this baggage system too and we just had to wait it out. No advice given to people needing to get their flights. Eventually it started working only for when it was my turn to place my bag on the belt, the woman controlling it started yelling at me instructions about how to place the bag correctly. I speak French and so was responding but her instructions were very vague and I kept getting it wrong. She glared at me with no apology. I would have reported her there and then but due to the delay we had no choice but to rush through security. When our gate was soon announced we had 10 mins to get to our gate which was through additional passport control before the gate was closed. This took 10 mins so we just made it in time! We were then held in a cattle like pen for 20 mins with no seating and all closely confined until we were finally released and allowed to board. No seats for elderly or kids and no air conditioning. We love France and Bordeaux but would hate to use the Billi terminal again! As for the woman, I hope she serves back office from now on in, she shouldn’t be allowed to be public facing!
1/10

"it is best described as a cow shed"

Not Verified | Oh dear, terrible does not begin to describe our experience at this airport, in particular the ‘Billi’ Terminal (once you have found it). As previously by another reviewer, it is best described as a cow shed (tourists treated like cattle too). Toilets truly dreadful with the few ladies loos being cleaned for 20 minutes, cleaner accompanied by airport security to prevent frustrated tourists forcing an entry! Men’s toilets with flooded urinals. It was a hot and horrible experience and a terrible end to our French holiday. Should I return to France I will avoid this airport!
1/10

"an absolute disgrace of an airport"

Not Verified | What an absolute disgrace of an airport. I am giving 1 star because I cannot leave a zero star rating. After driving round in circles 4 times to find where to drop off our hire car, we then trecked 2 small children, 4 adults and 8 cases into the Departures building upon which there was no sign of an Easyjet desk, even though the door we walked through was emblazoned with their marketing material! Eventually found someone who knew where the desk was to be told it was actually in the 'Arrivals' building. More trecking downstairs, out of the building and to the other end of the airport to be greeted by a very large crowd trying to get into a very small space. We were eventually met at the door by an airport employee who refused to allow anyone into the building because inside was absolute chaos. Eventually, she told us to stay put and she then started to shout above the noise inside to attempt to get people into some kind of orderly state. We were eventually let in and after queuing for half an hour (with various arguments going on around us because of pushing in due to the lack of organisation) we arrived at the bag drop, our passports were checked and then we were directed to another queue to drop our bag! After an hour we were eventually able to go through security (yet another queue). We were then able to get to the boarding gate with a few minutes left to spare (even though we had arrived at the airport over 2 hours earlier). Thankfully the flight was slightly delayed, phew rather frazzled we boarded and just as the doors closed we were advised that we were unable to take off because a slot was not available and we then had a 2 hour wait on the tarmac. Never ever again will I fly to or from this airport!
11 to 20 of 154 Reviews