"waste of time and money"

Not Verified | Horrible customer service. Rwandair cancelled my return flight from Harare to Kigali due to the Covid-19 pandemic. When I contacted them to figure out next steps the only option they gave me was that they would reroute my ticket to a departure point that they are still flying from so I can connect to my final destination. Essentially, I have to buy another ticket on another airline to fly from Harare (to Nairobi for example), and then use the Rwandair ticket to fly from Nairobi to Kigali. Absolutely ridiculous! When I asked for a voucher or a refund they told me that their system is frozen. I try sending following up emails and they were ignored. Don't fly this airline if you can avoid it. Absolute waste of time and money.
2/10

"I was the loser"

✅ Trip Verified | Rwandair Business CAN-MUM-KGL-LUN-JNB return in February 2020. Flight cancelled due to Rwandan Government’s Decision to suspend flights from China. They corresponded slowly and offered rebooking with ET which was risky and was 2 days later leaving me in China. I suggested much better alternative with Thai and Kenya Airways which would fit me perfectly. After some days of discussion they agreed and I rearranged positioning flights. Less than 24 hours before departure they declined to pursue their own, new rebooking due to “ticket stock issues” (= no interline agreement with KQ). I then had to purchase a last Minute ticket myself on the suggested routing (confirmed by Rwandair-China in-country manager). They now refuse to refund that ticket which costed me 1750 USD. Small airlines cannot cope well with serious issues. They suggest to refund the original ticket which I cannot accept as it would leave me stranded in Africa. Original ticket bought 5 months earlier as [promotional business] and I intended not to forsake it. We were still negotiating in Kigali and I filed a case to pursue refund relentlessly. It was a tug of war. Eventually they just refunded the ticket but I was the loser as I had to buy new tickets in last moment for thrice the price of the ticket they suspended.
7/10

Not Verified | Kigali to London. Comfortable, quiet cabin with loads of room and a long lie-flat bed. Crew were kind, attentive and friendly throughout flight. Easily the best way to get to Rwanda from UK. What a refreshing change to see smiles and laughter in the galley! I recommend for a genuine and lovely Rwandan welcome.
3/10

Not Verified | This was our first time flying Rwandair and had chosen the airline due to a combination of directness of flight and price for the Lusaka - Tel Aviv route. Booking went well. Then on Thursday 8 January, the day of the flight, we received word 4 hours before our flight when our bags were packed and we were preparing to be at the airport 3 hours early that the second leg of our flight was canceled. The customer service rep explained they could put us on another flight on Friday 9 January arriving later Saturday 10 January. I explained that this was not possible as we had to be in Tel Aviv by 9 January as we were booked into a hotel with our tour starting early 10 January. Obviously this next hour was stressful but the Rep was able to find a flight using Turkish Airlines flights TK606 Kigali to Istanbul and TK786 Istanbul to Tel Aviv that would get us to Tel Aviv later on Friday 9 January. We were relieved and thankful for the kindness and hard work shown by Rwandair's Rep in making our tour possible. Upon arriving at Kenneth Kaunda Airport everything seemed to be going well until we entered the boarding area, only to find out the flight, WB107, was delayed. We were told the flight was delayed by 1 hour, then the 1 hour delay became 2 hours and then 2 became over 3 hours. Frustrated and tired we finally left Lusaka. This delay put pressure on us to make our connecting flight out of Kigali. Fortunately Kigali airport staff were able to rush us through security and we made our connecting flight after running through security. We were exhausted and stressed by all the problems but thankful to arrive in Tel Aviv in time to enjoy our tour. But things were to be even worse on our return flight. We were to leave Ben Gurion airport on Rwandair WB503 at 00:01 Friday 24 January. Again this flight was delayed by 1 hour. But given what had happened when flying with Rwandair to Tel Aviv on 8 January we were not surprised. We also knew that we had a 4 hour window between flights. We arrived in Kigali and were prepared to leave on flight WB106 at 10:10. As we waited in the boarding area it became apparent that we would be delayed again! This meant that except for our connection through Turkish Airlines every Rwandair flight going to Tel Aviv and coming home was delayed. Communication in Kigali was not good. Initially we were told not to worry as the delay would be 1 hour. But after much miscommunications and frustration our flight was canceled. Some passengers were angry and others crying. Finally we were told the aircraft was grounded due to technical difficulties and we were rescheduled to fly out on WB112 at 23:10. We were thankful that Rwandair decided to calm things by sending us to a hotel so we could rest, freshen up and have supper. But we couldn't believe that even after all this our last flight was delayed by about 1 hour. We fly Toronto to Lusaka four times each year. We have done this for the last 8 years. We have flown many different airlines with only 1 incidence of a delay. But our experience with Rwandair has taught us a this lesson - never fly with Rwandair as you will never know if they will be able to keep their commitment to get you to your destination in a timely manner. I want to be clear - We had no issues with the on flight service and would recommend Rwandair in this regard. But being able to keep time and deliver passengers to their intended destinations on time is of first importance.
2/10

✅ Trip Verified | Nairobi to Kinshasa via Kigali. This was my first and last experience. The plane seems consistently late for boarding. 30% of passengers had to file a baggage claim and over 50 bags sent on our flight were left unclaimed. They were for previous passengers. T Still awaiting my bag 3 days later!
3/10

✅ Trip Verified | Johannesburg to Lagos via Kigali. My first time flying with Rwandair was a worst experience ever that l received from any airline. On the 21 December 2019 the aircraft had to leave at 3am we ended up leaving OR Tambo airport in JHB at 6:30am. Delays do happen but what was so disappointing not even an sms was sent to notify us about the delay. What was worst as you check in nobody tells you about the delay, as soon as they finished checking us in we were told there was a 3 hour delay. Would it has been more professional if we were told before check in.Besides me and my 2 kids l had another 7 family members on board that l convinced that lets try Rwandair for the first time. Finally we left, as we were collecting out luggage in Lagos some of our luggage was left in JHB, l was on my way to Benin City which costed me to come back the following day for my luggage, all they say we are sorry about the delay. We stayed like fools at OR Tambo. We pay for our fares we need to be treated with dignity and respect. When we finally got to Kigali we were rushed with the announcement this is the final call for Lagos passengers, they could have made arrangements with customs that we go through first because they knew about the delay way early. The immigration slips were not even supplied during flight from OR Tambo we wasted more time completing that upon arrival in Kigali. Very disappointing experience.
2/10

Not Verified | Kigali to Nairobi. Horrible flight experience. The flight was delayed in JHB and then on arriving at Kigali, we had to wait for another 4hrs. Sad that no one seemed to care about the customers. We had kids and nothing at the airport is kids friendly. On arrival to Nairobi, the flight supervisor was so mean to my wife while trying to help our infant. Really disappointed as flying via Rwandair was my favorite route. Now am dreading my return flight to JHB via Kigali again.
2/10

✅ Trip Verified | Cape Town to Tel Aviv via Kigali. Worst ever flight - first and last time with Rwanda air. Delays of 2- 6 hours unexplained. No customer care at that delay time. Broke luggage - thoroughly broken and missing parts. Old plane, broken seat,no entertainment beside a Pakistani movie in a loop. Food is an Insult for airline food. Staff is friendly but need lots of training. Never again. 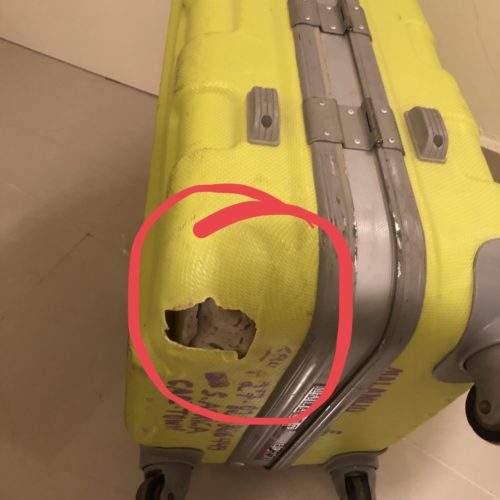 "This airline is sickening"

✅ Trip Verified | Nairobi to Accra via Kigali. True to the word cheap is expensive. First of all they lost a wedding gift and hence causing a great inconvenience to my plans. This is after crew at Kigali insisted that it had to go to the luggage cabin, Kigali to Accra, yet we had carried it perfectly fine as hand luggage from Nairobi. Second, someone broke into my suitcase damaging it and if that is not enough you have the audacity to attach a security check ticket. They broke my designer perfume, begs the question whether the check was based on security purposes or pure malice. This airline is sickening and the last time I’m using it. Totally disappointed client. 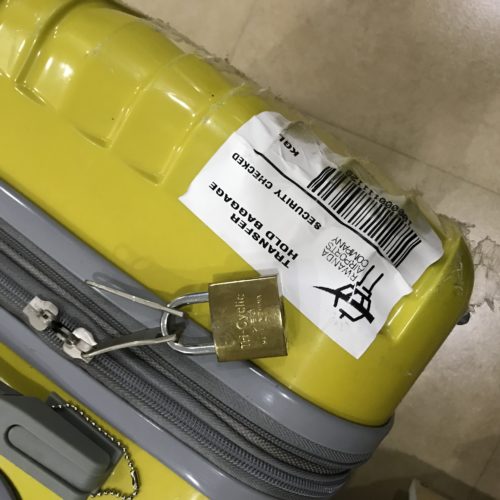 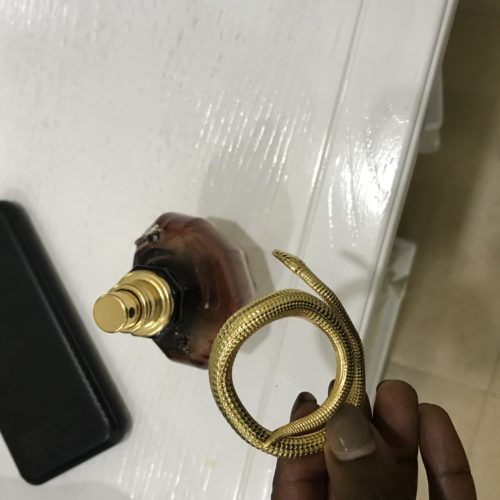 "don't use this airline"

✅ Trip Verified | Dubai to Douala via Kigali. I regret ever flying with them. I booked to travel and something came up and I have to cancel my trip. They said they can pay me back but I can open the ticket and use it in future which I did. Now I want to use it they are asking for more money more than the total money I paid before. My advice to people out there is this don't use this airline.
11 to 20 of 79 Reviews