✅ Trip Verified | Booked Precision Air via Travelgenio and paid extra to be able to change dates. When I requested to change dates both precision air and Travelgenio are asking me to pay a penalty more than the cost original ticket. They don’t want to refund or adjust dates. Will never recommend both or fly them in the future.
1/10

✅ Trip Verified | 3 cancelled flights in 2 weeks, completely unreliable. We had to book an alternative with another company and asked for refunds. None received yet and have no hope that we will. 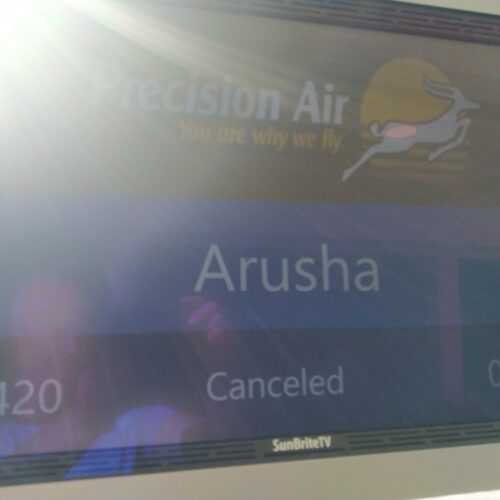 ✅ Trip Verified | Bad customer service. I ended up not boarding after rebooking my international flight. I emailed customer service a couple of days later for a partial refund. Initially I was pleased after I received a quick response. I was told I was to receive a refund but had to wait about 3 weeks for them to process it. I emailed them 4 weeks later after nothing had happened and two times later on. I neither received any response from them nor got my partial refund. Honestly, I call that stealing.
2/10

"7 hours waiting for the next flight"

✅ Trip Verified | "Kindly be advised that your flight PW436 on 13th September from Dar to Kilimanjaro has a delay. New departure time is 18:10hrs, arrive at 19:30hrs. We apologize for any inconvenience caused". This is the mail from Precision Air, 7 hours waiting for the next flight, thanks, no more! 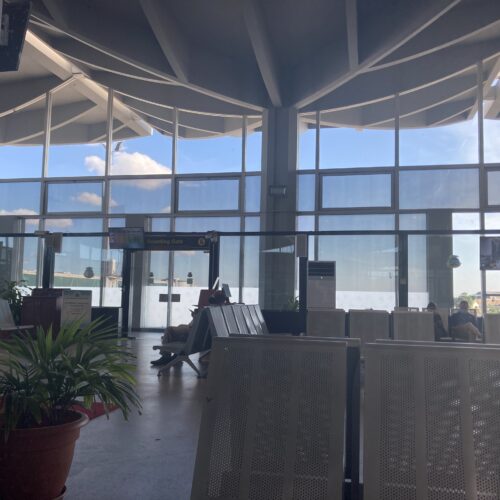 "I had a terrible experience"

✅ Trip Verified | I travelled with Precision Air on the 8 July 2021 from Nairobi to Zanzibar and unfortunately I had a terrible experience. Upon landing in Nairobi my connecting flight to Zanzibar was cancelled and I had to wait more than 12 hours at the airport. Upon arriving in Zanzibar my luggage was damaged and got broken into and had items stolen. I’ve emailed Precision Air numerous times since the 9 July with all my details and to date no one has assisted me. Today is the 30 July 2021
1/10

✅ Trip Verified | Precision Air: anything but precise. We had a terrible experience with Precision Air. On January 16, 2020 our 10.30 am direct flight to Zanzibar was canceled without explanation. We were told we would have to wait for the 1.30 pm flight to Dar es Salam then take a second flight to Zanzibar. There was no compensation offered for the delay or for substitute flights, which were less expensive than the direct flight we had paid for. A few of the passengers were given a second boarding pass for the leg from Dar es Salam to Zanzibar but we were not and also a few other passengers we spoke to also didn’t receive a second boarding pass. We spoke to gate agent twice, but she insisted that we were staying on the same plane in Dar es Salam and continuing on to Zanzibar did not need a second boarding pass. On board the aircraft both the pilots and the flight attendants assured us that the plane was NOT going to Zanzibar we would have to change planes in Dar es Salam. One flight attendant told us our transferred for us and the other flight attendant told us that we would half to pick it up and transfer it ourselves. In total, we lost a day of our vacation and the cost of the more expensive direct flight which we were denied access to. I contacted the airlines before posting this and received no response. We will never fly Precision Air again.
6/10

"Anyone else would be better"

✅ Trip Verified | Zanzibar to Dar es Salaam. One thing I liked was that we were loaded by 0610 and departed even though the flight was not scheduled to depart till 0640 but when we arrived into Dar my bag had not been loaded. Why leave early without the bags? They had another flight arriving around 9 pm, but I was scheduled to depart back to the US at 10 pm. At 915pm I called to see if my bag had arrived, which it had so I requested them to get it on my flight. They advise they would not, that I would need to come and get it. I advised there would be no way that I could come and get it and get back through security before departure, they still refused to transfer my bag. Fortunately, I was traveling in business and was in the lounge. I advise the lounge that Precision refuse to transfer my bag, so they tried, with no success. The club then escorted me to the terminal to get my bag and then escorted me onto my aircraft with 10 minutes to spare. It had been very stressful and if I had been traveling in coach would probably never had seen my bag again. I have never experienced such bad service. It would be one thing if it was a cheap flight, but I paid quite a bit for that short 20 minutes. There are other flight options. Anyone else would be better.
2/10

"This airline is a disaster"

✅ Trip Verified | Zanzibar to Nairobi with Precision Air. I have to agree with others: This airline is a disaster. We also had to purchase new tickets when the original flight was cancelled (apparently there is no rebooking, even when the mistake was theirs!). I had flights cancelled both to and from Nairobi. They are unconcerned about the extensive costs that their cancellations causes, through the insanity of having to buy new tickets to fly on rebooked flights due to their cancellations, to the cost of rebooking international flights because they are missed due to delays. Avoid!! Just grateful we arrived safely.
3/10

"My bag was left in Nairobi"

✅ Trip Verified | Nairobi to Dar es salaam. I was rebooked on this flight by Kenyan Airways, due to Cancellation of KQ 488. My bag was left in Nairobi and up to now I have not received it. After many followup calls Was informed that my bag was found and it would arrive on the night flight of 17th June and delivered to me on the next morning. After that it became a nightmare again, as I was made to endure another day of 18th June until 2230 Hours only to be informed by Precision Air Officer that the driver could not come due to traffic jam ,hence cancelled the trip and will ony be delivered on 19th June ... I Was fulstrated because The driver was elusive and kept on calling me and informed me that He ws on the way and trapped in heavy traffic jam e nroute to Mbezi. Which was Not the case. He then dissapeared completely. I am putting this review , because it is more than once that my Trip with PW from Nairobi has the same problems on luggage and local deliveries
1 to 10 of 81 Reviews