"I would never recommend"

✅ Trip Verified | Ho Chi Minh to Buon Me Thuot. One of the worst airline I have ever experienced. This airline is trying to find more ways to make money out of their customers. I would never recommend anyone to use their services. Please save your money and fly with some other airlines
2/10

"no room for legs at all" 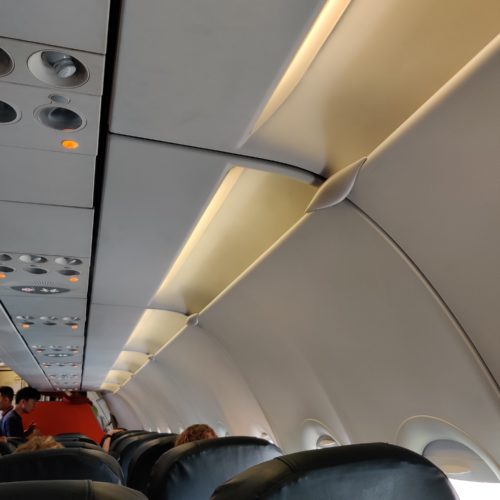 ✅ Trip Verified | Our family of 5 travelling with Jet star from Queenstown to Auckland. Online checkin system allocated our family to 5 individual seats, which mean an infant will be on her own siting between 2 males. We went in to ground service desk, the service was absolutely shocking. We were in the processing of getting seat rearrange with staff her jetstar colleague on the next counter came and stopped her, said to our her they need to paid to choose the seat when making the online checkin with a condescending tone. The staff suddenly changed the tone told us its a full flight. We offer to pay to choose the next to each other seats, the senior looking girl started raising her voice: Sir we have other passenger to serve. Later the members siting in the front find rows of empty seats, so the child was safe. We sat at the back individually till landing. Jer star will take every cent they could possibly make on their customer. Ground service personnel was telling every at the gate to weight their belongings. Hand bags was even weighted and tagged. Its a waste time exercise, over weight carrier just pull content out of the carry on and put on themselves, Jetstar personnel was allowing this happen in front the scale.
4/10

✅ Trip Verified | Ho Chi Minh City to Da Lat. Based on previous flights on this route, I had already expected a delay between 1 and 4 hours, and I was right: 2 hours delay. So I tried not to stress myself. Not much announcement from the company (like email, SMS). Even the captain did not bother to say something. The check-in staff was friendly but they weight anything that moves. Be prepared! They also retain your ticket and passport until your checked-in luggage is scanned. You can check-in online and it is nice that they assign the seats together even if you did not book seats. The plane was relatively new (2 years old).
1/10

✅ Trip Verified | Ho Chi Minh City to Nah Trang. We arrive at Tan Son Nhat airport at 6.00am on the day of departure which was scheduled for departure at 7.40am. The queue was of considerable length, by the time we had reach the boarding/check in counter it was 6.45am, then was told that we needed to change our baggage weight between checked in and carry on to comply with their requirements.( our carry on was 1kg over for each of us 2kg in total we then repacked our case to obtain the correct weight for boarding luggage) After completing that we re- waited in line to get boarding passes, once that was done then told to wait 10 minutes to ensure checked in baggage had cleared the scanner, by this time it had now got to 7.05am Then lined up to have our hand luggage scanned to pass on through to the departure lounge. This queue was of considerable length because of only two scanners at the departure entrance, only one was in operation at that time. Our boarding passes showed gate 3, so headed directly to the gate and waited. There was a few minutes and we started to think something was no right so checked the departure board to find our gate had changed to gate 2 We then went directly to gate 2 to be told we were too late for departure that closed at 7.25am. At this time it was 7.33am. We were then told to head back to the Jetstar desk, they then told us we had no choice but to wait till the next day, would we like to book a ticket for that. For very obvious reasons we were not happy with this and said as much, the reply was we had arrived at the departure gate too late, they had called our flight and gate change over the public announcement system 3 times which we had never heard, the only flight I had heard was for flight #BL366. After a few minutes of consideration and checking other available flights we asked for a refund of which we were given & bought tickets with another airline. Have had a few issues with Jetstar over time but this is now a time that I would recommend steering clear of Jetstar if at all possible. The only thing that keeps people boarding their planes is their cheap prices but to what benefit is that if you are treated so poorly.
1/10

"legroom was the absolute minimum"

✅ Trip Verified | Check in was efficient if incredibly impolite. Boarding was shambolic with travelers with children being sent down the stairs first then trampled once the way to the runway bus was opened. Passengers with huge amounts of carry on luggage then pushed up and down the aisle stowing sacks and boxes. The legroom was the absolute minimum for a 1.8m tall person - any limb protruding into the aisle was rammed by the drinks really from behind. As we came into land my child felt sick. Of the six chairs in our row there was only one sick bag. The luggage was thrown into the belt (we could watch through the window). We had one case damaged and considered ourselves lucky. Never again. 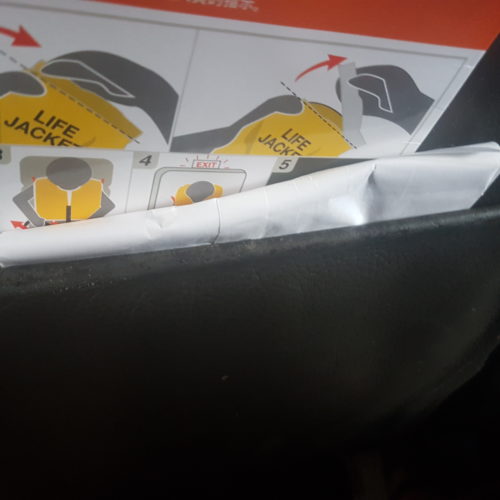 ✅ Trip Verified | Danang to Ho Chi Minh. Without doubt the worst airline I have ever flown with. They had changed the flight time 3 times before even the day of the flight. Then on arrival at the airport they had one check in clerk checking in two full flights. To put that into perspective that’s over 400 people. Then the flight was delayed by 20 mins. Which actually turned into 2 hours. The locals won’t fly with Jetstar Pacific and now I have lost all confidence with this airline. Wouldn’t recommend.
1/10

Not Verified | Ho Chi Minh City to Hanoi. Delayed both ways, very uncomfortable seats. The worst is that even if the plane stops at a gate with a skybridge you can't use it and need to take an overcrowded bus to get to the terminal. And tickets are not super cheap.
2/10

"weight above the allowed limit"

✅ Trip Verified | Hanoi to Danang. Terrible airline and not necessarily cheap. I assumed luggage size and weight would be acceptable since me and my wife just had a backpack and 1 suitcase combined (carry on size) at the last moment before getting aboard one of the staff pulled my back to tell me to check my weight. The weight was above the allowed limit I felt like this was a last minute cash grab. We were given the option to pay extra to have the baggage taken into checked baggage if we paid about $22 USD. Beyond this there is nothing good on the plane and no free food to eat.
1/10

✅ Trip Verified | Hanoi to Ho Chi Minh. Awful first and last experience with Jetstar Pacific. Flight was delayed by 40 mins (not bad I know). Bags were slightly over the tiny 7kg weight allowance which was fine on the way here, but made to pay to check them in on the way back. My main problem was the staffs awful attitude and the fact the plane smelt like stale urine.
11 to 20 of 110 Reviews