Frankfurt to Windhoek with Air Namibia. Overall a nice flight, friendliness of staff above average. Food / drinks above average. Selection from 3 different meals, quick service, drinks (also with alcohol) before and after the meals. Age of the aircrafts under 3 years - means almost new. Entertainment system with high-res 10" adjustable screen and some new movies at every seat. Seat legroom average. Newspapers / magazines only for business class.
3/10

"not a care in the world"

Lusaka to Cape Town via Windhoek. I booked this ticket on line, about 4 weeks before the departure date. I had to phone the Air Namibia call center after booking as I received a confirmation email but not the e-ticket. The night before the departure, around 20:00, I received a call from Air Namibia informing me the flight had been cancelled due to an operational issue (most likely not enough booked passengers) I was given the option of being re-booked on any of the daily flights on South African Airways to Johannesburg and then Air Namibia to Windhoek. I chose the 13:25 flight and was told to pop into their office at the airport to collect my new ticket as it would be waiting for me. Unfortunately it wasn't and it took three hours of sitting around and a final mad rush to board (ever walked onto a plane where everyone has been sitting waiting to see what idiot has held up the flight?) Anyway, to cut it short, a journey that should have been 4 hours (check in and flight time) ended up being 11 hours. Air Namibia, not a care in the world.
1/10

"if I was offloading myself"

✅ Verified Review | On 8 September I flew to Windhoek. I departed Johannesburg on SW722 at 06h40 and was due to return on SW729 at 1735 the same day. The tickets cost me ZAR 4,854.94 in total. My meeting was very short, so I decided to return to Johannesburg earlier. I went online and changed the time of my flight to 14h55. At this time, there was no option to change anything other than the time since the website showed that all economy seats were sold out and that there were only two Business Class seats free. It cost me ZAR 1,230.95 to change the ticket. When I arrived at the airport, I went to collect my ticket and received my boarding pass without incident. My seat was now 11A. I got to the aircraft and found that I was now directed to an Economy Class Seat. I queried this with the cabin staff and they told me that I chose to pay R 1,230.95 and to convert my seat to economy. I asked how this was possible - they were unable to answer. They even checked my printed ticket that I still had with me and agreed that I had initially booked a Business Class ticket. I then also noticed that there were in fact about 8 open Business Class seats and about 20 open Economy Class seats! In the end, they crew was so adamant not to allow me the benefit of sitting in those "special seats" that they delayed the flight by over 20 minutes and made everyone wait. I made it clear several times that I will not delay other passengers over this and suggested that I be refunded and that I have my later Business Class ticket returned. The staff eventually asked me if I was "offloading myself" and told me that - if I get off, they could not guarantee that I would have the seat I paid for, on the later flight! In the end I was forced to sit in Seat 11A and told that I could fly home and that I could contact Air Namibia for a refund later.
10/10

"very good airline for the budget"

Frankfurt to Windhoek. I was surprised by Air Namibia. The airline offered a super service and you could watch many movies, the service of the cabin crew was great, the stewardesses have skilful English and German which helped. Generally a very good airline for the budget.
4/10

"no reason communicated to passengers"

✅ Verified Review | Johannesburg to Windhoek. After one and a half hour delay no indication given of the actual time the flight will depart. No reason communicated to passengers. All consecutive plans made had to be rescheduled. Quite unprofessional considering the amount paid for this flight.
1/10

"told we have been bumped from flight"

✅ Verified Review | Luanda to Cape Town via Windhoek. Connecting flight cancelled so we had to overnight in Windhoek. Total chaos at the check in the next morning with one queue for Luanda, one for Johannesburg and many for other destinations. Although we arrived well in time, the queue moved slowly and there were lots of people. Then the booking clerks start shouting out for passengers for Cape Town and many rush forward. Chaos ensues and because we are travelling with children we cannot move as fast as others. When we are served we are told we have been bumped from the flight (it was over booked). Passengers behind us in the original queue make the flight. We have to overnight a second night in Windhoek (where we still are). Air Namibia are totally disorganized and have no regard for children.
10/10

During this Air Namibia flight, I received exceptional service from a flight steward on SWO714 between Cape Town and Walvisbay on 7th December 2015. He went the extra mile to help out with a difficult situation. I noticed on the steps to the aeroplane that I had left one of my hand luggage items in the restaurant in the departure lounge. This was a tragedy for me because the item was a very large framed photograph (shown below) I had taken of my son-in-law, and was meant to be his Christmas present. The steward immediately offered to find out whether it could be retrieved but there was too little time left before take-off. Later on he gave me a cell phone number to enquire with assurance that something could be done. When I phoned that number the following morning, I had little hope of any success but to my surprise the steward himself answered the phone, told me that the picture had been found and will be kept safely until my return from Namibia on 27th December. I ask him if there was any chance of getting the photograph to Walvisbay, seeing that it is a special Christmas present? He said he will see what he can do and will let me know. That very afternoon, I could pick up the picture from the Walvisbay airport – what an incredible service. 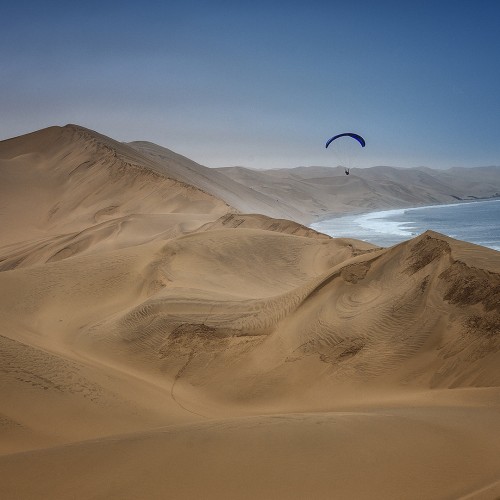 Air Namibia flight from Cape Town to Windhoek in economy class. I lowered my expectation before flying with them but it was still a dull experience. Fortunately, it was only 2 hour flight. The FAs seemed really not interested in doing their jobs. Only good thing was they were not rude. The food was abysmal. I don't even remember what I had. The cleanliness of the plane was below average. Despite this, Namibia is a fascinating place, so don't let the airline discourage you to come.
10/10

"has improved a lot"

Flew Air Namibia from Johannesburg to Windhoek. The staff were very polite and accommodating, there was a large group of us and they were all very helpful and understanding. We were only on the plane for a few hours, but food was served fast and the boarding and unboarding of the plane was quick and painless. I would happily fly with Air Namibia again.
21 to 30 of 79 Reviews