✅ Trip Verified | Beijing Capital may be one of the largest airports in the world and Terminal 3 may be attractive from an aesthetic point of view, but the airport lacks friendliness, public internet is disastrous, queuing at immigration may be very long, without special lanes for older or handicapped people (like Bangkok and Seoul) or business class, but the worst are the absurd immigration procedures if you have to transfer from one terminal to another: I was coming from Bangkok on Thai in Terminal 3 and had to transfer to Air Koryo in Terminal 2, so the procedure was as follows - to fill a special (blue) arrival and departure card - to queue to get a sticker en lieu of visa in your passport, after lengthy interrogation (where do you come from, where are you going, show me your tickets) - to go to the regular immigration line, to queue there again and to be asked again the same questions and show the same documents It is incredible that in an airport like Beijing, there is no train connection between terminals avoiding passage through immigration Business lounges are basic, and in the departure hall, there are no seating facilities, while waiting for the check-in counters to open.
1/10

Not Verified | One of the worst places I have ever transited in my life. 1) No smoking area for all you smokers (including myself) 2) Airport is freezing cold for no reason whatsoever 3) Staff are incredibly rude and very little English (Which is very surprising for a massive "international airport") 4) Transiting is very confusing due to very little signage (most is in Chinese anyway) 5) Very little shops to buy food or drink mostly are empty designer shops. 6) No atmosphere in the place, everything is just depressing. 7) Beijing is full of smog and the air vents in the airport are constantly blasting you with air from the outside which makes you choke you lungs out. Overall I booked flights with Air China because they were dirt cheap but the thing is, if somthing is too good to be true than it probably is so don't make the same mistake that I did and don't book with Air China because this is where you will be connecting and you don't want to do that. Avoid at all costs.
8/10

"they do a thorough job quickly"

Not Verified | Beijing Capital Airport suits me fine each time I fly in and out of Beijing. Many staff cannot speak English so it's helpful to speak Chinese to ensure you know how to ask questions. The security check is always stringent and the guards are more like police/army, they do a thorough job quickly compared to UK airport security facilities. China Customs are fine as long as all documents are fine, I speak to them in Chinese and always have my departure cared completed properly, they have never given me any issues. Signage may be bilingual but its always better to know the Chinese to help you find the gate. I personally don't use duty free at Beijing Capital, the choice isn't so good and its expensive but that's my only criticism. Food options are best at Terminal 3, with other terminals improving choices continually. Many people don't like this airport because staff aren't trained to serve passengers in the same was as airports do in the UK, USA or other western countries. The key is to understand Chinese to a respectable level because people aren't going to understand English, its not London or New York City!
2/10

"Many rude and unhelpful people"

✅ Trip Verified | Many rude and unhelpful people with absolutely no manners. They are so obsessed with security and collecting personal data/photos in the name of security. I will tell you a few things where I got scammed so you can be careful around this place. In order to get to the city, we were trying to catch a metered taxi. After reading other reviews about touts, we followed the signs to the taxi stand. Upon approaching the area, there were three "official" looking ladies (wearing something that resembles a Miss China pageant) who approached us with an official/helpful tone and asked which hotel we were going to. There was one with a computer terminal (fixed, giving it an official status), and after typing in to the computer, said it will cost us 260 Yuan for the taxi ride, and we should pay another 10 Yuan as toll fees to the driver. To our surprise, she then ushered us passing the yellow cabs, to another black town car, which was waiting at a distance. Later on (on our return) we realised that a metered fare would have been around 90-100 Yuan! Another trick they do is, pretending that the meter is running, and not even attempting to communicate in English (or sign language), demand that you pay a lot more. In terms of checking in to the airport, please remember to carry your extra camera battery, power bank etc in your hand luggage. There is no lame excuses, arguments, or decent dialogue, but they will confiscate it if they find it inside your hold luggage! They don't just mess around with these things, but will open your bag and take them out (and discard of them). The paid-for lounge is a bit of a joke, with only basic refreshments, overcrowded, with a lot of noisy passengers (yes, noisy ones)! No point though.
3/10

"airport security give me a shock"

Not Verified | The airport security give me a shock! That guy wanted me to take out all my coins from my pouch for a rescan. This is a 1st in my entire history of travelling to many countries. Either they got lousy system or untrained security personnel. Even coins also they cannot differentiate? Or maybe they pick on me? I have been there a few times and didn't happen.
2/10

✅ Trip Verified | Absolutely terrible. Staff barely speaks English and is quite rude. Very robotlike. Just keep repeating the same answer even if you ask them a different question or clarify. When people jump queues no one says anything. Long queues. Unclear signing for transit passenger. Is this really the best China can do?
8/10

"The terminal is big"

✅ Trip Verified | My experience at T3E Beijing airport was not bad. Positives: The terminal is big, and with plenty to explore and stretch your legs. Water and food, chilled filtered drinking fountains every other 50 meters or so, and there's plenty of cafes. Easy to navigate, yes the terminal is huge but the maps are fairly frequent and easy to understand, any experienced traveler should have no issue. It's chilly, maybe due to the large size, or the lack of people at the hour we flew in but I certainly felt the chill. Bring a hoodie. Staff language limitation, now this one is partially on me because they might not speak English much but I don't speak Chinese, you can manage ordering with english menus and the old faithful "point and nod" method of ordering. For customs/immigration the staff will give you the rundown for a transit visa, and otherwise it's fairly straight forward and not much talking needed. Wifi is a bit of a pain to rangle, you either have to submit your passport at a machine to get a wifi code, or put your phone number in on a web portal to get a code, and as for VPN's your mileage may vary, I had the best luck routing through Luxembourg. Chinese garden, there's a Chinese Garden area right at the centre of the terminal with a koi pond and everything, very relaxing place to sneak a nap. Phone charging, there are phone charging stations every other row of seats near the gates. Power banks, keep in mind the Chinese Goverments restrictions of power banks on all flights departing China, and make sure your power bank has it's rating and capacity written on the outside or it will be confiscated by security (even if you're transiting). I found a lot of the customs/immigration staff did not have much/any english so expect to do a lot of navigating solo, and do your research in advance on the customs/immigration process, if you do need a hand navigating Airline staff is your best bet as they usually have better english. 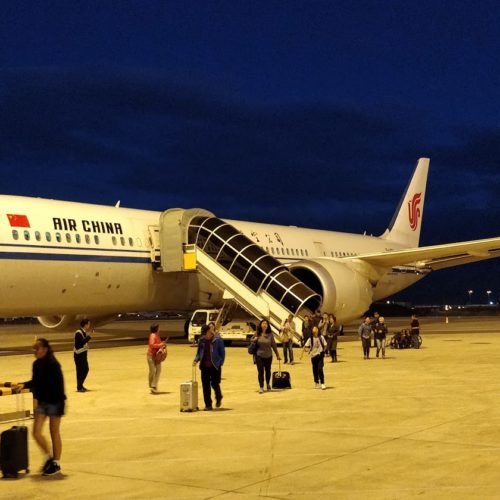 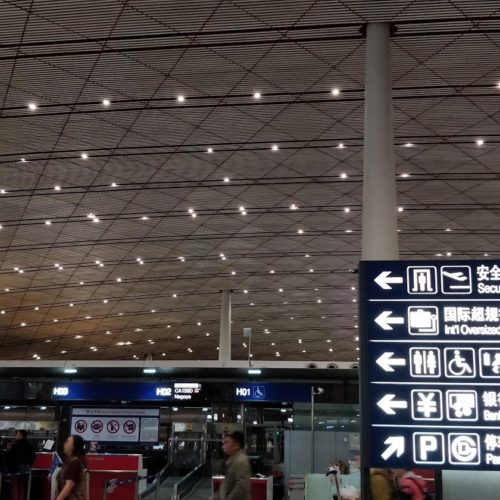 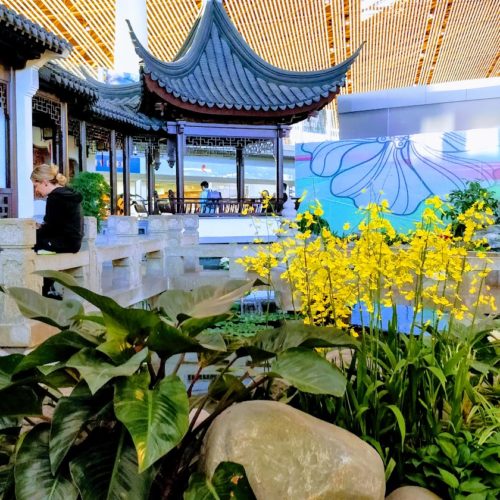 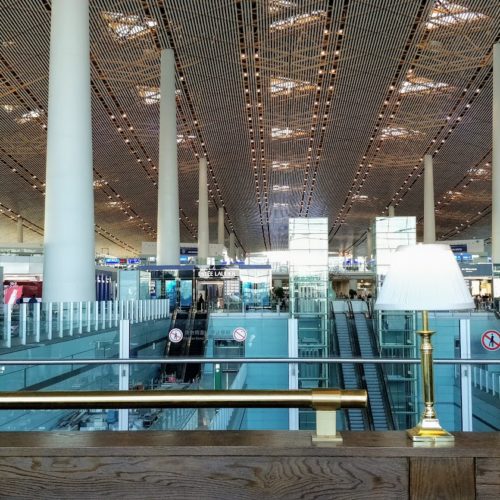 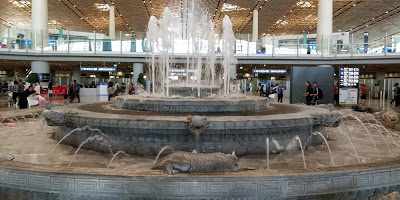 "will avoid the airport at all costs"

✅ Trip Verified | The airport is very cold, which makes longer layovers unbearable. Some parts are dirty. The security staff are unfriendly, impolite and constantly shouting. Items are randomly taken away from you, like in my case, a 50ml hair spray, one time, and a small powerbank of which the print wasn’t very readable anymore, another time. Even though I provided an order confirmation with technical details and a picture of the item, I couldn’t keep it. Decisions are made by the officer’s mood. With longer layovers, visa officers sometimes refuse to issue a 24hr visa, if the remaining time is less than 9/10 hrs - despite the travel time to the city center only being 30 minutes by train. The system for issuing the 24hr visa isn’t working sometimes, which leads to long waiting times. Only plus at this airport is, that the toilets are relatively clean and that there is WiFi. I will avoid the airport at all costs in future.
10/10

✅ Trip Verified | It was a unforgettable experience. Our first flight was late and we don't have enough time to transfer. We already prepared to change another plane, but when we arrived we see a staff already there and tell us he will help us until the last. He really did help us step by step to make sure we can go very quickly. After we reached the gate we still have ten minutes to fly.
1/10

"airport is a disgrace"

✅ Trip Verified | As the capital city airport this is a disgrace, especially compared to Shanghai Hongqiao or Guangzhou. Beijing Airport is dirty, the security and immigration queues are awful, anf the whole experience is terrible. Avoid flying here if you can.
21 to 30 of 221 Reviews